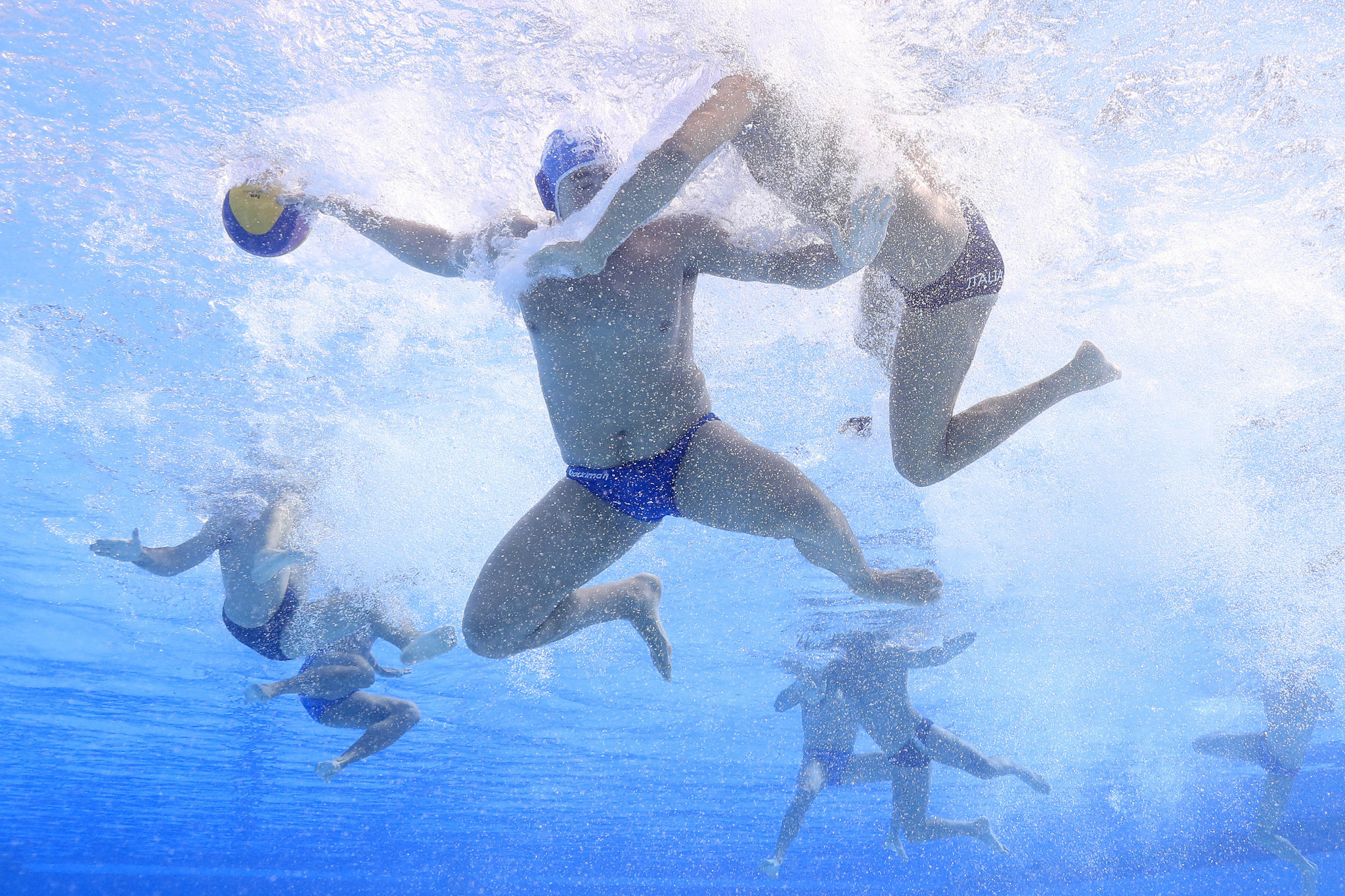 China clinched their 10th diving gold medal of the International Swimming Federation World Championships here in Budapest, while Italy and Spain set up a re-run of the 2019 men's water polo final with impressive victories in the last four of the tournament.

Defending champions Italy clinched their place in the final in a heated and fast-paced clash with Olympic silver medallists Greece in the Budapest sunshine.

Vincenzo Dolce led the way in the scoring charts for Italy, netting three times including the game's opener.

They led 4-2 after the first quarter, but Greece halved the deficit to 6-5 at half-time.

Konstantinos Genidounias had Greece level early in the third quarter, but Italy then stamped their authority on the semi-final to take a 9-6 lead early in the fourth following goals from Francesco di Fulvio, Nicholas Presciutti and another from Dolce.

Quick-fire efforts from Konstantinos Kakaris and Efstathios Kalogeropoulos had the Greeks to within one.

However, the Italians continued to pull clear, with di Fulvio firing them 11-9 in front with less than one minute to play.

Pressure from Greece yielded a penalty with four seconds to play after a lengthy video assistant review for an altercation, which Angelos Vlachopoulos scored from.

Italy inexplicably gave their opponents a late opportunity from the restart, but they could not capitalise on it, and the defending champions reached the final with an 11-10 win.

Spain's margin of victory was more comfortable, aided by a well-organised defence which limited opponents' Croatia's opportunities and the inspired goalkeeping of Unai Aguirre.

The first quarter was tied at 3-3, but Spain took control in the second, shutting out Croatia to take a 5-3 lead.

Their two-goal advantage remained intact in the third quarter at 7-5, before Spain added three further goals in the final quarter to clinch a convincing 10-5 win.

Croatia had knocked out back-to-back Olympic champions Serbia in the quarter-finals, but will have to contend with the third-place match against Greece on Sunday (July 2).

China's 10th gold out of 10 in the diving at the Duna Arena came courtesy of Duan Yu and Ren Qian in the mixed 10 metres platform synchronised event.

They topped the scoring in all five rounds, including 82.56 from an inward 3.5 somersaults tuck.

Ukraine's Oleksiy Sereda and Sofiya Lyskun earned silver with 317.01, while Delaney Schnell and Carson Tyler of the United States rounded off the podium with 315.90.

There are three remaining diving finals for China to complete a clean sweep, the first of those scheduled for tomorrow in the form of the women's 3m springboard.

Chen Yiwen of China topped the scoring in today's preliminary round and semi-final, and was followed by compatriot Chang Yani in both stages.

The women's water polo tournament is also due to draw to a close tomorrow, with Italy playing The Netherlands for bronze before a carnival atmosphere is expected for hosts Hungary's final against the United States, seeking their fourth title in a row.