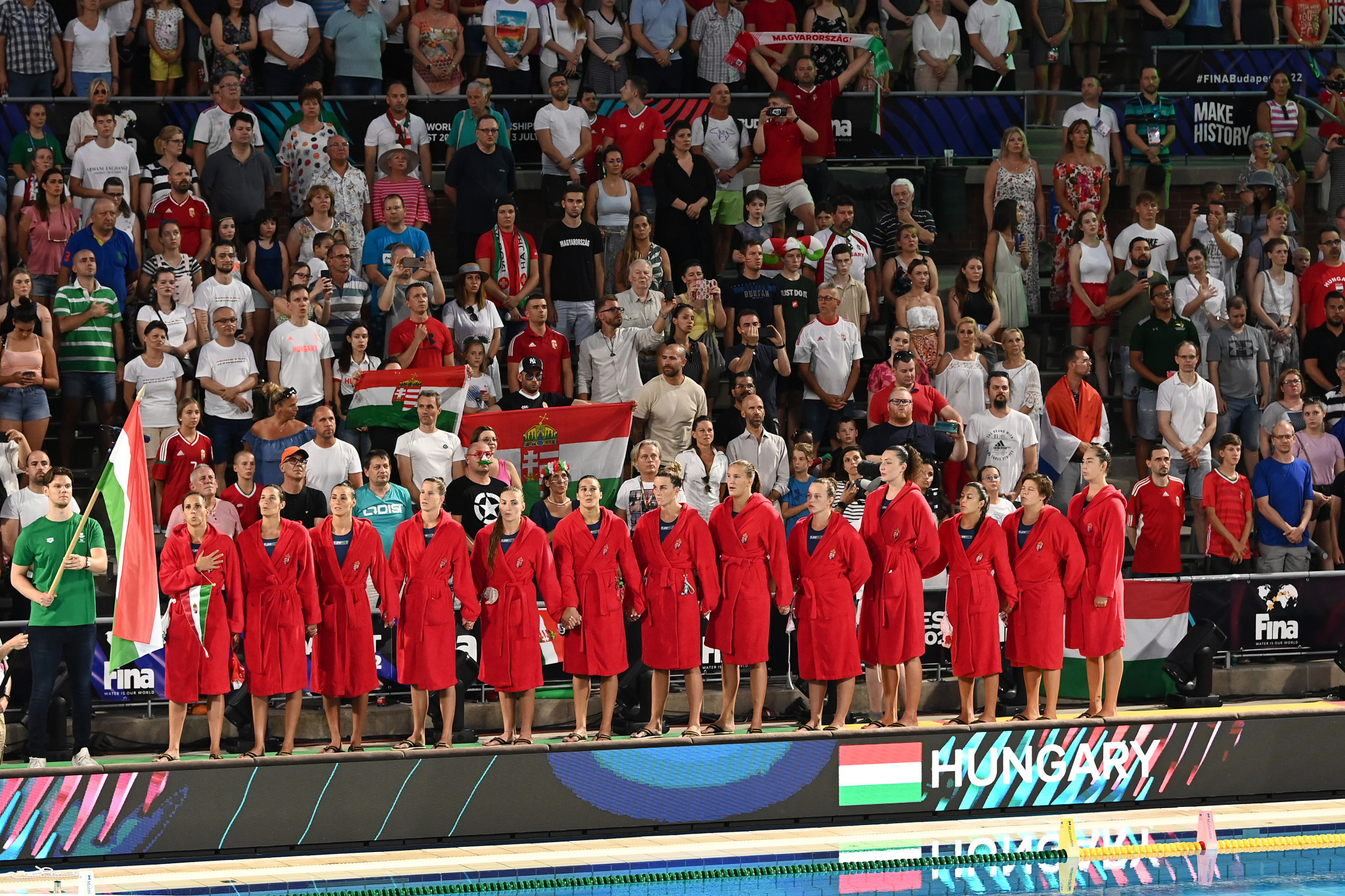 The US have won the women's water polo tournament at the last three World Championships and Olympic Games, and secured their passage to another final by beating Italy 14-6.

It was a superb team performance from the Americans in scorching conditions which underlined what a formidable side they are to face, with Rachel Fattal, Stephania Haralabidis, Ryann Neushul, Kaleigh Gilchrist and Jordan Raney all scoring twice.

Player of the match went to goalkeeper Amanda Longan, who was in inspired form and made 19 saves throughout the game.

Her reflexes particularly in the first quarter provided a platform for the US to take control of the tie, enabling them to lead 3-0 after eight minutes and 6-2 at half-time.

Olympic bronze medallists Hungary again played in the late match, and edged past The Netherlands 13-12 in a thrilling contest to reach their first final since their victory in 2005.

A topsy-turvy encounter featured some fine play at both ends.

The scores were locked at 6-6 at half-time.

In the third and fourth quarters, Hungary took a two-goal lead on five occasions, but The Netherlands stayed in the match, and levelled the tie at 12-12 midway through the fourth.

Dóra Leimeter struck what proved to be the winner for the hosts with a composed finish, and they snuffed out the Dutch threat for the remaining three-and-a-half minutes to progress to the final, sparking jubilant scenes.

China enjoyed further success in the diving at the Duna Arena, winning their ninth gold from a possible nine.

In the men's 1 metres springboard, Italy's Giovanni Tocci had looked set to provide a challenge to China's dominance when he topped the scoring in the preliminary round.

However, he endured a difficult final in which four of his dives ranked 11th or 12th for the round, and had to settle for 10th place with 326.75 points.

Defending champion Wang Zongyuan of China won his third gold medal of the Championships fairly comfortably with 493.10 in the final.

He topped the scoring in five of the six rounds, including a 90.10 inward 2.5 somersaults pike in the fourth.

Britain's Jack Laugher struggled in the preliminary round, but delivered in the final, following up his men's 3m springboard silver with another second-place finish.

Australia's Li Shixin returned to the podium for the first time since his back-to-back triumphs in this event in 2011 and 2013, when he represented China.

The other diving final was the women's 10m platform synchronised, which was won by Chen Yuxi and Quan Hongchan of China.

They topped the scoring in all five rounds, including an 89.28 from a back 2.5 somersaults with 1.5 twists pike on their final dive.

Chen and Quan finished on 368.40, and earned their second gold medals of the Championships after victories in the 10m platform and mixed team event respectively.

Delaney Schnell and Katrina Young of the United States recovered from a shaky start to claim silver.

Germany's Leah Boy finished 0.20sec further back, while the newly crowned 10km world champion Sharon van Rouwendaal of The Netherlands was third in 5:24:15.30.

Italy's Barbara Pozzobon missed out on the podium by just one second.

Tomorrow marks the 14th day of the FINA World Championships, with men's semi-finals scheduled in the water polo tournament between Italy and Greece, and Spain and Croatia.

The mixed 10m synchronised diving final is also due to be held.