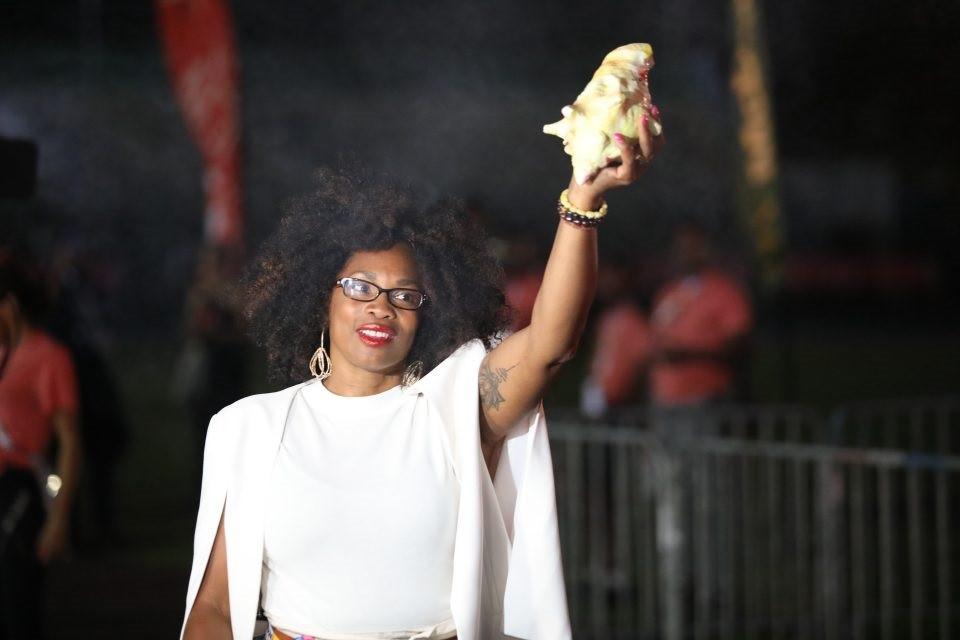 The long-awaited Opening Ceremony of the inaugural Caribbean Games was heralded an "historic party" as Guadeloupe put on a show at the Stade Des Abymes.

More than 800 athletes from 29 countries danced to the rhythm of the Caribbean and even sporadic rain could not dampen their spirits as the event was finally declared open.

Competition is set to get underway tomorrow - 13 years after the Games were originally scheduled to be first staged.

Trinidad and Tobago was initially set to stage the event in 2009 only for the country's Government to cancel at short notice due to fears about swine flu.

The COVID-19 pandemic then dashed plans to hold the Games in Guadeloupe last year, forcing organisers to push the event back to 2022.

Brian Lewis, head of the Caribbean Association of National Olympic Committees (CANOC), gave a speech at the Opening Ceremony where he invited everyone to enjoy the Games before embracing Guadeloupe 2022 President Alain Soreze.

All the Caribbean countries paraded in front of the fans to the delight of Pan American Sports Organisation President Neven Ilic who was among the officials present at the Stade Des Abymes.

"It's nice to see the joy of the athletes parading," said Ilic.

"They are the future of our sport and our work must focus largely on them, on the new generations.

"We started with the Cali 2021 Junior Pan American Games, then came the Rosario 2022 Youth South American Games and now the Caribbean has its own celebration of under-23 sport.

"I congratulate CANOC and Guadalupe for this fantastic and historic party and wish much success to the enthusiastic athletes."

In a video message International Olympic Committee President Thomas Bach said participants were "writing sporting history" and added that these Games give all of us "confidence and optimism for the future."

The first conch shell relay entered the stadium, ending its journey after visiting 32 towns across Guadeloupe since May 27.

The conch, like the Olympic Torch, is intended to transmit a message of peace and friendship along its route and heralds the start of the event.

Its journey began on the chosen date as it coincided with the abolition of slavery in Guadeloupe 174 years prior.

Athletics, 3x3 basketball, road cycling, futsal, judo, swimming and netball are all set to appear in the five-day event.

Track cycling was planned to be on the programme as well but it was removed after the proposed venue, Vélodrome Amédée Détraux, became unavailable.

An emergency meeting was called as venues for athletics and netball also pulled out and jeopardised the future of the Games before the Roger Zami Stadium and the Laura Flessel Sports Complex were offered to stage the respective sports.