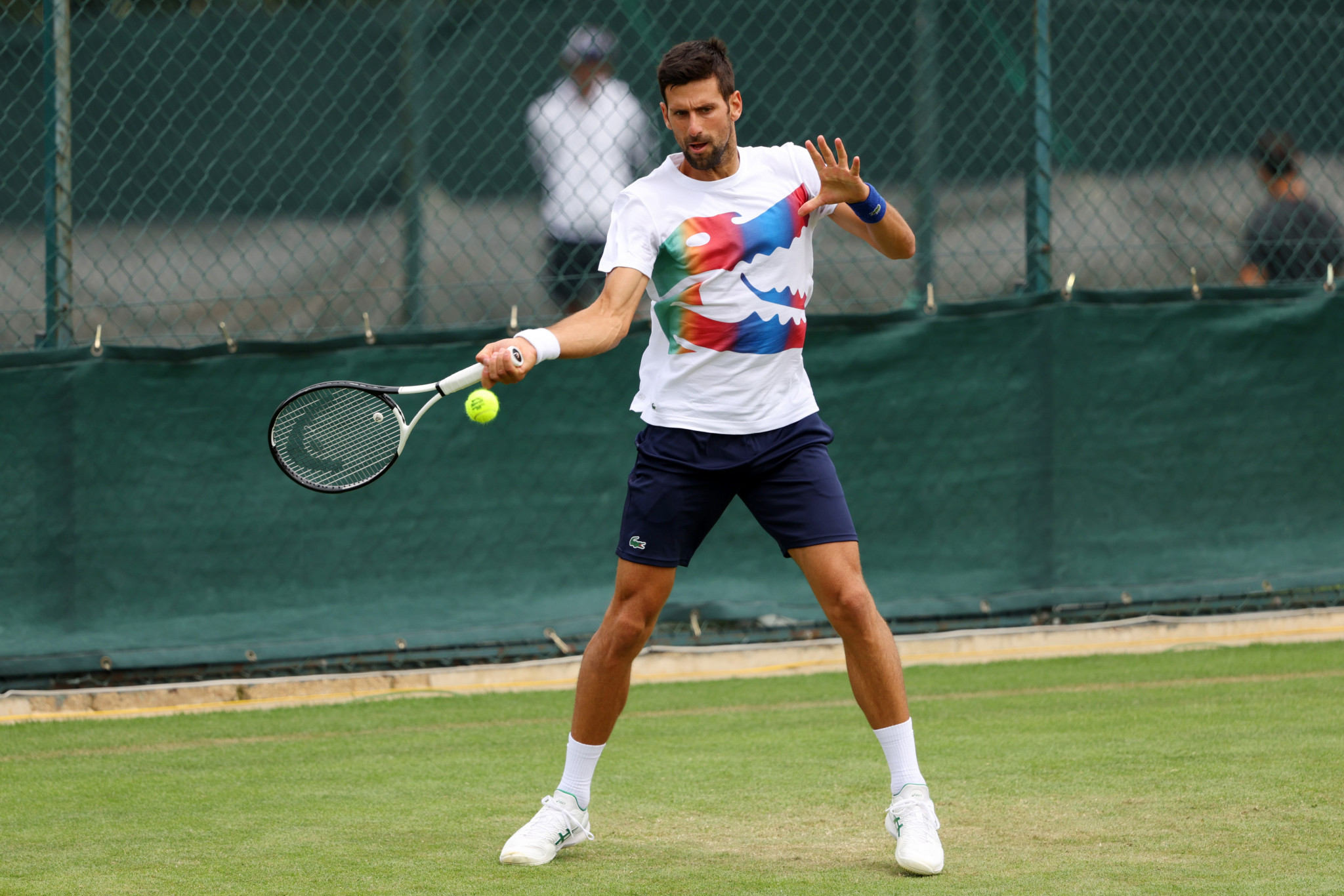 Defending champion Novak Djokovic of Serbia has reiterated his opposition to Wimbledon’s blanket ban of players from Russia and Belarus before he attempts to win a seventh men's singles title in London.

Wimbledon is set to start tomorrow but there will be no Russians or Belarusians in the field after organisers took the contentious move to ban them in response to the war in Ukraine.

Daniil Medvedev and Andrey Rublev, ranked world numbers one and eight, respectively, are among the Russian players who have been denied entry into the tournament.

The All England Lawn Tennis Club's (AELTC) decision has been welcomed by Ukrainians whose country remains under attack by Russian forces with the assistance of Belarus, but Djokovic is against the move.

"What I can say is that as a child of a war, several wars actually during the Nineties, I know what it feels like being in the position," said Djokovic.

"I just don’t see how they have contributed to anything that is really happening.

"They would accept the compromise that they’ve actually had as a situation or circumstances with the Olympic Games to play under a neutral flag.

"They deserve to compete.

"They are professional athletes.

"None of them have supported any war or anything like that.

"I understand both sides.

"It’s really hard to say what is right, what is wrong.

"But in my heart, as an athlete putting myself in a position where someone would ban me from playing because of these circumstances, and I have not contributed to that, I wouldn’t think that’s fair."

Wimbledon has been stripped of its rankings points by the Association of Tennis Professionals, the Women’s Tennis Association and the International Tennis Federation following the AELTC’s decision.

It means several players face dropping in the world rankings as they will be unable to gain or defend the significant ranking points a Grand Slam offers.

But the Serbian, who is set to meet South Korea’s Kwon Soon-woo in the opening round tomorrow, insists he is unfazed by the loss of points.

"It would probably affect players other than myself to be honest," said Djokovic.

"I don’t want to say that ranking points are not important for me - of course they are - but not as they were until recently.

"Now, I am not chasing the rankings as much as I had until I broke the record for the longest weeks at number one and then after that it wasn’t that important in terms of priority for me."

Spain’s Rafael Nadal is halfway to completing a calendar Grand Slam - a feat that has not been achieved since Rod Laver did so in 1968 - after winning the Australian Open and the French Open.

Other contenders include Greece’s Stefanos Tsitsipas, Italy’s Matteo Berrettini and Poland’s Hubert Hurkacz who have all won grass-court warm-up events.

Belarus’ world number six Aryna Sabalenka, who reached the semi-finals last year, is the highest-ranked women’s player who will miss the tournament due to AELTC's ban.

There will also be no defending champion following Australian Ashleigh Barty’s shock retirement earlier this year.

World number one Iga Świątek of Poland has yet to go beyond the fourth round at Wimbledon but will be the strong favourite having put together a 35-match winning streak, including securing the French Open title.

Home hopes will rest on the shoulders of reigning US Open champion Emma Raducanu, who produced an impressive run in last year’s tournament.

Czech star Karolína Plíšková will be determined to go one better this year after losing to Barty in the final and is among a number of title challengers, including formers winners Petra Kvitová of the Czech Republic, Simona Halep of Romania and Garbiñe Muguruza of Spain.

Seven-time champion Serena Williams of the United States has accepted a wildcard and is poised to make her first Grand Slam appearance since Wimbledon 12 months ago.

The 40-year-old, who is back from injury, warmed up for the event by playing doubles with Tunisian Ons Jabeur in Eastbourne.

"I didn’t retire, I just needed to heal physically, mentally," said Williams, who is one major title away from equalling Margaret Court’s record of 24 Grand Slam singles crowns.

"I had no plans, to be honest.

"I just didn’t know when I would come back.

"I didn’t know how I would come back.

"Obviously Wimbledon is such a great place to be, and it just kind of worked out."

Competition is due to start tomorrow and conclude on July 10.