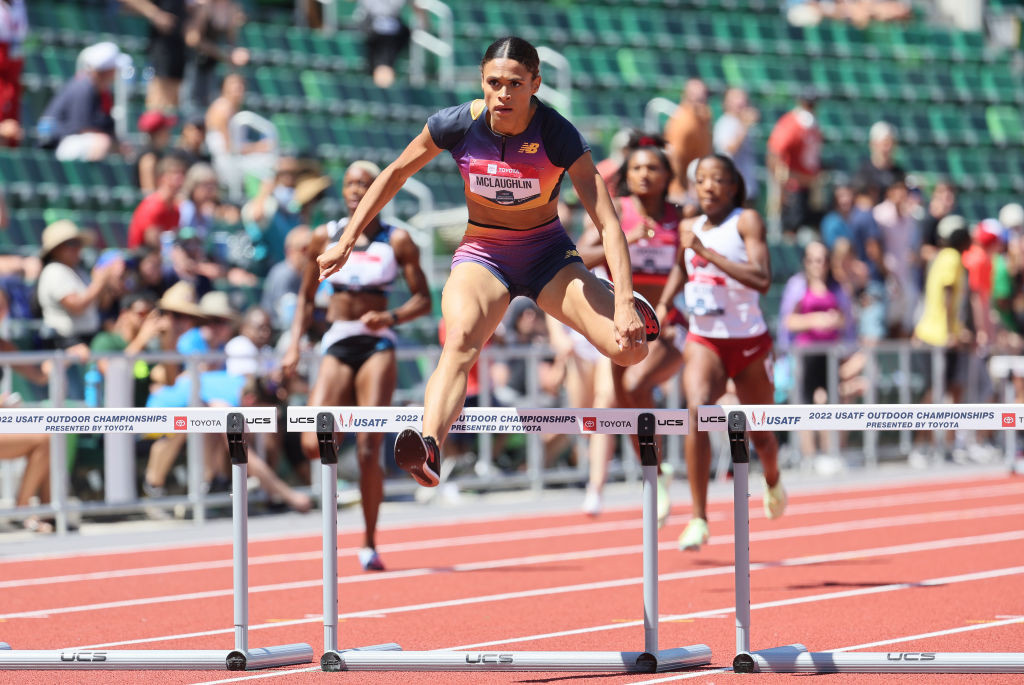 Sydney McLaughlin lowered her own women’s 400 metres hurdles world record to 51.41sec on the third day of the USA Track and Field (USATF) Outdoor Championships at Hayward Field in Eugene - the trials for next month’s World Athletics Championships at the same venue.

The 22-year-old from New Jersey reduced the mark of 51.46 she set in winning the Olympic title in Tokyo last year, having set her first world record of 51.90 on the same Eugene track during the Olympic trials.

The United States will also be represented by the Rio 2016 gold medallist Dalilah Muhammad, who has a wildcard entry as defending champion.

WORLD RECORD ?@GoSydGo amazes Hayward once more in the women’s 400m hurdles! She breaks her own record in 51.41!! #USATFOutdoors
?: @lhanndowns, Evan Poulsen pic.twitter.com/TVHhLb5KYr

Daniel Haugh won the men’s hammer throw with a best of 80.18 metres, with US record-holder Rudy Winkler second on 78.33m and Alex Young third on 76.60m.

Allyson Felix came sixth but is expected to be picked for the relays in her final season of competitive athletics.

Hillary Bor earned victory in the men’s 3,000m steeplechase in 8min 15.76sec and their was a popular second place for 33-year-old Rio 2016 silver medallist Evan Jager, who also ran under the World Championship standard with 8:17.29 after pulling clear over the final hurdle from Tokyo 2020 Olympian Bernard Keter, who was third in 8:19.16.

She does it again ?

The world record holder @Ken_AYE_ is the 2022 national champion in the women's 100m hurdles, crossing the line in 12.34!!#USATFOutdoors
?: @tgh_pdx_photo pic.twitter.com/NwoUuZNFsm

Kara Winger secured victory in the women’s javelin with a final throw of 64.26m.

NCAA champion Abby Steiner, who tops this year’s world list in the women’s 200m, won her opener in 22.14.