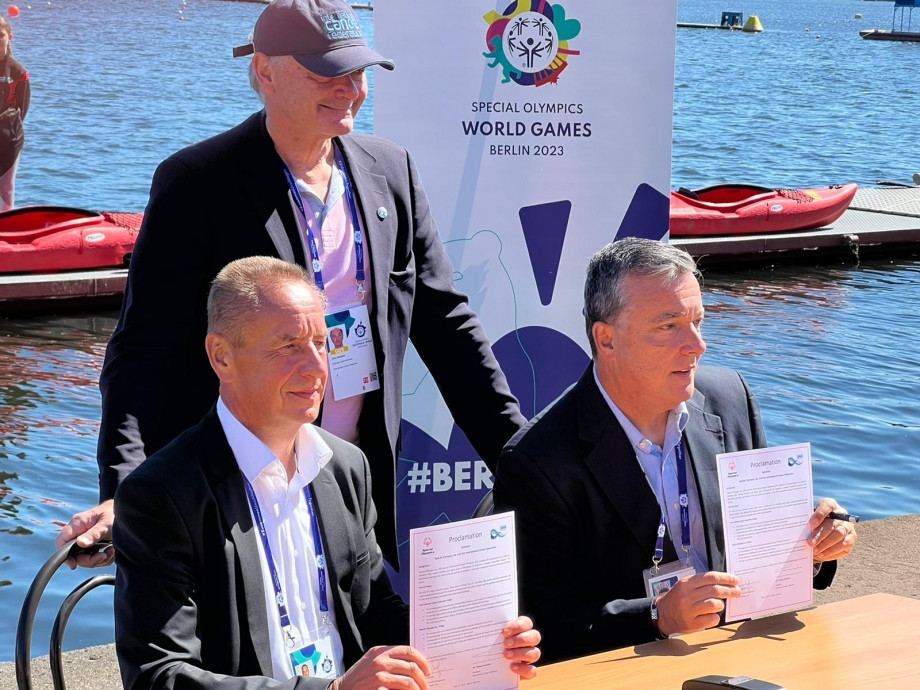 The International Canoe Federation (ICF) has marked a test event for next year's Special Olympics in Berlin by signing a Memorandum of Understanding which it claims will "consolidate a partnership which has been in place for almost two decades".

"There are thousands of paddling clubs throughout the world," Edwards said.

"This agreement will be an encouragement to each one of those clubs to become inclusive community centres of paddling for all members of their community.

"The ICF welcomes this cooperation agreement with SOI and the potential to expand the number of SOI members participating in our great sport."

🔊Calling all budding kayakers! We just signed a proclamation with the International Canoe Federation that will create more high-quality training opportunities to our interested athletes around the world ▶️ https://t.co/8hNzYV0nxm #ChooseToInclude @SOWG_Berlin2023 @PlanetCanoe pic.twitter.com/oxIoI8BSBA

Kayaking sports first appeared at the 2003 Special Olympics in Dublin and have been included at every Games since.

Demonstration events were also held at ICF World Cup events in 2019 and earlier his year.

"We have seen at our World Cup sprint and Paracanoe events in Poznań this year and in 2019, fantastic demonstration races which showed us all what a difference these types of opportunities can make," Konietzko said.

Kayaking is set to be one of 26 sports included in the 2023 Special Olympics World Games in Berlin, when 7,000 athletes from 170 countries are expected to participate.

"Special Olympics believes partnerships like this will inherently strengthen the ICF’s local kayaking programs and build its momentum as a rising sport within the movement around the world," Lauria said.

"Our ultimate goal is to send a strong message that true inclusion often comes to fruition by people coming together through the power of sport."

The 2023 Special Olympics World Games in Berlin are scheduled to run from June 17 to 25 next year.