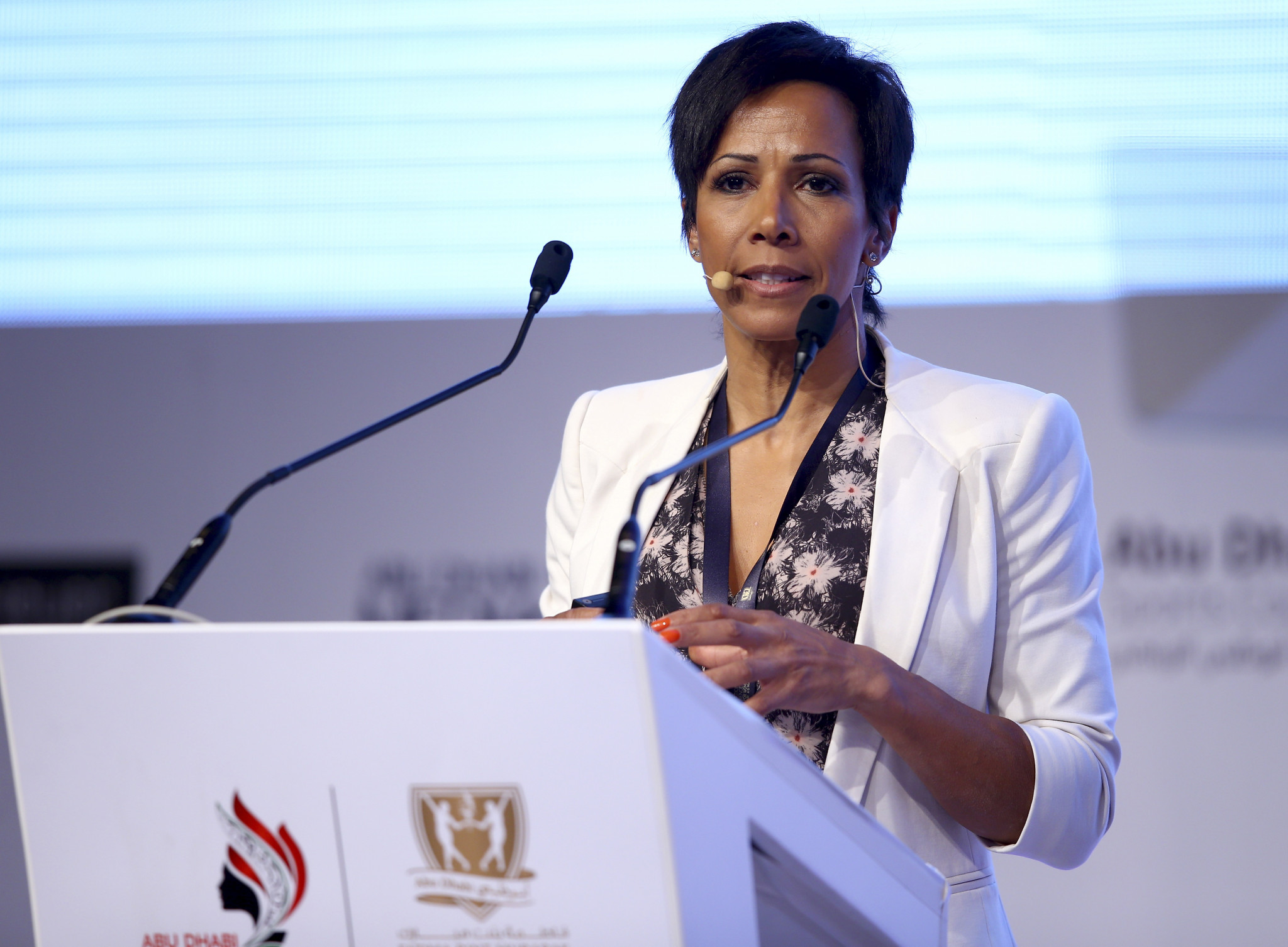 British athlete Dame Kelly Holmes, who won Olympic gold medals in the women’s 800 metres and 1500m at Athens 2004, has revealed in a newspaper interview that she is gay.

Explaining the timing of announcing the news, Dame Kelly said: "I needed to do this now, for me," as reported by The Sunday Mirror.

"It was my decision. I’m nervous about saying it. I feel like I’m going to explode with excitement.

"Sometimes I cry with relief. The moment this comes out, I’m essentially getting rid of that fear."

Dame Kelly, 52, made the announcement to coincide with Lesbian, Gay, Bisexual and Transgender (LGBT) Pride Month, held annually around the world in June to celebrate the contribution of lesbian, gay, bisexual and transgender individuals to society.

Before she pursued international athletics full-time, Dame Kelly served in the British Armed Forces, and it was during this period in her life that she realised she was gay.

Looking back on the moment when she was kissed by a fellow soldier in a bathroom block in 1988, Dame Kelly said: "I realised I must be gay then, because it felt good.

Dame Kelly’s family and close friends were supportive when she told them what had happened, however while serving in the Army she had to keep it a secret.

Homosexuality within the British Army was at that time illegal, however this law was changed in 1999.

Dame Kelly left the British Army in 1997 to pursue athletics full-time, and won a bronze medal in the Sydney 2000 Olympics in the 800 metres.

In 2003 she suffered with injuries and her mental health deteriorated.

"When I got injured or ill I would cry all the time because all I needed to do was get back running, because if I didn’t get back running my brain was just going mad," Dame Kelly recalled.

"I’d think, ‘no one talks about it in the sport, how do I suddenly say I’m gay? I can’t because I’m admitting that I broke the law in the Army’."

It culminated in Dame Kelly cutting herself with scissors in a bathroom on the eve of the 2003 World Athletics Championships in Paris.

"I was in a holding camp bathroom and literally wanted to scream so loud, I put the tap on to dull my tears," she recalled. "I did not want to be here any more.

"I cut myself on the arms and legs because I felt I had no control over myself. It was a release.

"Yet at the same time I had this pull to succeed, thinking, if I win gold it will all be okay."

A day later Dame Kelly won a silver medal in the women’s 800 metres, but did not seek help as she was fearful of being removed from the team if she revealed her sexuality.

Dame Kelly retired from the sport in 2005, the same year she was made a Dame Commander of the Order of the British Empire for services to athletics.

Dame Kelly suffered a mental breakdown in 2020, prompting her to contact a military leader to ask if she could still be sanctioned for her relationships in the Army.

After being reassured that she would not, Dame Kelly said: "I felt like I could breathe again.

"One little call could have saved 28 years of heartache."

Dame Kelly served as President of Commonwealth Games England between 2009 and 2015, and after retiring as an athlete also set up the Dame Kelly Holmes Trust, which aims to support thousands of young people around the United Kingdom, providing them with equal opportunities, and improving their health and wellbeing.