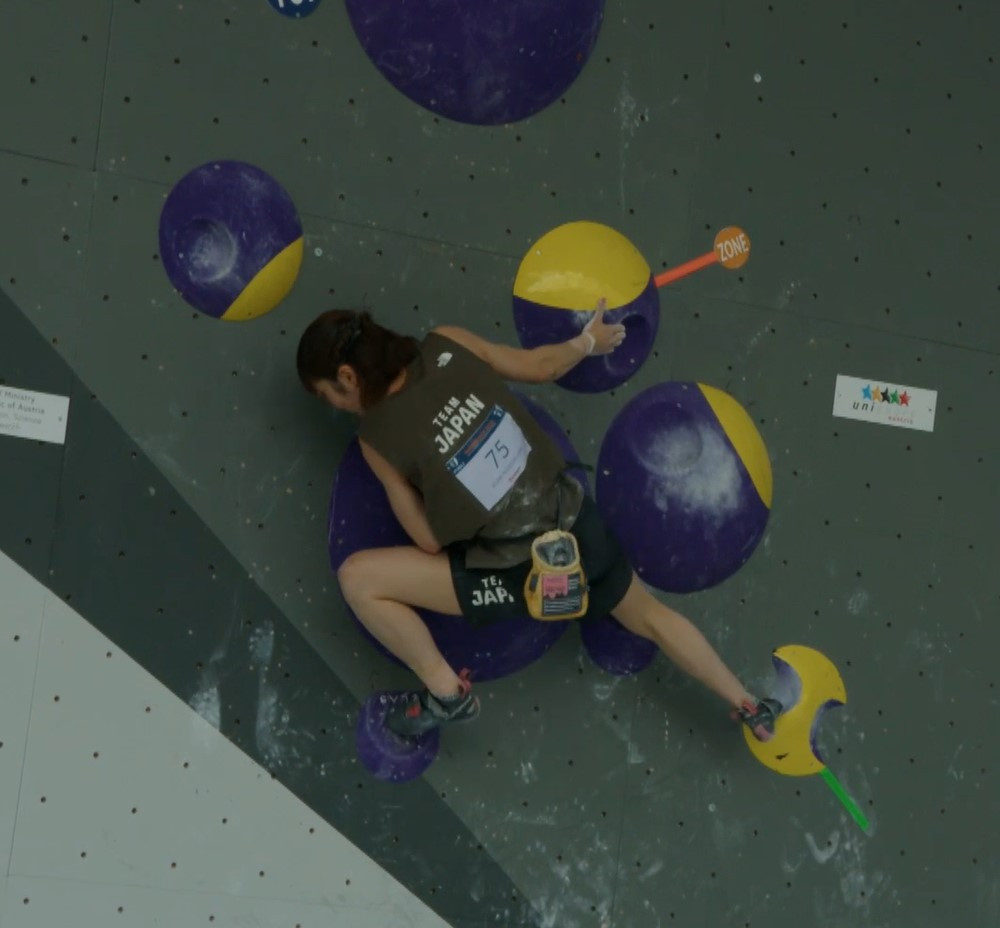 Hidemasa Nishida led a memorable podium sweep for Japan in the men's lead final in Austria after posting a score of 43+.

His compatriots Taisei Homma and Sohta Amagasa claimed silver and bronze with 41 and 36+ performances, respectively.

Nonoha Kume ensured a lead double for Japan as she narrowly won the women's event with 31+, pipping the United States' Melina Costanza on 30 points.

Another Japanese athlete in Ryu Nakagawa made up the top three with a score of 25+.

Ryo Omasa won the men's boulder final ahead of his team-mates Kento Yamaguchi and Amagasa.

All four scored two tops and four zones so the order was decided by the fewest number of attempts taken, putting Omasa on top.

The Austrian beat the US' Darren Skolnik by a time of 7.08sec to 8.52 while Plangger's countryman Lukas Knapp won bronze against Hajime Takeda of Japan in a thrilling contest.

Aleksandra Kalucka bagged Poland's only gold medal of the event with a dominant performance in a lop-sided women's speed final.

She reached the finish after 7.10, beating Italian Giulia Randi with ease as she posted a time of 11.33.

Her compatriot Natalia Kalucka won bronze in the small final, beating Ukraine's Alina Shchyharieva by 7.39 to 8.27.