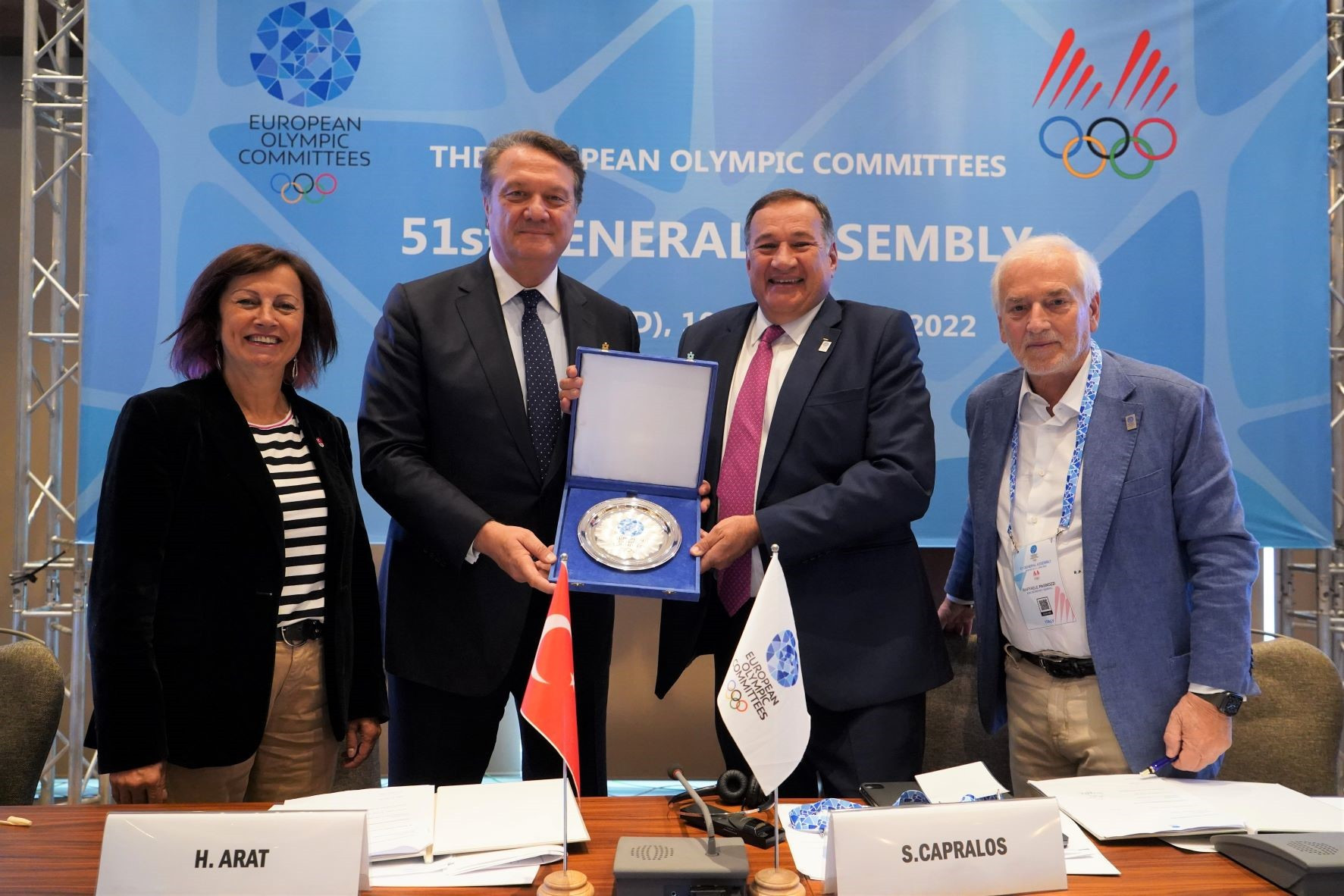 Istanbul in Turkey is set to host next year's European Olympic Committees (EOC) General Assembly, after a request to hold it at the later stage of October was approved here.

This followed last year's General Assembly in Athens, where Spyros Capralos was elected as President.

The EOC Articles of Association state that the annual meeting should be held by June 30, although a later date can be accepted if approved by the General Assembly.

The Turkish Olympic Committee (TOC) requested that next year's gathering be pushed back until October in order to avoid a clash with the country's general election on June 18, with a second round of voting scheduled for July 2 if required.

Capralos said that the EOC supported the proposal, and it was accepted by the General Assembly.

A specific date in October is still to be confirmed by the TOC.

Capralos later signed the contract for the 2023 General Assembly with Turkish representatives.

The 2020 General Assembly was also held in the second half of the year in November.

Turkish President Recep Tayyip Erdoğan has led the country since 2003, and is seeking a third term in the Presidential role he has held since 2014.

The President assumed sweeping new powers via a referendum and fresh elections in Turkey, following a crackdown after a failed military coup in 2016.

The General Assembly in Skopje also confirmed that the 43rd EOC Seminar is due to take place in Olympia in Greece on September 30 and October 1 this year.