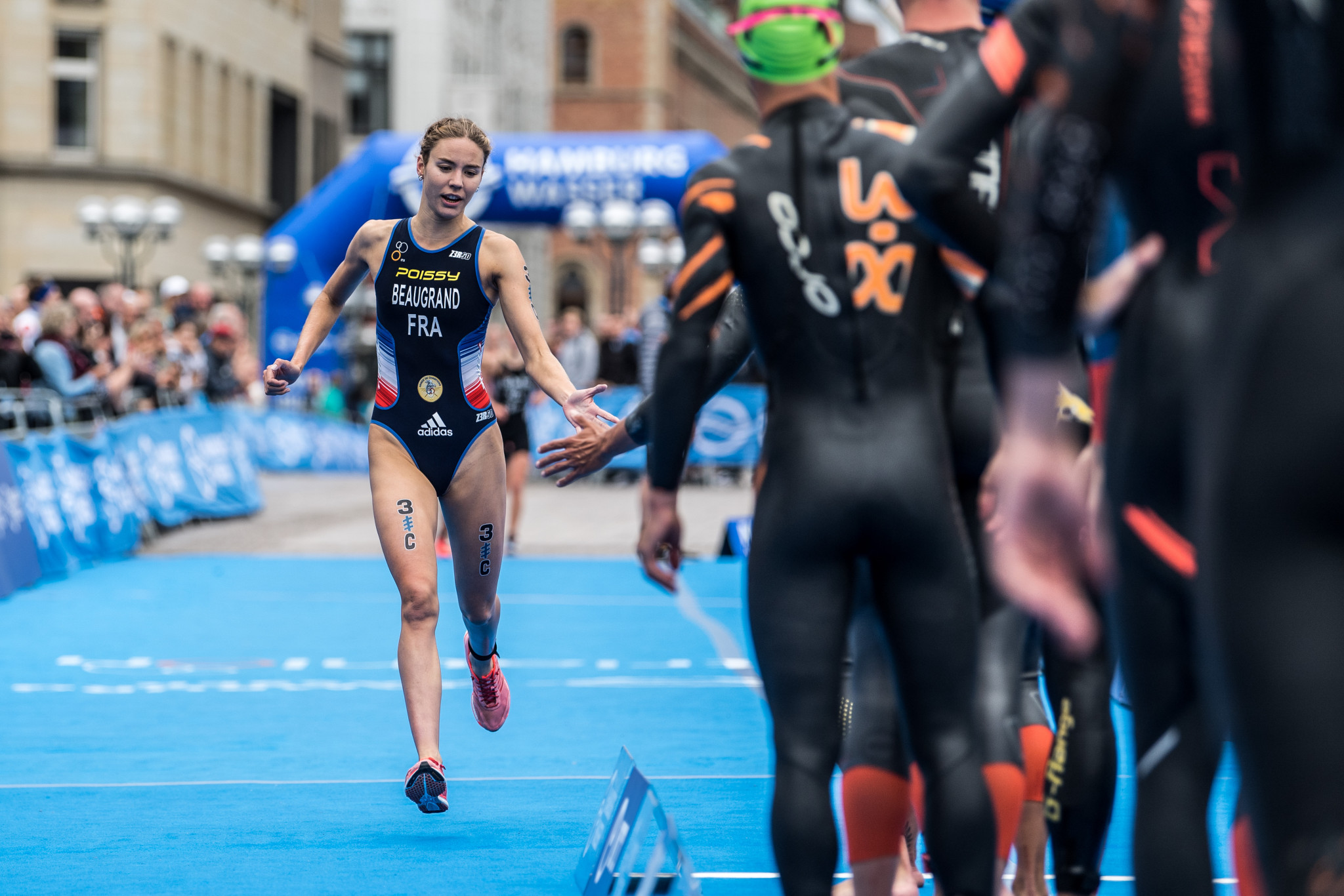 The men's pack was almost inseparable after the 750-metres swim and 20-kilometres bike leg, but Wilde finished the final leg, a 5km run, in blistering time to develop an insurmountable lead.

The Tokyo 2020 bronze medallist crossed the line after 53min 18sec following a run which was 20 seconds faster than the rest of the field.

Léo Bergere of France clocked in after 53:28 to secure silver despite leading for much of the race.

The Olympian recorded a faster time than Wilde in the swim and bike legs, but his run was 41 seconds slower than Wilde which ultimately cost him the gold medal.

Germany's Lasse Lührs outpaced Vasco Vilaca of Portugal to pip him at the line for third place.

The pair were shoulder-to-shoulder across the line but Lührs was ruled to have been faster despite both recording times of 43:38.

Pre-race favourites Jonny Brownlee and Alex Yee of Britain were unable to challenge for the win after crashing out part way through, something which Wilde has taken responsibility for.

"It’s a bittersweet victory to be honest," the New Zealander told BBC One.

"But there was part of that collision which was probably my fault.

"I just really want to apologise to Jonny Brownlee and Alex Yee, and my team-mate (Dylan McCullough) who I actually collided into a little bit, on the uphill there was a lot of speed going through there and we just caught that momentum and the guys went down behind me."

Beaugrand held off a strong challenge from Olympic champion Georgia Taylor-Brown of Britain in the women's event to secure gold.

The pair were evenly matched going into the final section but Beaugrand opened up an 11-second gap heading towards the finish line.