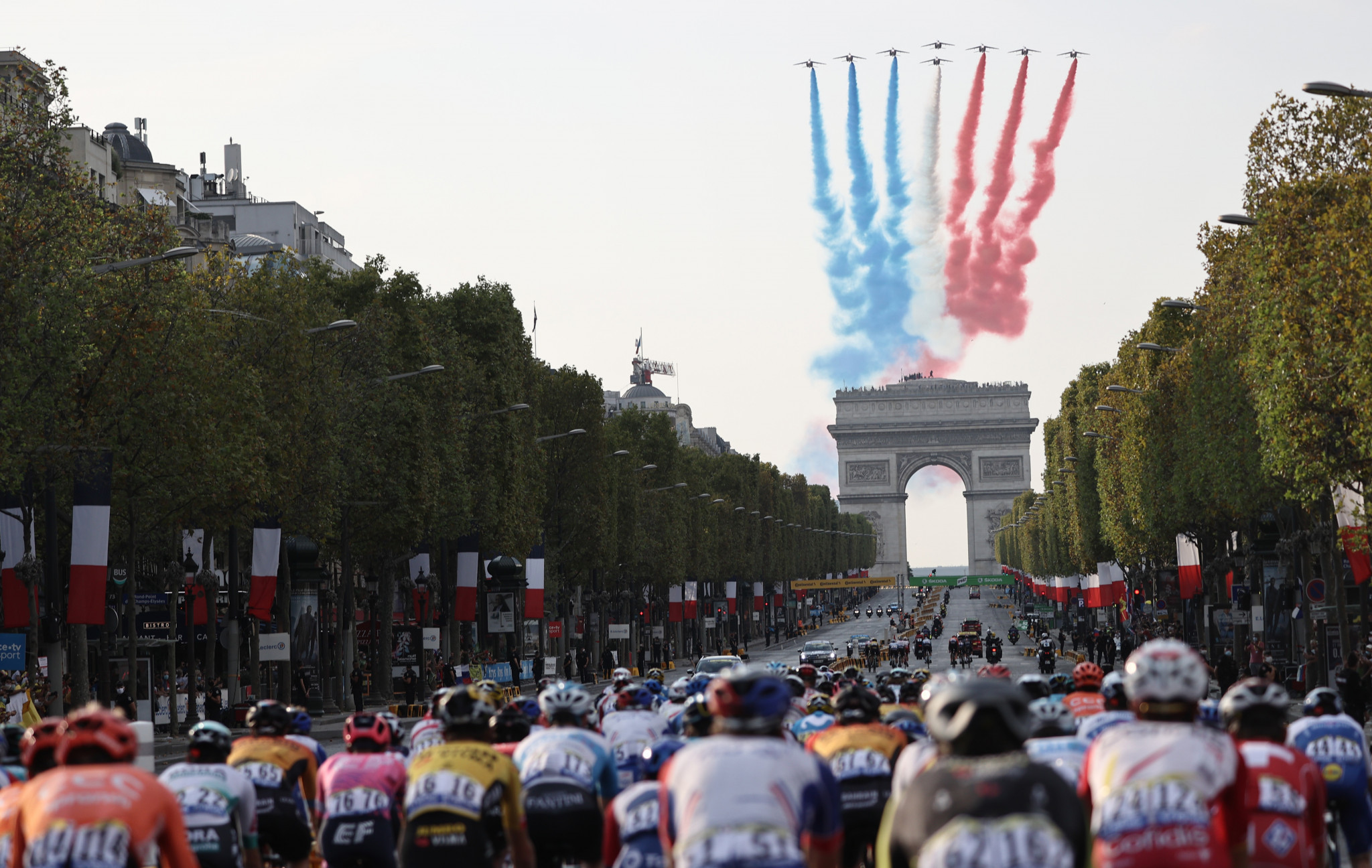 The Tour de France finale in 2024 is reportedly set to be moved from Paris for the first time in 2024 in order to avoid a clash with the Olympic Games, with Nice lined up as a potential replacement.

According to Italian newspaper La Gazzetta dello Sport, the final stage of the race is also due to be brought forward by five days to July 21 to avoid a clash with the Olympics.

French capital Paris has held the final stage at all 108 editions of the Tour de France dating back to 1903, with the Champs-Élysées hosting it since 1975.

By convention, the general classification leader is usually unchallenged on the final day of the Tour.

Nice on the French Riviera in the south-east of the country is poised to replace Paris for the final stage, Gazzetta reports, while Italy is set to host the Grand Départ for the first time on the Piazzale Michelangelo in Florence on June 29.

Under the plans, the first four stages of the 111th Tour de France would start in Italy, covering the Tuscany, Emilia-Romagna and Piedmont regions.

This would be the third year in succession that the start of the Grand Tour has been held outside France, with Denmark's capital Copenhagen due to host the first stage this year and Bilbao in Spain having the honour next year.

The Tour de France would not be the first major sports event in the country to be moved from Paris for 2024.

Marseille's Stade Vélodrome is due to host the Top 14 final in rugby union for the 2023-2024 season, with the Stade de France unavailable as it is being used for Paris 2024.

The Olympic Games in the French capital are scheduled for July 26 to August 11 in 2024, with the Paralympics following from August 28 to September 8.

The chaotic scenes outside the Stade de France prior to last month's men's UEFA Champions League final have prompted security concerns for the Games.

Organisers plan for at least 600,000 spectators to line the River Seine for the Opening Ceremony.