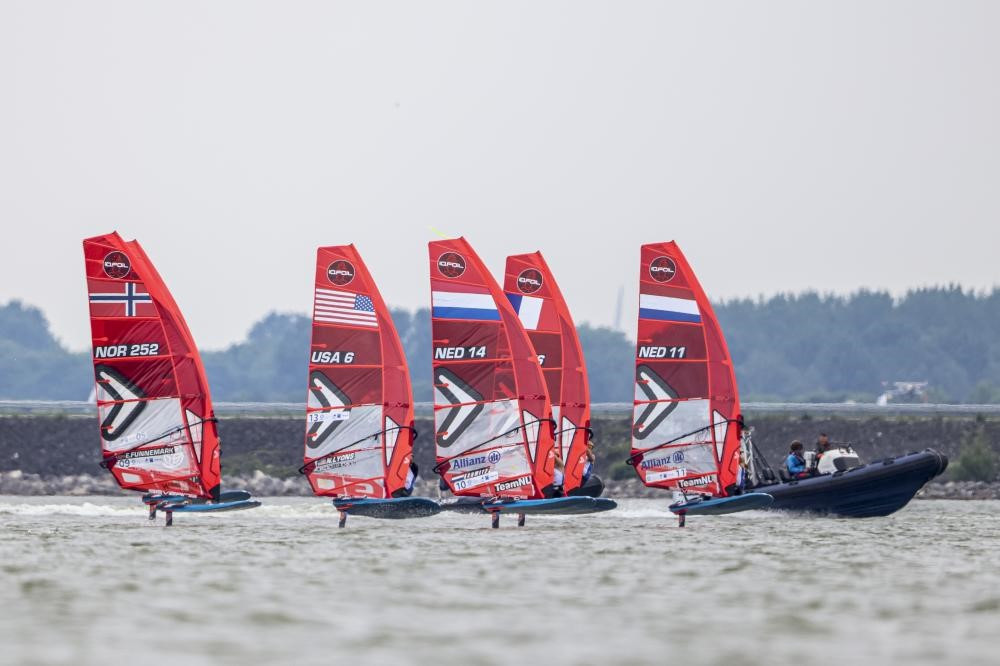 The Netherlands pulled off a podium sweep in the men's iQFOiL event at the Hempel World Sailing Series in Almere as the event came to a close in the Dutch waters.

The Dutch squad monopolised the men's iQFOiL podium with Huig Jan Tak claiming the gold medal with 16 points as his compatriots Max Castelein and Joost Vink followed behind with 19 and 28 points, respectively.

The division was not given an exciting finale, however, as insufficient wind meant that the final race was not contested.

"We didn’t have all the major players here but it’s still good to win," said Tak.

"I would love to have had the magic of crossing the finish line today and be able to win on the water, but still it’s good to win here at home.

"We’re going for more successes in the future and more easy wins, because we are a strong team."

Peru's Maria Belen triumphed in the women's iQFOiL class, which also suffered from a lack of wind resulting in the final race being scrapped.

She pipped training partner Lilian de Geus of The Netherlands to first place as Germany's Lena Erdil made up the top three.

Frenchman Benoit Gomez powered his way to victory in the men's Formula Kite final ahead of rival Lorenzo Boschetti before his compatriot Riccardo Pianosi bagged bronze.

Annelous Lammerts won another gold medal for The Netherlands who have enjoyed a fruitful home competition.

Lammerts won the four-board medal to seal a convincing victory while Giselo Pulido of Spain took the silver medal overall despite finishing last in the last race.

Gal Zukerman of Israel won bronze ahead of her countrywoman Maya Ashkenazi.