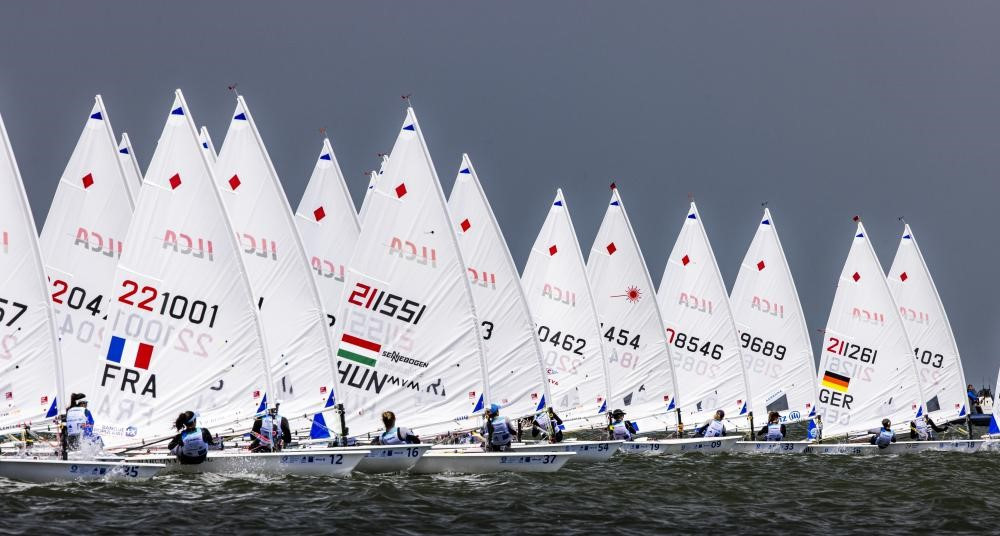 Spread across Almere and Lelystad, which will split the nine classes between them, competition is scheduled to end on Sunday (June 5).

The five boat classes are to be held in Almere, while Lelystad is to hold the four new foiling classes that are to be introduced at the Paris 2024 Olympic Games.

Benjamin Bildstein and David Hussl of Austria placed second, as did Pim van Vugt and Scipio Houtman of The Netherlands.

These were the first races of 12 scheduled at this World Cup.

In the ILCA 6 class, France occupy the top two spots after the first of eight races, with Barrue claiming the opening victory ahead of Louise Cervera.

Caroline Albano of Italy was third, followed by Canadian Sarah Douglas and Anna Munch of Denmark completing the top five.

In the absence of four-time world champion Marit Bouwmeester, the Dutch hopes fall on Maxime Jonker, who was ninth today.

In the RS Aero 7 class, Germany's Juliane Barthel took the opening race win of 13 in this World Cup.

Shivam Ramdas of The Netherlands was second and Noah Rees from Britain was third.

Completing the top five were Annemieke Beemster of The Netherlands and Germany's Julius Hornung.