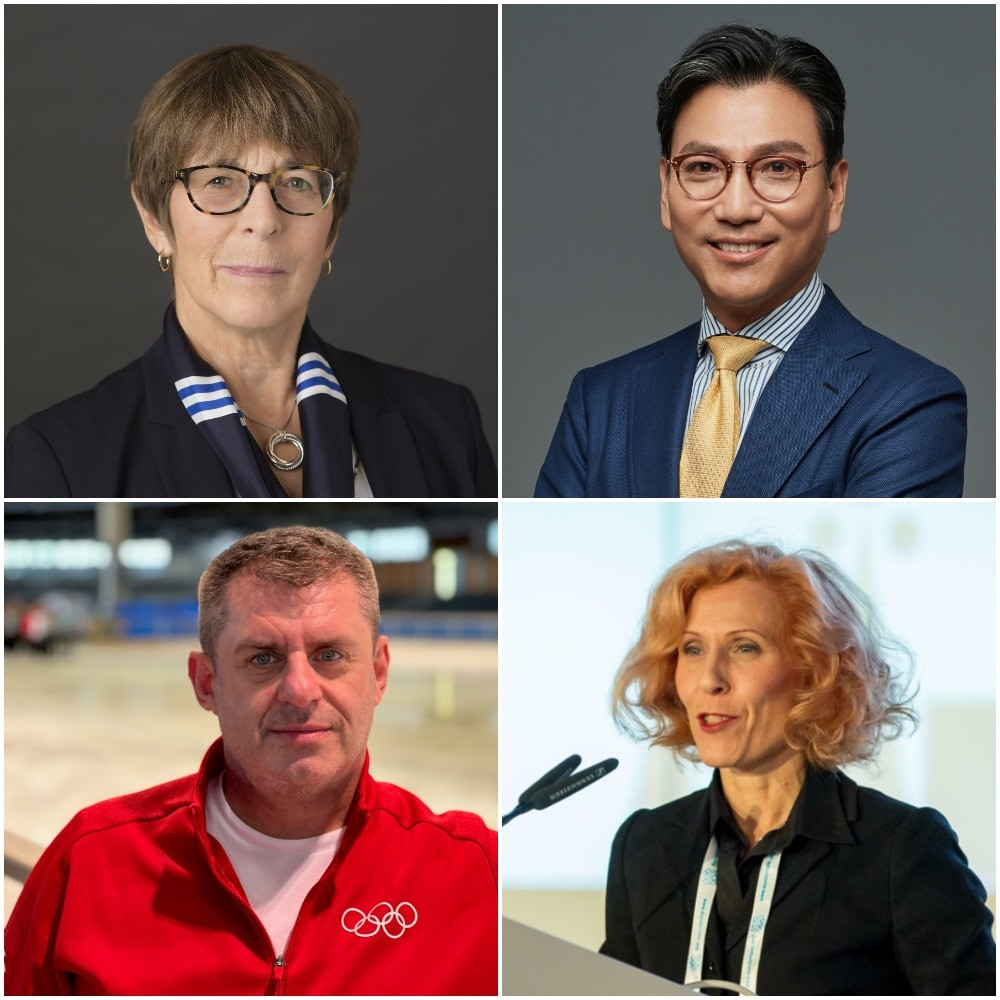 A new President of the International Skating Union (ISU) is set to be elected at the organisation’s much-anticipated Congress where members are poised to vote on several contentious issues over the next four days.

The exclusion of Russian officials from the upcoming elections, an increase in the age limit for figure skaters and a successor for ISU President Jan Dijkema are among the items that are due to be determined at the meeting in Phuket in Thailand.

A packed 106-page agenda will be presented to ISU members who will be attending the worldwide governing body’s first Congress since 2018 after postponements in 2020 and 2021 due to the COVID-19 pandemic.

Phuket is scheduled to stage the meeting from tomorrow until June 10 with the Presidential election due to be held on the final day.

Patricia St Peter of the United States, Kim Jae-youl of South Korea, Slobodan Delić of Serbia and Susanna Rahkamo of Finland are vying to replace Dijkema as the organisation that governs figure skating and speed skating.

Whoever wins the election will take over an International Federation that has come under increasing scrutiny following the controversy surrounding Russian figure skater Kamila Valiava at the Beijing 2022 Winter Olympics.

Valieva was just 15 when she competed in the Chinese capital but was at the centre of a huge scandal when it was confirmed that she had failed a drugs test.

The Valieva saga had raised fresh questions over whether an athlete of such a young age should be exposed to the intense focus that comes with performing on the biggest stage.

A vote is expected to take place at the ISU Congress over whether to raise the minimum age limit in figure skating from 15 to 17.

The Presidential election will see St Peter, Kim, Delić and Rahkamo go head-to-head for the right to lead the International Federation.

St Peter previously served as President of the US Figure Skating from 2009 until 2014 and has served on the ISU Council since 2016.

Away from skating, St Peter has more than 30 years of experience as a practicing lawyer.

The American official has pledged to create an integrity unit and launch a review of the ISU as she aims to secure a four-year term as ISU President.

Kim is also a former head of a National Federation having led the Korea Skating Union from 2011 and 2016 and was a member of the International Olympic Committee's Coordination Commission for Beijing 2022 having served as an executive vice-president of the Organising Committee of Pyeongchang 2018.

As well as these roles, Kim is President of Samsung Global Strategy Group and claimed that his experience made him well-suited to develop skating should he be elected to head up the ISU.

Rahkamo believes the ISU is "too traditional" and vowed to lead the organisation into a "new era" if she succeeds Dijkema as leader.

The former ice dancer has been the vice-president of the Finnish Olympic Committee since 2013 and led the Finnish Figure Skating Association between 2005 and 2014.

She achieved two medals at the European Championships, earning bronze and gold in 1995 as well as two world medals, including bronze in 1994 and 1995.

Delić is also in the running to take Dijkema’s place in the hotseat after being nominated by the Serbia Skating Association where he has been a member of the organisation’s Management Board since 2014.

The former international speed skater has worked as an advisor on technology within the Olympic Movement and has held a number of roles within Olympic Organising Committee’s including director of venue, technology management and results serves at Sochi 2014.

He believes the ISU needs to focus on developing well-rounded personalities and return to the fundamental principles of Olympism that seek to blend sport with culture and education.

Dijkema is set to step down as ISU President after six years in the top job but claims there has been "quite a lot of pressure internationally to stick with it for another four years".

At 77, the Dutch official has passed the age limit of 75, but a motion has been tabled by Estonia, Latvia and Lithuania to increase it to 80.

While Dijkema has turned down the chance to stand, 77-year-old Alexander Lakernik of Russia is aiming to extend his stay as vice-president for figure skating.

Lakernik faces opposition from Canada’s Benoît Lavoie, Japan’s Tatsuro Matsumura and Rahkamo, while Norway’s Tron Espeli is due to remain as vice-president in charge of speed skating after being confirmed as the only candidate for the role.

Joining Lakernik are five other Russian officials that are seeking election in various positions at the ISU Congress.

According to the ISU, more than 20 National Federations had called for Russia and Belarus to be barred from attending and standing at the organisation’s Congress in response to the war in Ukraine.

But the ISU Council has instead decided to put the proposals to a vote at the meeting in Phuket.

It is also proposing to impose "protective measures" to ensure the organisation is able to "act swiftly within well-defined limits" should an "extraordinary event" occur that compromises the conduct of its activities.

Terrorism, riots, civil unrest, war, strikes, chemical contamination and epidemics are among the situations deemed to be "extraordinary events" by the ISU Council.

Under the proposals, the protective measures may include the temporary suspension of ISU members "representing countries that caused or contributed to or are relevantly involved in the extraordinary event".

Members are set to vote on the "urgent matter", with a four-fifths majority required for it to be passed.

The full agenda for the ISU Congress can be read here.