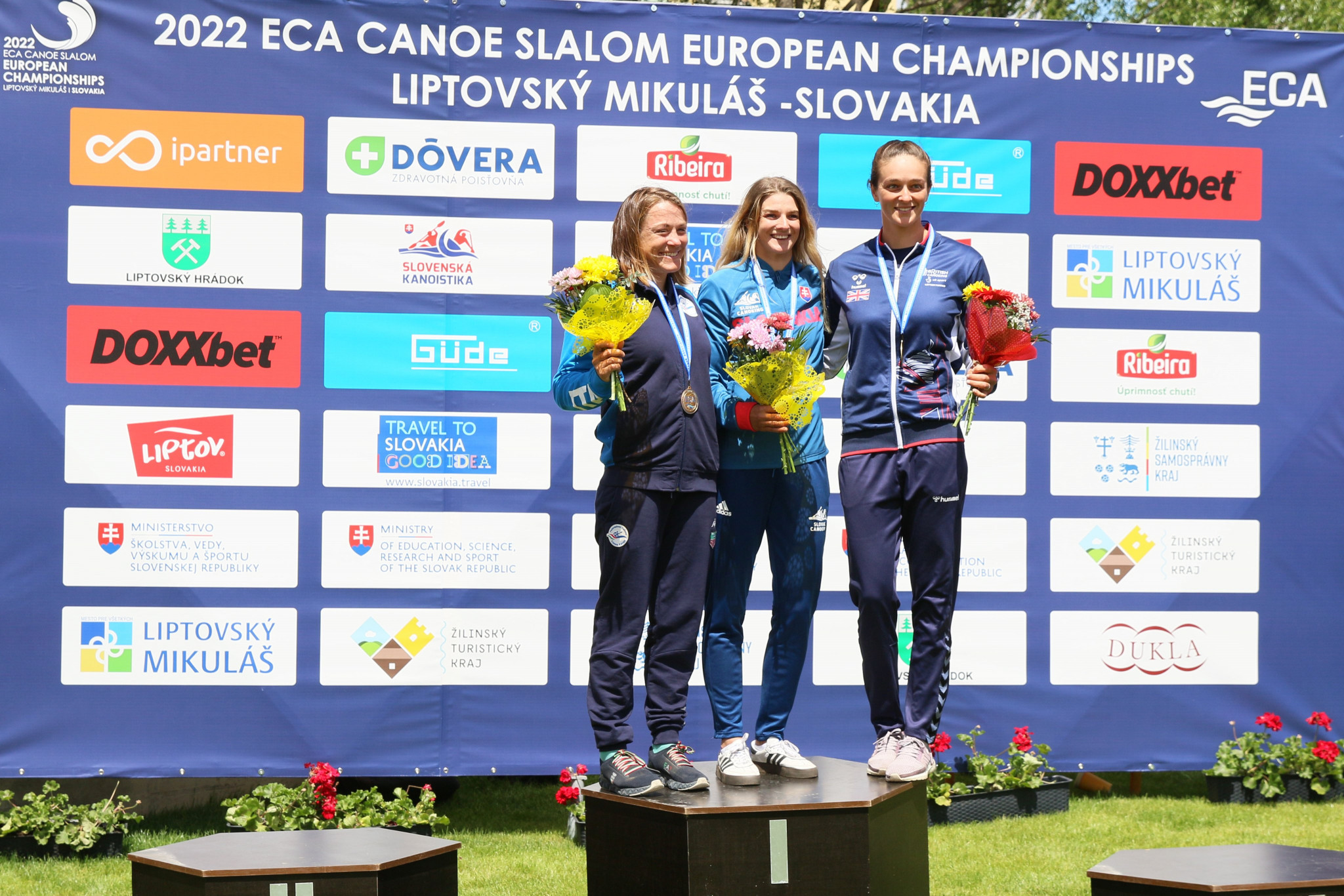 Horn and Mintálová both crossed the finish line in 1min 47.24sec at the Ondrej Cibak Whitewater Canoe Slalom course.

Earlier in the day, Horn had been quickest in the semi-finals with her time of 1:46.73, while Mintálová was only fourth fastest in 1:51.88.

The Netherlands' Martina Wegman was only 0.03sec shy of the podium in fourth.

Olympic champion Jiří Prskavec regained his men's K1 European crown, winning the final in impressive fashion in a time of 1:36.35.

That was the Czech athletes' fifth individual gold medal at the European Championships.

Prskavec was also the top performer in the semi-finals, clocking 1:36.64.

Italy's Giovanni De Gennaro was 1.32sec off the pace in second, claiming silver for the second year running.

The podium was completed by Austria's Felix Oschmautz in 1:39.45, who finished 0.16 clear of Britain's Rio 2016 Olympic champion Joe Clarke.

The ECA Canoe Slalom European Championships are due to conclude tomorrow with C1 and extreme canoe medals up for grabs.