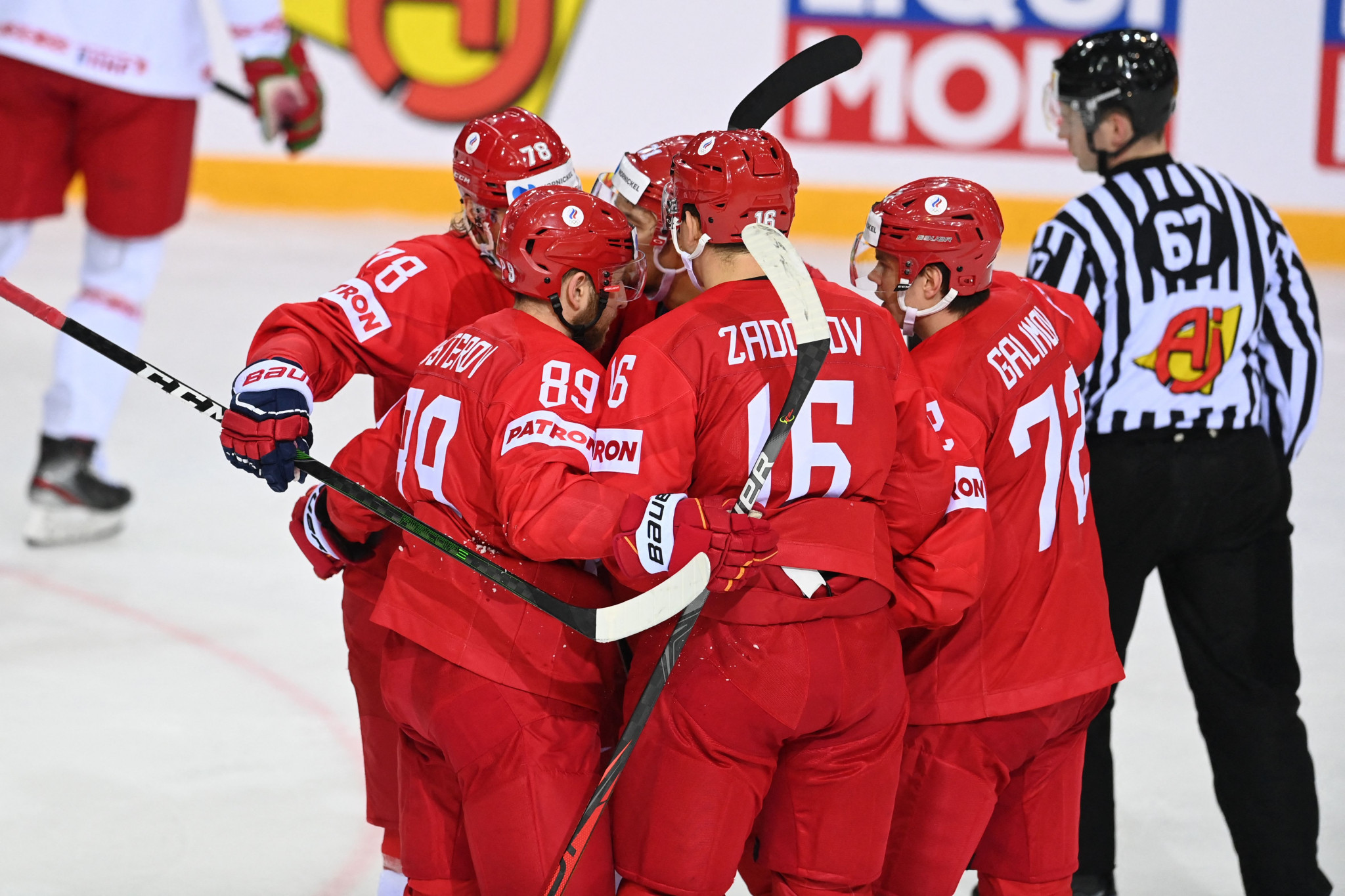 National teams of Russia and Belarus were suspended by the IIHF "until further notice" on February 28 in response to the invasion of Ukraine, and following recommendations from the International Olympic Committee (IOC).

Last month, Saint Petersburg was stripped of hosting rights for the men's 2023 IIHF World Championship, with the Congress approving Tampere in Finland and Riga in Latvia as its replacement.

At the IIHF Annual Congress at the Tampere Hall Convention Centre, a decision by the Council to "freeze the participation" of Russia and Belarus at World Championship events was ratified.

With both countries out of World Championship across all age groups for 2023, the IIHF has decided to fill tournaments to the regular number of teams.

This provision has failed to appease the RIHF and FHB, who have both released statements criticising the IIHF's decisions.

The RIHF said it "does not agree with the decision to freeze the participation of the senior Russian national team at the 2023 World Championship", and claimed "there are no legal grounds for this decision to be made".

It added that it would provide further statements after a decision by the IIHF Disciplinary Committee on its appeal against Russia's ban from international competitions, and against the country being stripped of hosting rights for next year's men's World Championship and World Junior Championship.

The appeal is expected to be considered by the Disciplinary Committee on June 15.

The FHB was more vociferous in its criticism, blaming the influence of "Western politicians" for the extension of the bans.

"We can simply state the fact that once again, under the guise of concern about our own safety, the IIHF violated all the principles of Olympism.

"If desired, one could find options, as is done in other sports, but hockey functionaries, representing, first of all, the countries of the Western bloc, do not even want to do this and only hear themselves."

The FHB also said it "has already prepared an appeal against the IIHF decision", but claimed that the sanctions offered "an opportunity for development and growth in other directions", including strengthening ties with the RIHF, which it described as "the leader of the world hockey".

Belarus was due to host last year's men's World Championship, but it was moved to Latvia due to safety and security issues, after the controversial re-election of Alexander Lukashenko as the country's President sparked protests and a subsequent Government crackdown.

Canada's triumph in Latvia drew it level with the combined 27 men's IIHF World Championship won by the Soviet Union and Russia, whose last victory came in 2014.

At the Beijing 2022, the Russian Olympic Committee - the "neutral" banner under which Russia's team competed due to doping sanctions - claimed men's silver in ice hockey after losing to Finland in the final, but was eliminated by Switzerland in the women's quarter-finals.

Just four days after the conclusion of the Winter Olympics on February 24, Russia, assisted by Belarus, invaded Ukraine, sparking widespread condemnation and leading to the countries being largely frozen out of international sport.

French official Tardif, elected as IIHF President in September last year, has declared that the IIHF hopes Russia and Belarus can return to its competitions "as soon as possible".

His predecessor René Fasel, a Swiss IOC honorary member, is under investigation by the IIHF Ethics Board over reportedly taking up a lucrative consultancy role with the Russian-funded Kontinental Hockey League, as well as public statements about the invasion of Ukraine.