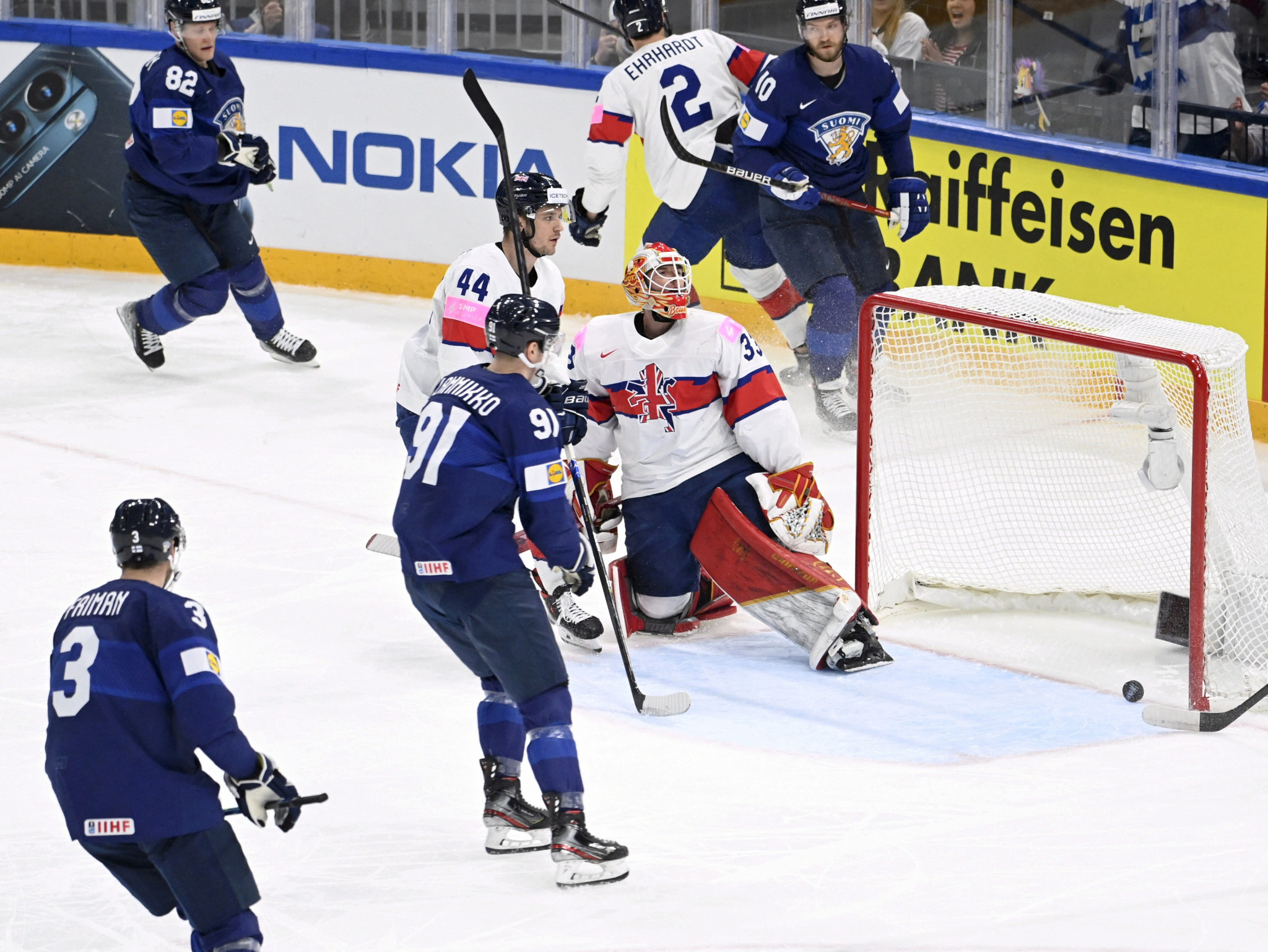 The tournament will be awarded at the IIHF Congress on Friday (May 27) after being stripped from Russia last month due to the invasion of Ukraine.

Two venues have been put forward - including Tampere's Nokia Arena which is being used at this year's ongoing World Championship in Finland.

Both countries have stepped in after Hungary was forced to pull out of its co-bid due to the country's Government failing to support it.

"We have done a lot of work in the last few weeks to make sports history and to host the biggest and most prestigious domestic ice hockey event of all time," Hungarian Ice Hockey Federation secretary general Levente Sipos said.

"Based on the feedback, the chances of a joint application with the Slovenians improved every day.

"We therefore deeply regret that in the short time available we have not been able to convince the Government of the benefits of hosting the top event of ice hockey sport in Hungary for Hungary."

Hungarian Prime Minister Viktor Orbán was re-elected for a fourth term in April and is seen as an ally of Russian President Vladimir Putin.

Budapest has developed a reputation for hosting sporting events, and stepped in several times when competitions were reallocated from other countries due to COVID-19.

The decision not to pursue the pinnacle ice hockey competition is therefore a departure from Hungary's normal willingness to stage major championships.

Dates of between May 12 to 28 have been proposed for next year in Finland and Latvia.

Russia is set to appeal being stripped of the tournament however, which it was due to hold in Saint Petersburg between May 5 and 21.

Under the Finnish and Latvian proposal, Tampere would host the final, bronze-medal match, both semi-finals and two quarter-finals.

Each city would host a preliminary group, while two quarter-finals would also be played in Riga.

The proposed host cities are more than 500 kilometres apart, with a flight time of 70 minutes.

Former bidders Hungary and Slovenia will play in the World Championship next year as newly-promoted sides from Division I Group A.

Their bid was presented under the motto "extreme circumstances require extreme decisions".

Both countries agreed to bid as they knew they were guaranteed a place at the tournament.

This is usually not possible for countries prone to yo-yoing between the top tier and the lower divisions, as the World Championship is awarded years in advance.

Hungary had put forward the MVM Dome in Budapest to host the final, bronze-medal match, both semi-finals and two quarter-finals.

One preliminary group was also proposed to be held there.

Slovenia's proposed venue was Arena Stozice in Ljubljana, where one group and two quarter-finals were planned.

Ljubljana was the host of the 1966 Ice Hockey World Championship when it was still part of Yugoslavia.

Finland has hosted the event nine times in total, with Latvia staging it twice.

Russia was also stripped of the 2023 World Junior Championship, which was reallocated to Canada.