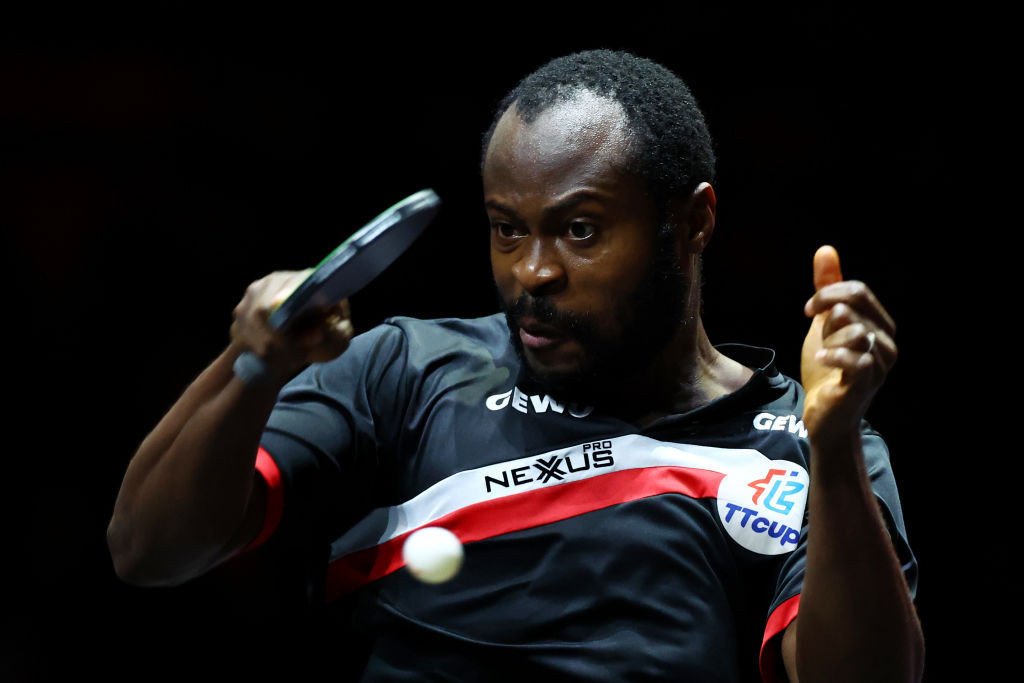 Top-ranked men’s singles player Quadri Aruna, seeking to win the International Table Tennis Federation (ITTF) Africa Cup title for a second time following his 2017 triumph, made a smooth start to his campaign in his home city of Lagos today.

The Nigerian favourite, currently 14th in the ITTF world rankings, earned an 11-4, 11-6, 11-6 win over Senegal’s Hamidou Sow in his opening Group 1 match.

Aruna, who earned African Cup silver in 2018, followed up with an 11-2, 11-8, 11-8 victory over Congo’s Saheed Idowu to earn a round-of-16 meeting tomorrow with Abdelbasset Chaichi of Algeria.

Bourass will play the Ivory Coast’s Don Ange Oba in the next round.

Egypt’s Omar Assar and defending champion Ahmed Saleh of Egypt, the second and third highest-ranked men’s singles players, also made their way safely into the last 16.

Meanwhile their compatriot Mariam Alhodaby, winner of the recent African Championships, has a bye into tomorrow afternoon’s quarter-finals, where she will meet the winner of tomorrow morning’s round-of-16 match between Nigeria’s Ajoke Ojomu and Sarah Hanffou of Cameroon.

At the other end of the draw Alhodaby’s fellow Egyptian Hana Goda, whom she beat in the African Championship final, is also automatically through to the quarter-finals where she will await the winner of the round-of-16 meeting between the Ivory Coast’s Salie Aka and home player Olufunke Oshonaike.

Nigeria’s Tokyo 2020 Olympian had to work hard to progress to that point, recovering from a 2-1 deficit to beat Tunisian youngster Mariam Zoghlami.