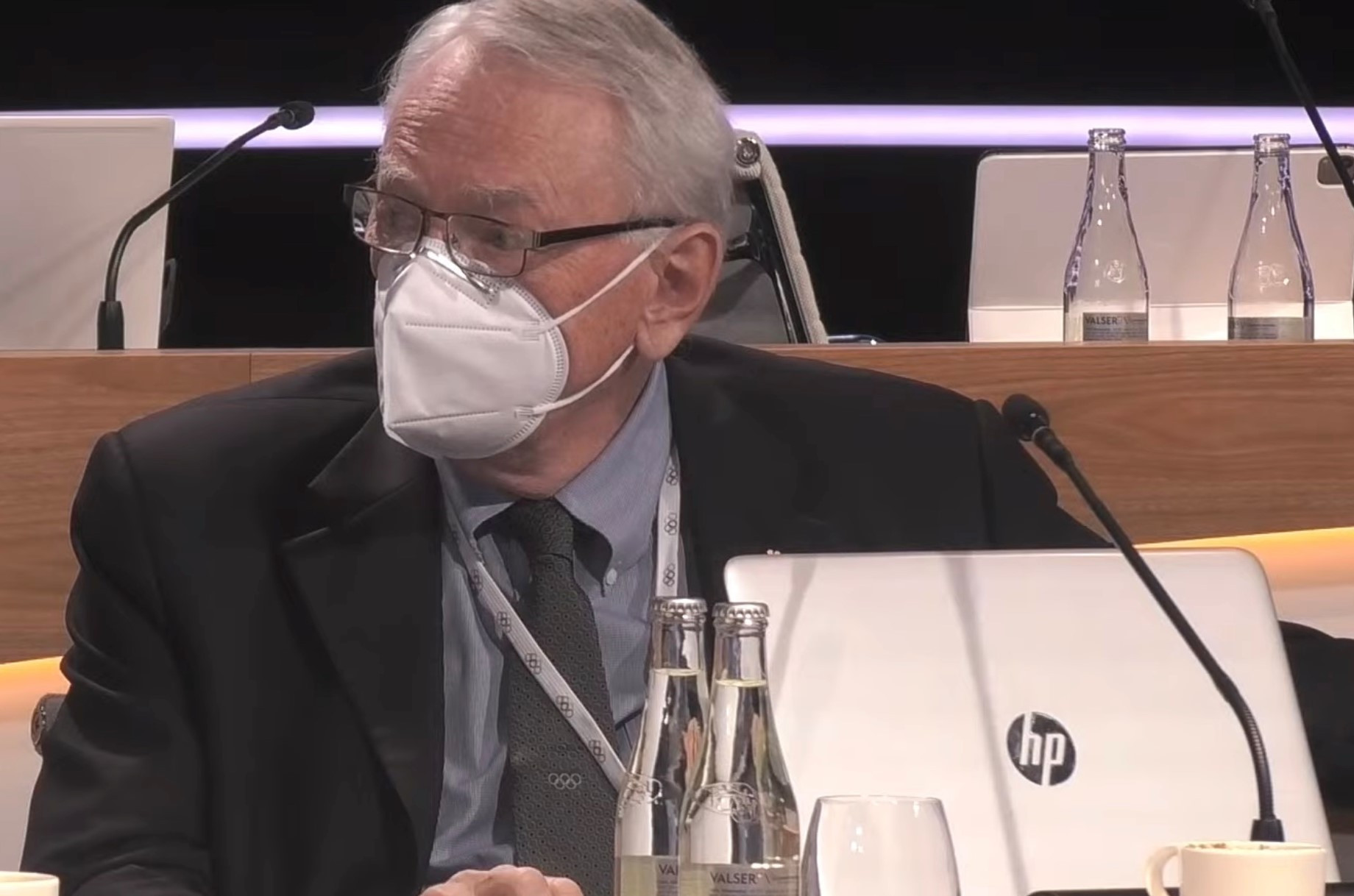 Richard Pound has been elected as an International Olympic Committee (IOC) honorary member here, with President Thomas Bach praising him as a "man of untiring inspiration and determination".

The Canadian official is the longest-serving IOC member having first been elected in 1978.

However, he has reached the age limit of 80 for IOC membership, and is to become an honorary member next year after a unanimous verdict from the 139th IOC Session.

The IOC Executive Board proposed to the 139th IOC Session that Pound is elected as an honorary member, which was approved on a unanimous verdict.

Bach highlighted his contribution to the Olympic Movement dating back more than 60 years to his appearance at the Rome 1960 Olympic Games as a swimmer.

"During our many years together on the IOC Executive Board, and in the IOC, we all could gather many experiences about your direct and straightforward approach to any issue," Bach reflected.

"You were always able to initiate a lively dispute on many subjects.

"This commitment was and is your driving force.

"Dear Richard, the IOC and the Olympic Movement have greatly benefited from your leadership."

He has held numerous roles with the IOC, including as a member of the Future Host Commission for the Games of the Olympiad since 2019.

In 1999, he became the founding President of the World Anti-Doping Agency (WADA), a position he held until 2007.

From 2008 until the end of 2020, he served as the IOC's representative on the WADA Foundation Board.

Pound thanked the Session for electing him as an honorary member, before delivering a closing speech which covered several topics, including potential changes to the Olympic Games sporting programme.

He described Russia's invasion of Ukraine as "disturbing and saddening", before expressing "a major personal disappointment with respect to both of the recent Games, and that is the refusal of the Organising Committees to issue and distribute the traditional participation medals, principally to the participation athletes".

"In what we describe as an athlete-centred experience, participation medals are an important recognition of having taken part in the most important sporting event in the world, and I simply do not understand why the OCOGs [Organising Committees of the Olympic Games] did not live up to their commitments," he said.

"A computer-generated paper certificate is not substitute for a participation medal."

He then offered "a partial inventory of matters which I believe will require strong ongoing attention".

"In communications we need a constant review of targets, objectives and methods.

"We need to consider the Youth Olympic Games' place in the international sports system.

"We need to stay alert to the IOC roles and responsibilities and matters of sport governance.

"Regarding Olympic Congresses, we need to reassess their role and their utility.

"In Olympic Channel Services, there's probably an ongoing and possible evolving role of that organisation.

"With respect to the Court of Arbitration for Sport, I think we need a cyclical assessment of both its operations and outcomes.

"And finally ensuring at all times that all our decisions are driven by our Olympic vision."

Hungarian Schmitt was elected as an IOC member in 1983, and is a two-time men's team épée Olympic fencing gold medallist.

Outside of the IOC, he served as Hungarian Olympic Committee secretary general and then President from 1989 until 2010, and President of the World Olympians Association from 1999 until 2007.

"As a fellow fencer, it is a special honour and privilege to express the thanks of all IOC members for your many years of dedicated services to advance and promote our Olympic Movement," Bach said of Schmitt.

Both he and Pound are set to start their terms as honorary members from January 1 2023, which would leave Princess Nora of Liechtenstein as the longest serving IOC member, having been elected in 1984.