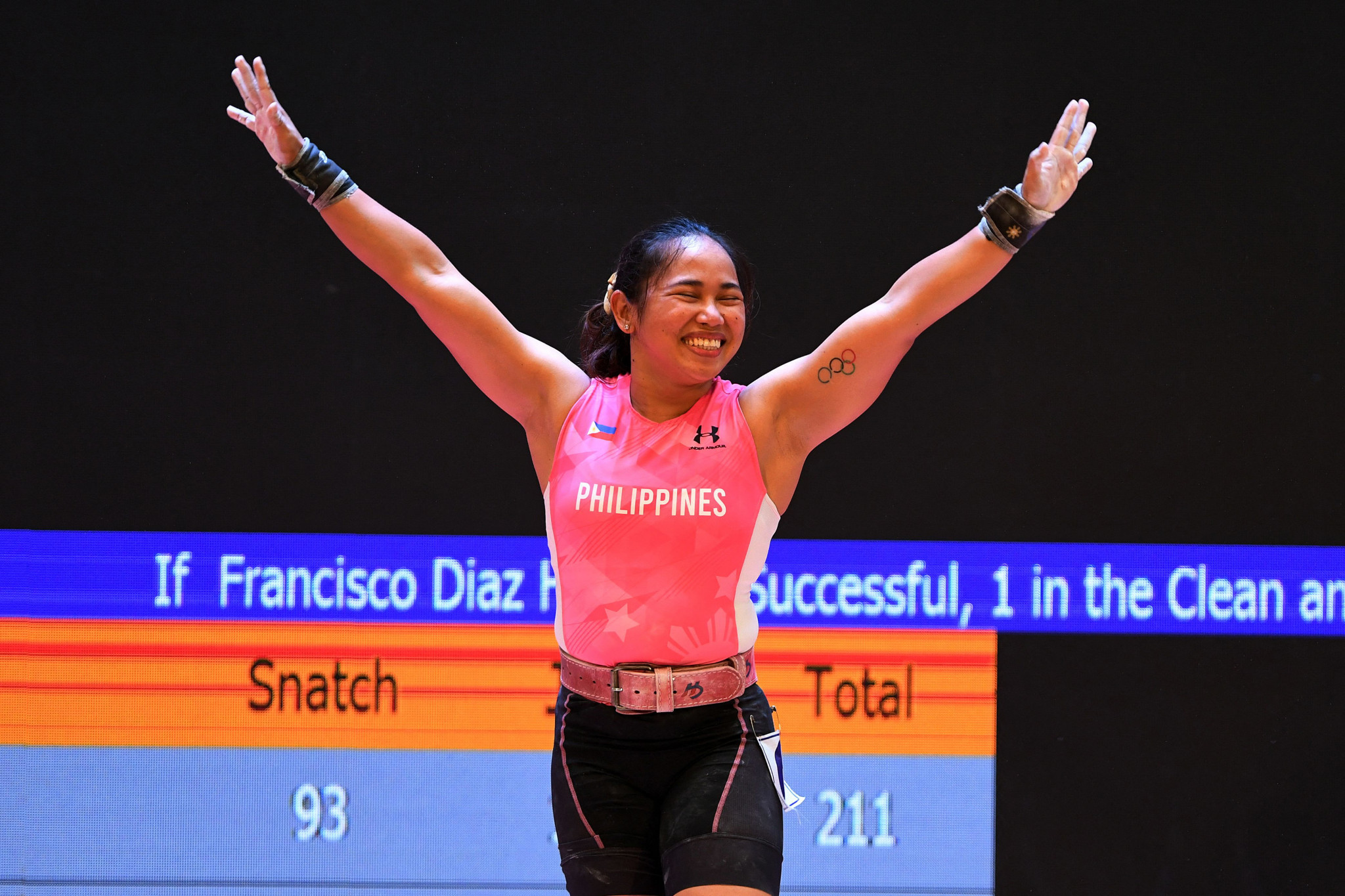 Diaz achieved an Olympic record total of 224 kilograms in the women’s 55kg weightlifting event in Tokyo, which saw her become the Philippines' first Olympic champion.

The 31-year-old was unable to get close to the overall total today, as she faced competition from Thailand’s Sopita Tanasan.

Diaz eventually topped the podium with a total of 206kg, following a 92kg snatch and 114kg clean and jerk.

The Filipino star was able to celebrate retaining the title she claimed for the first time at a home SEA Games in 2019.

Tansan, the Rio 2016 women’s under-48kg Olympic champion, finished as the runner-up on a total of 203kg.

Tansan returned to the sport last year following a two-year doping ban, having been among several cases in the Thailand team which had led to the nation being banned from weightlifting events at Tokyo 2020.

Indonesia's Natasha Beteyob finished as the bronze medallist on 188kg.

Vietnam’s Hoàng Thị Duyên earned the women’s under-59kg title in front of a home crowd, ending with a winning total of 204kg.

Irawan, a four-time Olympic medallist, won the men’s under-61kg competition with an overall total of 290kg.

Thailand’s Witsanu Chantri earned the 67kg title with a total of 312kg, with Indonesia’s Mohammad Yasin and Vietnam’s Dinh Xuan Hoang on 308kg and 306kg.

Indonesia’s Agustina Delia Priatna was crowned as the women’s champion by completing the course in a time of 40min 8.445sec.

The men’s title was won by Thailand’s Peerapol Chawchiankwang in 48:32.404.