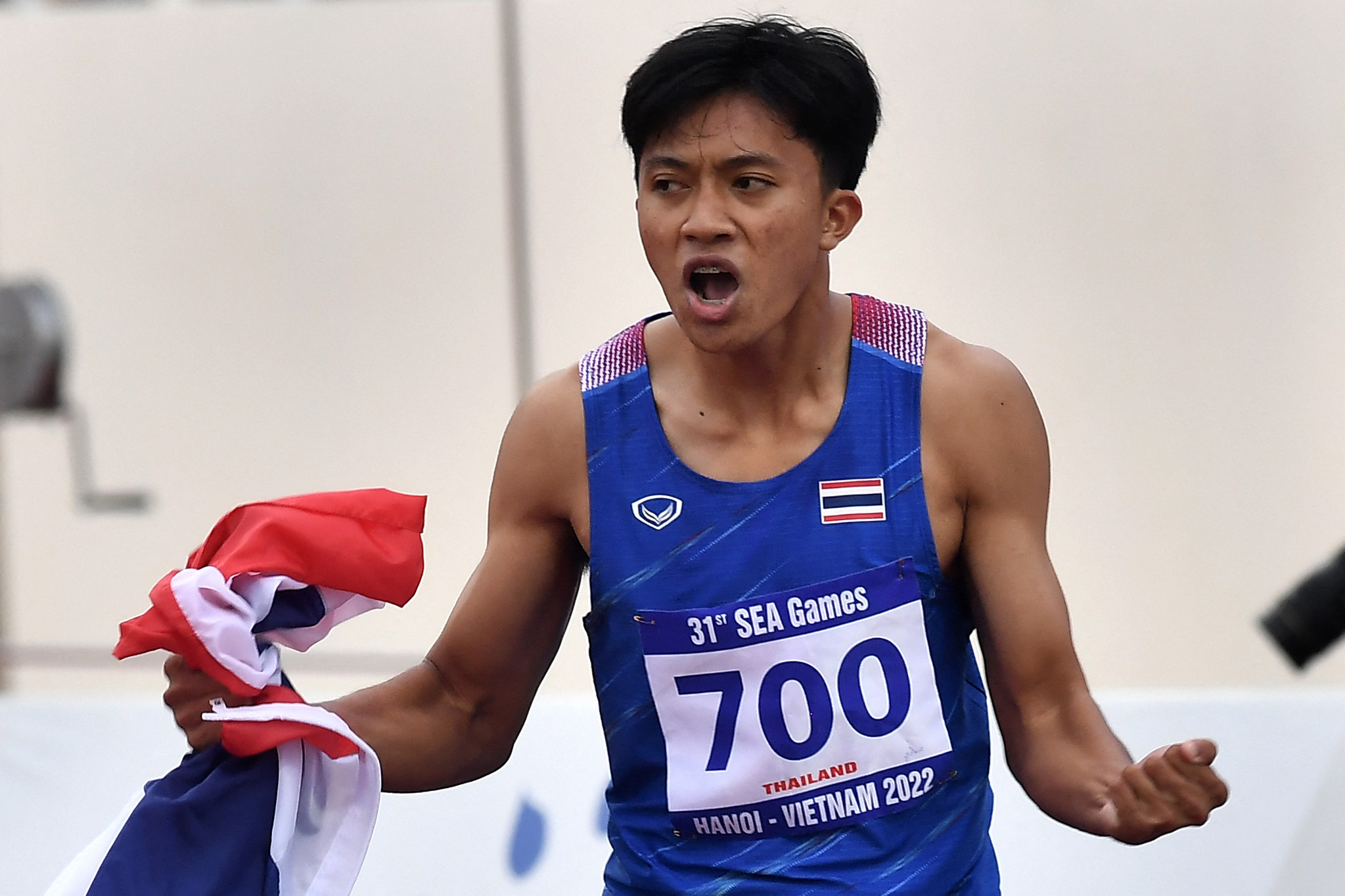 Boonson recorded a time of 10.44 seconds to speed past compatriot Soraoat Dapbang and Singapore’s Marc Brian Louis at the My Dinh National Stadium.

Meanwhile in the women's 100m Richardson timed at 11.60 which was 0.02 seconds faster than Veronica Shanti Pereira of Philippines and 0.06 quicker than Supanich Poolkerd of Thailand.

Thin Mar Se of Myanmar and Chui Ling Goh of Singapore collected silver and bronze after ending the race in 38:22.01 and 39:22.26 respectively.

Vietnam also made their mark with Lò Thị Hoàng setting a SEA Games record of 55.37 metres on her way to gold in the women’s javelin.

Singapore capped off the Southeast Asian Games fencing competition by claiming a national record of medals in the event at the Hanoi Indoor Games Gymnasium in the Vietnamese capital.

Their golden success means they secured six golds, four silvers and five bronzes, which surpasses the four golds, three silvers and six bronzes they won in the Philippines in 2019.

Vietnam also achieved one silver and five bronzes in the sport.

The bronzes for both disciplines were won by the Philippines and Thailand.

Vietnam have now won 126 golds, 76 silvers and 74 bronzes to remain top of the overall medals table.

Thailand are second with 53 golds, 59 silvers and 81 bronzes while Philippines are third on 38 golds, 49 silvers and 65 bronzes.