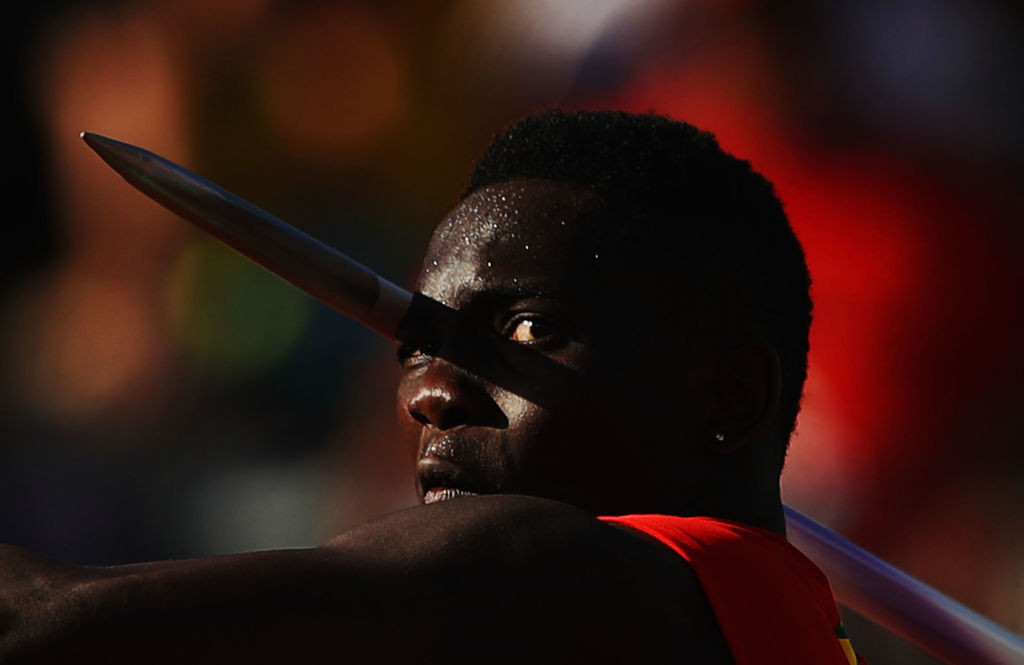 An ill-wind that blew the men’s pole vault event out of the opening Wanda Diamond League meeting of the season in Doha did the men’s javelin throwers, and Anderson Peters in particular, good tonight as Grenada’s world champion won with a last throw of 93.07 metres to go fifth on the all-time list.

While the blustering breeze prevented the Olympic gold and silver medallists Mondo Duplantis of Sweden and Chris Nilsen of the United States resuming battle, the organisers at the Qatar Sports Club stadium re-orientated the javelin competition to take full advantage of the almighty wind at their back and were fully rewarded for their enterprise with a battle between Peters and Tokyo 2020 silver medallist Jakub Vadlejch of the Czech Republic.

Peters took a first-round lead with a Grenada record of 88.96 metres, but was pushed into second place in the fourth round when Vadlejch also threw a personal best of 89.87m.

The fifth round saw Peters re-take the lead with 90.19m, only for the Czech thrower to respond with 90.88m.

Under the newly hybridised Final Three format, Vadlejch was first to take his sixth throw, and could not improve before Peters stepped up to register a new area record in the city where he won his world gold three years ago - although it fell short of the meeting record of 93.90m set in 2017 by Germany’s Thomas Rohler, seventh with 72.51m on the night.

Another Doha 2019 world champion, Noah Lyles, who had to settle for Olympic 200 metres bronze last summer, produced a big statement of intent as he won in 19.72 seconds - the second fastest time recorded this season - with Canada’s Tokyo 2020 champion Andre De Grasse labouring home in 20.15.

Lyles was pressed to the line by fellow American Fred Kerley, the Olympic 100m silver medallist, who clocked 19.75, although the race was invalid for record purposes by the narrowest of margins, with runners getting a headwind over the final straight of 2.1 metres per second - 0.1 metres per second over the allowable limit.

Apart from besting the Olympic champion, Lyles also registered his own flourish following the 19.49 recorded by his 18-year-old compatriot Erriyon Knighton which tops this year’s lists and stands fourth on the all-time list.

Dos Santos, who this year clocked a 400m flat personal best of 44.54, had the composure and finishing speed to clock a meeting record of 47.24, the fastest run this year, to hold off the 24-year-old American who broke the existing world record in the Tokyo final, only to be beaten by a new world record of 45.94 set by Norway’s Karsten Warholm.

Benjamin finished in 47.49, with Ireland's Thomas Barr, a week after losing his podium-tier funding, flying a defiant flag to take third in 49.67, in front of two Tokyo 2020 finalists in Kyron McMaster of Britain and Yasmani Copello of Cuba.

The big projected rematch between the joint Olympic high jump champions, Qatar’s own Mutaz Barshim and the Italian who has been in Doha training with him for the past month, Gianmarco Tamberi, fell victim to the unpredictable conditions, with the latter only managing 2.20m.

Barshim managed far better, but after clearing 2.30m he was beaten by the South Korean who took the world indoor title earlier this year, Sanghyeok Woo, who looked very pleased to win with a first-time clearance of 2.33m.

The blustering cross-wind that had arrived earlier in the afternoon after several days of still and blazing 40C heat was everybody’s main opponent on the day.

The opening track event of the night, the women’s 400m, had offered graphic evidence of how important it was to manage the mostly adverse conditions as double Olympic champion Shaunae Miller-Uibo took almost everything out of herself as she battled round the final bend and by the time the wind was at her back over the closing stages she was a spent force.

The Bahamian faded to third in 51.84 as the Dominican Republic athlete she beat to gold at the Tokyo 2020 Olympics last summer, Marileidy Paulino, stayed strong to win in 51.20 with Jamaica’s Stephenie Ann McPherson second in 51.69.

The concluding track event, the men’s 3,000m steeplechase, saw a repeat of the Tokyo 2020 result as Soufiane El Bakkali earned victory from Kenya’s Lamecha Girma - but this time there was only one hundredth of a second between them as the Moroccan held off his rival’s late surge to clock a winning time of 8min 09.66sec.

The women’s 3,000m was dominated from start to finish by Francine Niyonsaba of Burundi, who held off double Olympic 1500m champion Faith Kipyegon over the final 100 metres to win in 8:37.70, the fastest run this year, with the Kenyan second in 8:38.05.

Kenya’s 17-year-old world indoor 800m silver medallist Noah Kibet underlined his rich potential by holding off a world class field to win in 1:49.08, while the 1500m went to his compatriot Abel Kipsang in 3:35.70, from Doha 2019 world champion and fellow Kenyan Timothy Cheruiyot, who clocked 3:36.16.

Another Doha 2019 gold medallist, Britain’s Dina Asher-Smith, had a relatively disappointing first outing over 200m as she faded to third in 22.37 behind Gabrielle Thomas of the United States, who equalled the meeting record of 21.98, finishing clear of Jamaica’s Shericka Jackson, who clocked 22.07.

Ealey Chase of the United States won the women’s shot put with 19.51m.

The men's pole vaulters are due to compete indoors tomorrow in the lofty confines of the Aspire Dome.