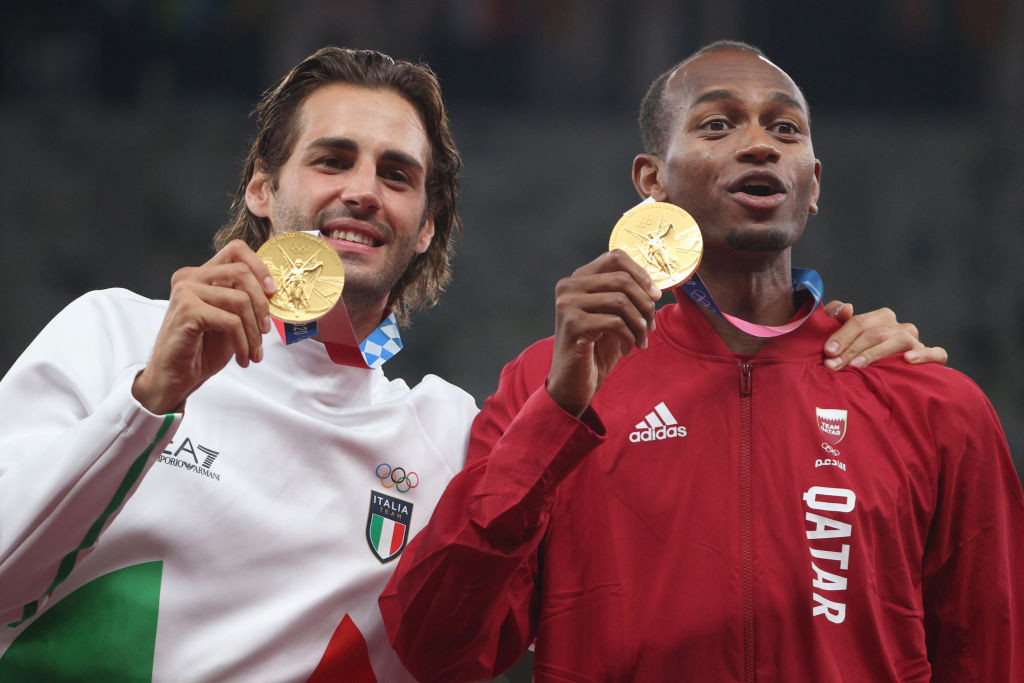 Nine months after their decision to share the Tokyo 2020 high jump title created one of the most beautiful moments in Olympic history, friends and rivals Gianmarco Tamberi of Italy and Qatar’s Mutaz Barshim converge again for tomorrow’s opening Wanda Diamond League meeting of the season in Doha.

Tamberi, whose Rio 2016 chances were wrecked by a serious last-minute ankle injury, has been making the most of all his subsequent competitive opportunities and went on to win last season’s Diamond League title before earning world indoor bronze in Belgrade earlier this year.

Both may yet be upstaged however by the South Korean who missed a Tokyo medal by one place and earned the world indoor title in Belgrade - Woo Sanghyeok, who leads this year’s world lists with 2.36 metres.

Olympic men’s pole vault champion Mondo Duplantis, who twice improved upon his own world record in Belgrade this year, clearing 6.19m before the World Indoor Championships and 6.20m in winning it, will nevertheless need to be in top form for his outdoor debut in a field that includes Tokyo 2020 silver medallist Chris Nilsen of the United States, who cleared 6.00m last weekend.

The men’s 3,000m steeplechase will also be of towering quality given the presence of the Olympic gold, silver and bronze medallists, respectively Soufiane El Bakkali of Morocco, Lamecha Girma of Ethiopia, and Diamond League champion Benjamin Kigen.

But Rio 2016 800m silver medallist Niyonsaba, who has had to move up the distances following the World Athletics ruling on female runners with naturally elevated testosterone levels, set a world 2,000m best last year and clocked a world-leading 8:19.08 for 3,000m.

Beatrice Chebet, the surprise 3,000m winner in Doha last year, is also in the field, as is world steeplechase champion and world record holder Beatrice Chepkoech.

Five of the top six finishers from the glorious Olympic men’s 400m hurdles final will be in the Qatari capital.

British sprinter Dina Asher-Smith, whose Tokyo 2020 ambitions were blunted by injury, will contest her first 200m of the year in the city where she won the world title in 2019.

The Briton has had some early low-key season races over 400m and 300m but this will be her biggest test of the season so far as she takes on Olympic 100m bronze medallist Shericka Jackson of Jamaica, Olympic 200m bronze medallist Gabby Thomas of the US.

Timothy Cheruiyot will open his season over his specialist distance, the 1500m, in the city where he won the world title in 2019.

Another Doha 2019 gold medallist, Donavan Brazier of the US, will race over 800m against Kenya’s Olympic silver medallist Ferguson Rotich.