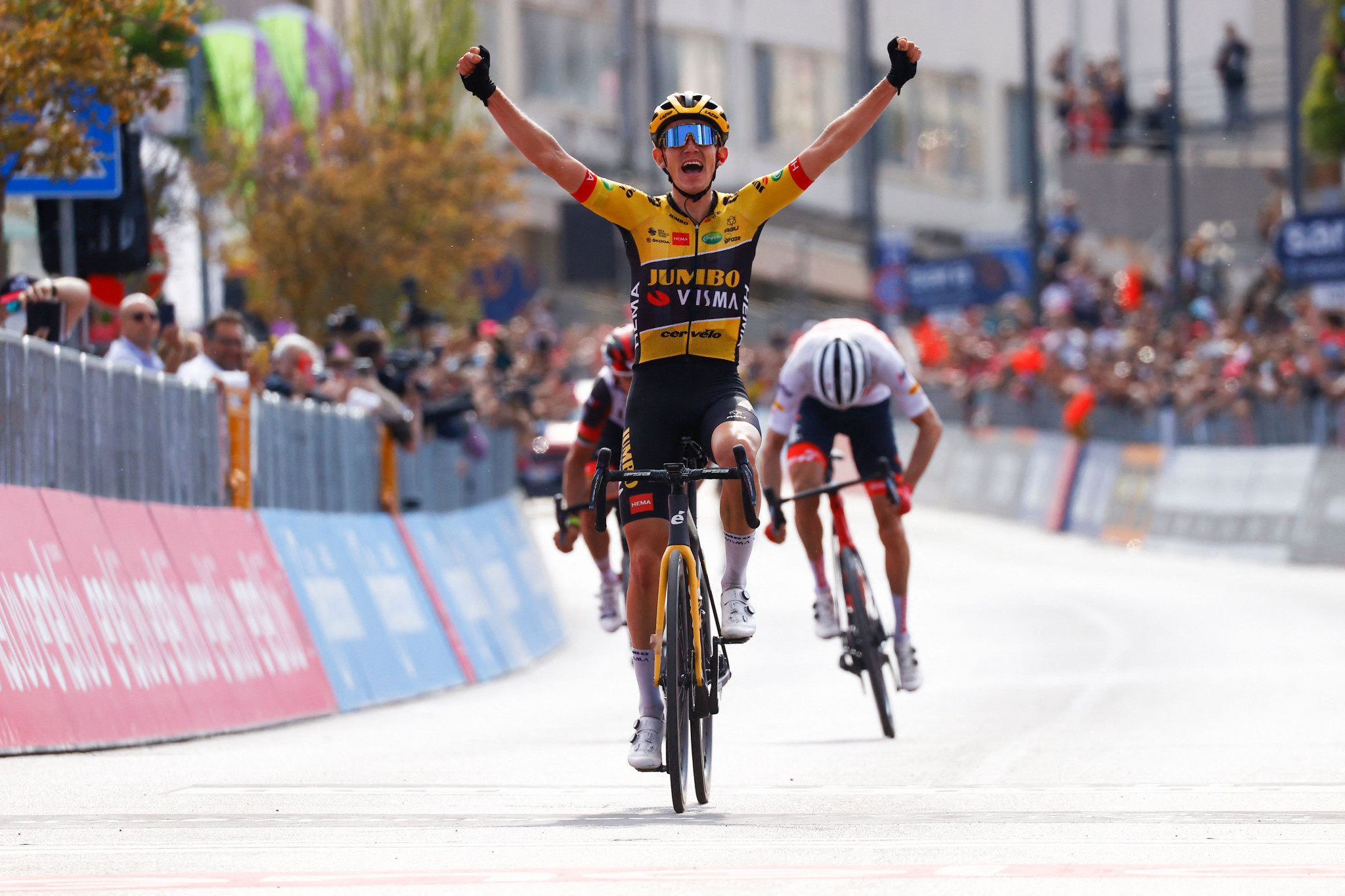 The Netherlands’ Koen Bouwman claimed the first Grand Tour stage win of his career following a breakaway triumph at the Giro d'Italia in Potenza.

Bouwman and his Jumbo-Visma team-mate Tom Dumoulin formed part of a seven-strong breakaway group on the 196 kilometres mountainous seventh stage from Diamante to Potenza.

The breakaway were allowed to build an advantage of over six minutes, before the lead group was reduced to a four-man move as the climbs took their toll.

Dumoulin, the Giro d’Italia champion in 2017, attempted to attack on the La Sellatta climb but was unable to pull clear.

The 31-year-old suffered a mechanical issue to fall away from the group, but fought back to support Bouwman in his bid for the stage win against fellow Dutchman Bauke Mollema and Italy’s Davide Formolo.

The Trek-Segafredo rider was unable to pull clear, with Bouwman then timing his sprint finish to triumph in 5 hrs 12mins 30secs.

Mollema and Formolo completed the top three on the same time, with Dumoulin crossing the line fourth at 17 seconds down.

"It's unbelievable, this is only my second pro victory," said Bouwman.

"It feels the same as in the Dauphiné five years ago.

"I've been in trouble on the climb but I came back.

"I got great help from Tom Dumoulin in the last two kilometres.

"I was confident that I would win the sprint but I didn't expect the finish to be that steep.

"After the disappointment we had at Mount Etna, we decided to chase stages and that's what we did today."

The general classification group crossed the line three minutes behind the stage winner, with Germany’s Lennard Kamna leading the chasing pack across the line.

Estonia’s Rein Taaramae is 20 seconds further back in third.

Tomorrow the peloton is due to complete a 153km stage in Naples, before a 191km mountain stage is scheduled on Sunday (May 15) from Isernia to Blockhaus.