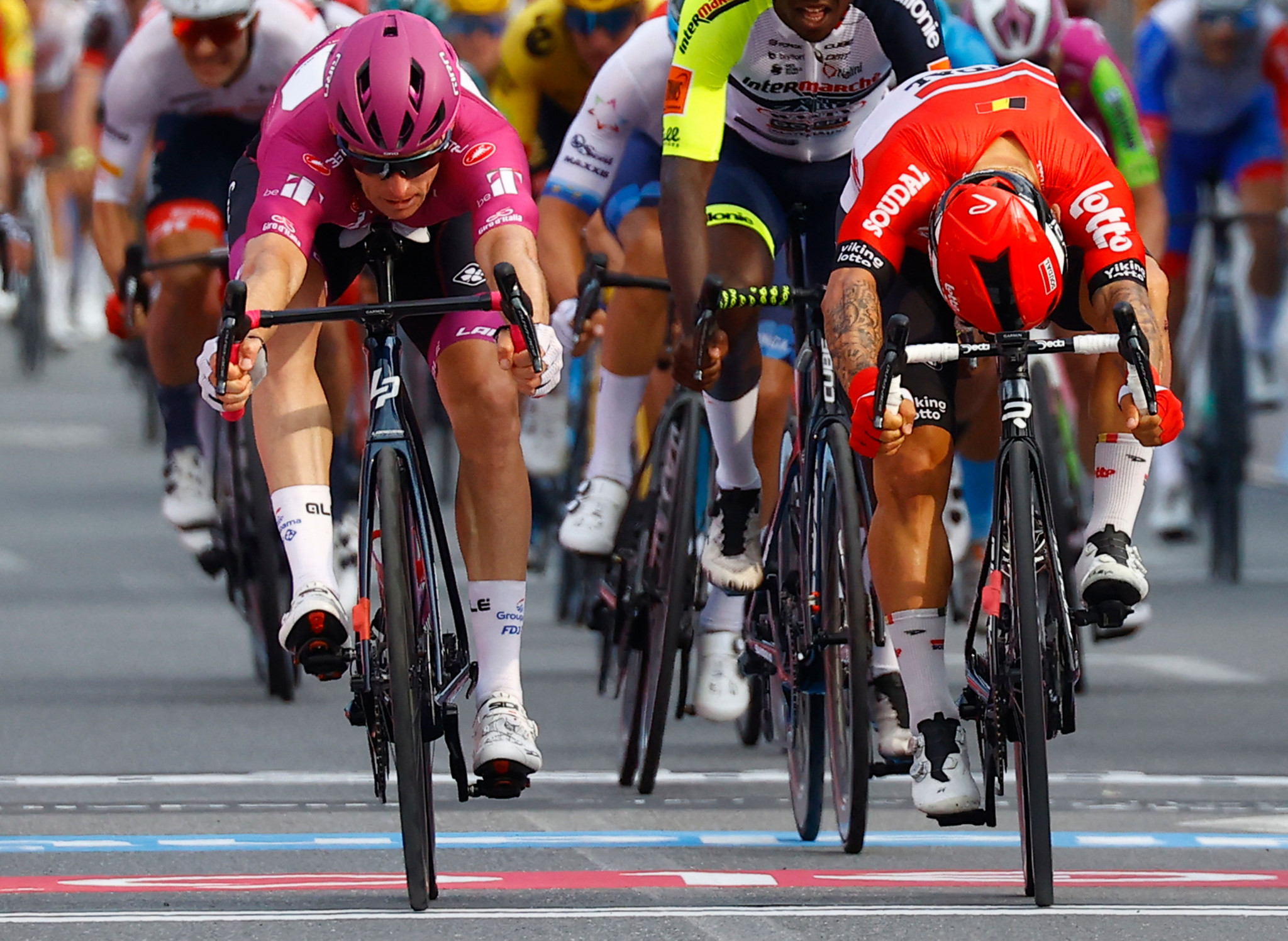 France’s Arnaud Démare sprinted to victory for the second consecutive day at the Giro d’Italia after edging Caleb Ewan in a tightly contested bunch sprint in Scalea.

The 192-kilometre flat sixth stage from Palmi to Scalea was expected to finish in a sprint, with riders preparing for tomorrow’s mountain stage.

Britain’s Mark Cavendish was first to launch the sprint as he pursued his second stage win of this year’s race.

The 36-year-old was overtaken by the fast-finishing Démare and Ewan, who crossed the line side-by-side.

A photo finish was required to separate the sprinters, with Groupama-FDJ’s Démare found to have finished first in a time of 5hrs 2min 33sec.

"I’m not used to sprint from behind, I want to underline the great work of my team," said Démare, who becomes the record French winner of stages at the race with seven successes.

"I launched with a slight delay after Michael Morkov and Mark Cavendish went at 500m to go.

"I knew Cavendish would keep the door closed on the left hand side so I had to go to the right, also Caleb Ewan.

"I knew I was fast but I’ve thought it would be too tight.

"I threw my bike, which is something I instinctively do when I train behind my father’s scooter or with my cousins.

"It’s my goal to win the points classification but I know how hard and long a Grand Tour is."

Estonia’s Rein Taaramae is a further 20 seconds down in third.

Tomorrow the riders are scheduled to complete a 198km stage from Diamante to Potenza.