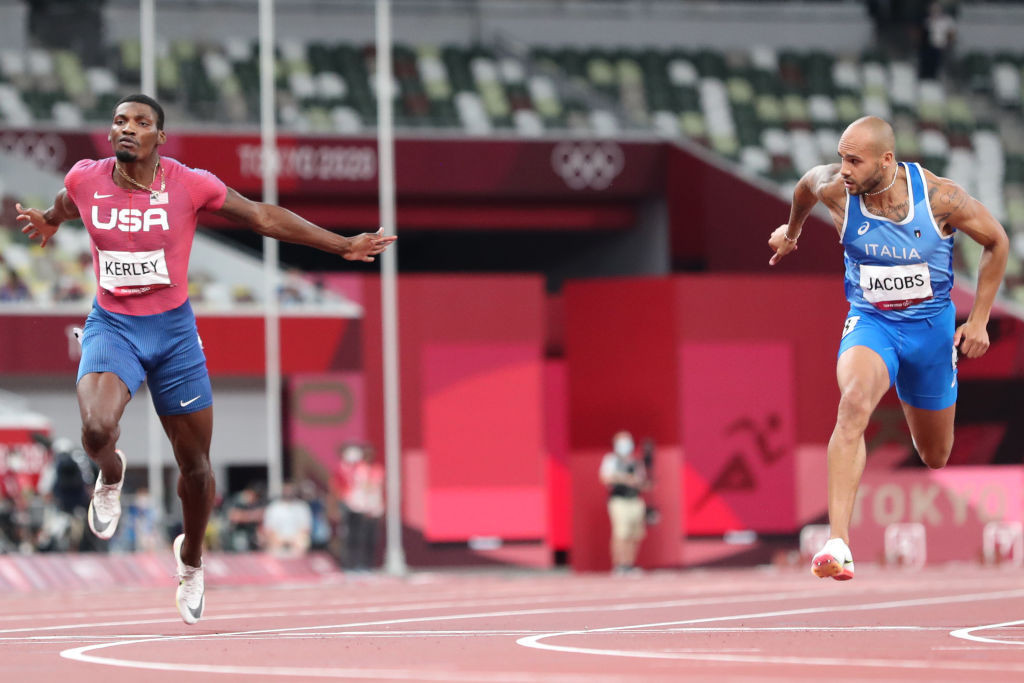 Marcell Jacobs and Fred Kerley, respective Olympic 100 metres gold and silver medallists, will be on for a super-fast time in the rarified atmosphere of Nairobi tomorrow as they take part in the Kip Keino Classic.

Jacobs, who set a personal best of 9.80sec in his Tokyo victory, will be seeking to use the third World Athletics Continental Tour Gold meeting of the season to build on a successful start to the year.

Kerley also ran his personal best in the Olympic final, 9.84.

The American is familiar with the venue of the Moi International Sports Centre in Kasarani as it is where he ran his 200m personal best of 19.76 last year.

"It’s wonderful to be back where I ended my season last year," said Kerley.

Meanwhile the home focus in an event that, unlike last year, will be open to spectators, will be on Ferdinand Omanyala, who missed reaching the Olympic final by one place and finished his season by following home Trayvon Bromell of the United States as they produced the two fastest times of the season - 9.76 and 9.77 - at this meeting last September.

That could be a harbinger of a startling time tomorrow in the same venue, with Olympic 200m silver medallist Kenny Bednarek, another American, also added into the mix.

The women’s race is also likely to produce eye-watering times given the presence of Jamaica’s 35-year-old double Olympic 100m champion Shelly-Ann Fraser-Pryce, who last year lowered her best to 10.60, putting her third on the all-time list.

She will race against Namibia’s Christine Mboma, who was prevented from continuing with her 400m career through the World Athletics ruling on admissible testosterone levels for female athletes but finished the season as Olympic silver medallist and Diamond League champion over 200m.

There will also be keen local interest in the men’s and women’s 3,000m steeplechase events, where Kenyan athletes will be seeking to regain their traditional boasting rights after the victories at the Tokyo Olympics of Morocco’s Soufiane El Bakkali and Uganda’s Peruth Chemutai.

Chemutai will face strong competition in the women’s event from the 2016 African champion Norah Jeruto, who recently changed her citizenship to represent Kazakhstan, plus Kenya’s two-time world under-20 gold medallist Celliphine Chespol and reigning world under-20 champion Jackline Chepkoech.

In the absence of El Bakkali, the men’s race is expected to be a Kenyan affair in which world under-20 champion Amos Serem will measure himself against some of the top senior runners in the event, including world and Olympic gold medallist Conseslus Kipruto, Tokyo 2020 bronze medallist Benjamin Kigen and Commonwealth Games silver medallist Abraham Kibiwot.

In the women's 800m, Uganda's world champion Halimah Nakaayi will be looking to start her season with a win - her last race being the world indoor final in Belgrade, where she claimed bronze.