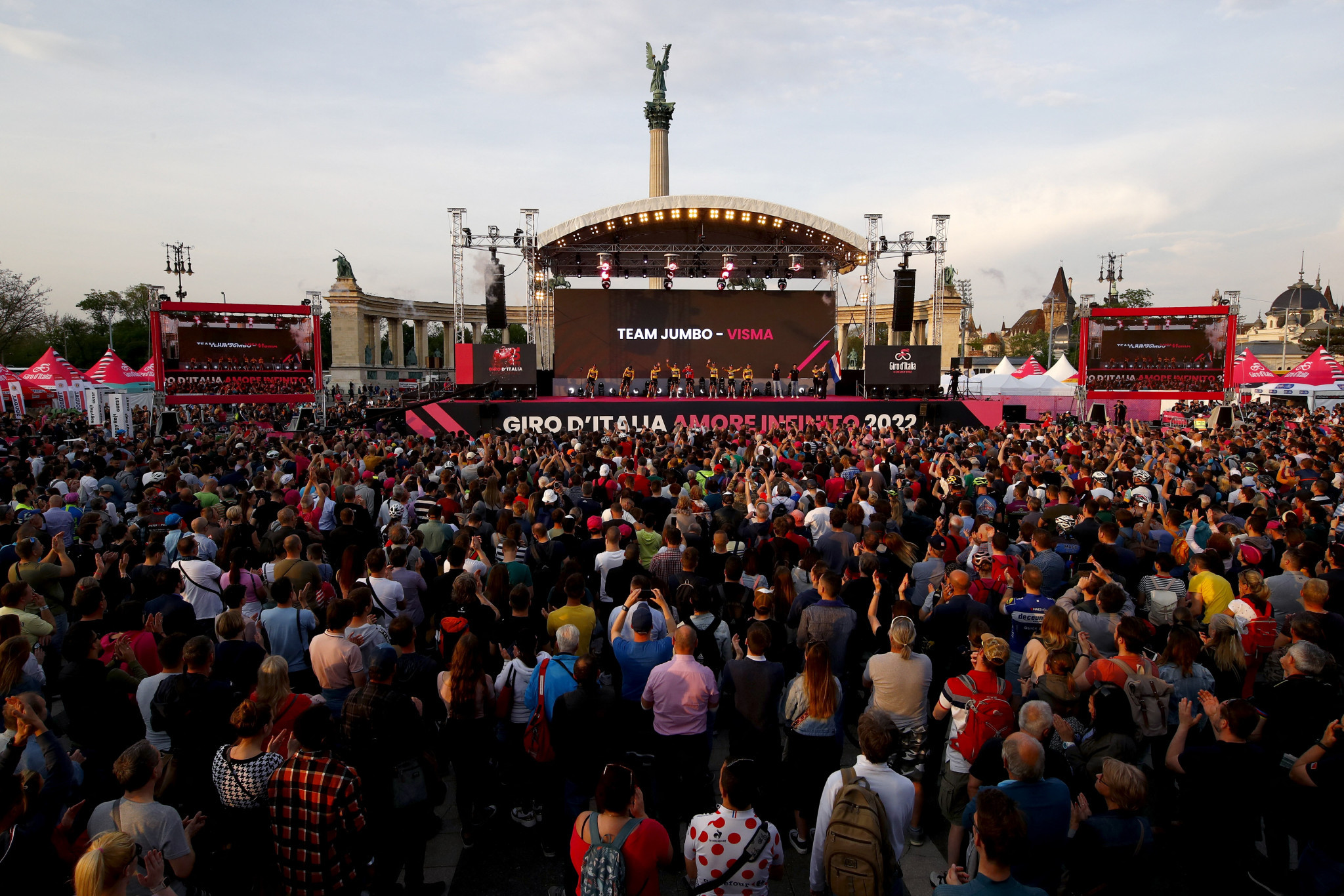 A total of 176 riders are set to line-up in Hungarian capital Budapest for the start of this year's Giro d'Italia.

The 105th edition of the 21-stage Grand Tour is due to get underway tomorrow and finish on May 29 in Verona in Italy.

The first three days of the Giro are scheduled to be held in Hungary, with riders traveling through Budapest, Visegrád, Kaposvár and Balatonfüred.

After two flat stages either side of an individual time trial, Avola in Sicily is set to host the first mountain stage on May 10.

It will be the 14th occasion the Giro d'Italia has started outside of Italy since 1965, with the most recent foreign stop coming in 2018 when racers departed from Jerusalem.

However, the location has not gone down well with all the competitors, with Trek-Segafredo's Bauke Mollema of The Netherlands describing the move as "a pain in the ass".

"I don't really have a Giro feeling yet," said Mollema in a report by Dutch website Wielerflits.

"I've only been here one day.

"After the team presentation later today, I expect to have a bit more feeling.

"This whole trip is a pain in the ass, I find it quite disturbing that we don't start in Italy and have to fly after three days."

Richard Carapaz of Colombia, Tom Dumoulin of The Netherlands and Vincenzo Nibali of Italy will be hoping to take the title and the overall winner's pink jersey again after winning in 2019, 2017 and 2016 respectively.

Bernal of Ineos Grenadiers will be unable to defend his crown as he recovers from serious injuries sustained in a training crash in January.

Dutch cyclist Mathieu van der Poel of Alpecin-Felix will be one of 39 debutants taking part in this year's Giro.

Van der Poel marked his Tour de France debut by taking the yellow jersey at the second stage, but he is unsure whether he will be able to repeat that feat.

"I'd like to wear the pink jersey, but it's less big than the yellow dream, and the whole history," said Van der Poel in a report by VeloNews.

"For sure I will try to win the pink jersey, but it's not going to be easy.

"I've never raced these big mountains before, so it's a big question mark on how the body will feel.

"It will be nice to get through the Giro and see how the body will feel.

"Everyone says finishing a Grand Tour makes you stronger."