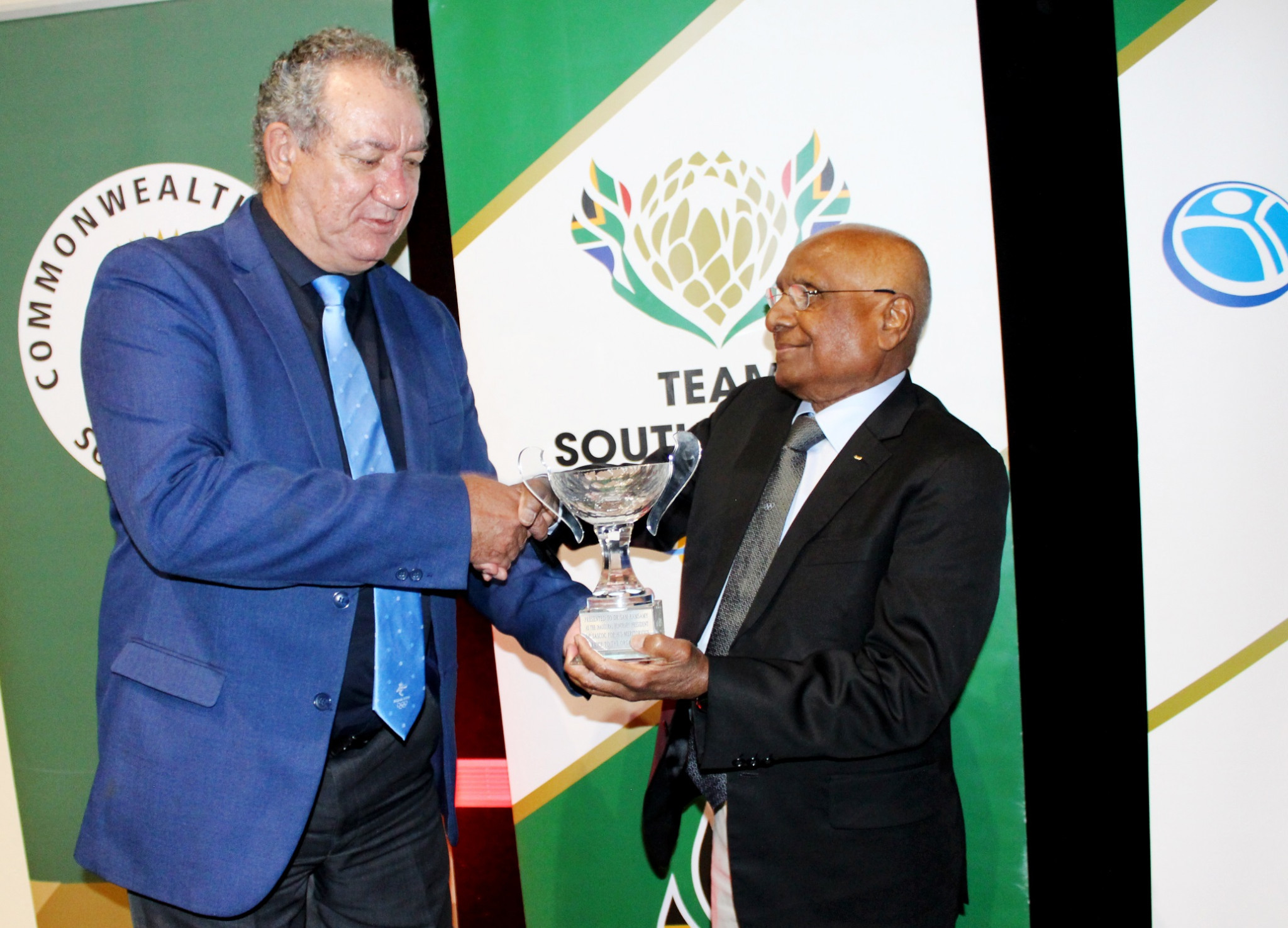 International Olympic Committee (IOC) President Thomas Bach has heralded Sam Ramsamy as a "living legend in the world of sport" after the veteran anti-apartheid campaigner was named as an Honorary President of the South African Sports Confederation and Olympic Committee (SASCOC).

Ramsamy campaigned hard against discrimination in sport as chairman of the South Africa Non-Racial Olympic Committee (SANROC) during the apartheid years of 1976 to 1990.

The honorary IOC member became head of the SASCOC in 1991 and held the role until 2005.

The 84-year-old was appointed Honorary President at the SASCOC’s first hybrid General Council Meeting of 2022, attended by 63 members.

SASCOC President Barry Hendricks was among those to pay tribute to Ramsamy’s service to South African sport.

"Congratulations to Dr Sam Ramsamy, a dedicated leader who contributed to the history and growth of sport, protected the integrity of sport in SA at a time where there was discrimination in sport participation at world events," said Hendricks.

"He worked hard to ensure that the Olympic Movement grew and would prosper after 1994 when the new dispensation took place.

"Dr Ramsamy was the very first President for an Olympic structure in South Africa, a previous International Olympic Committee member, and now an honorary member of the IOC.

"As a board we have decided to honour Dr Sam Ramsamy with an Honorary President award."

IOC President Dr Thomas Bach virtually congratulates Dr Sam Ramsamy for being appointed the Honorary President of SASCOC who he refers to as a living legend in the world of sport and the fight for sport and social justice in SA. @iocmedia pic.twitter.com/PavyEocPaa

The International Swimming Federation vice-president finished his term of office at the IOC at the end of 2018 after turning 80.

"I would like to congratulate Sam on being appointed the Honorary President of SASCOC award," said Bach in his video message at the SASCOC General Council Meeting.

"Sam is a living legend in the world of sport and the fight for justice and apartheid.

"When I was going through the history books, I saw how he led Team SA back to the Olympics in 1992 in Barcelona with dignity and pride back on a world stage after the fight was over and the new era for justice and inclusivity for sport in SA would start."

Hendricks also confirmed that the SASCOC will be working with the South African Government to set up a flood relief programme in response to the flashing flood in the Kwa-Zulu Natal province.

More than 400 deaths have been confirmed, while over 7,000 people remain in shelters because of the devastating flooding.

"Sport has proved again and again that it is a unifier to restore hope where its lost," said Nocawe Mafu, South Africa’s Deputy Minister of Sport, Arts and Culture.

"I employ you as leadership in sport, to stabilise people to use the power of sport to lift up the communities’ spirits that have been affected due to the KZN floods."

Mafu also urged the sports sector to bid for international events and wished the South African team well as they prepare for this year’s Commonwealth Games in English city Birmingham.

"As you prepare for the Commonwealth Games, it is important that you engage on contentious topics such as selection criteria," added Mafu.

"A common position should be found regards to selection of the team and team size that will participate at the Commonwealth Games if the leadership of the sector is objective and agree on what’s best for the country."