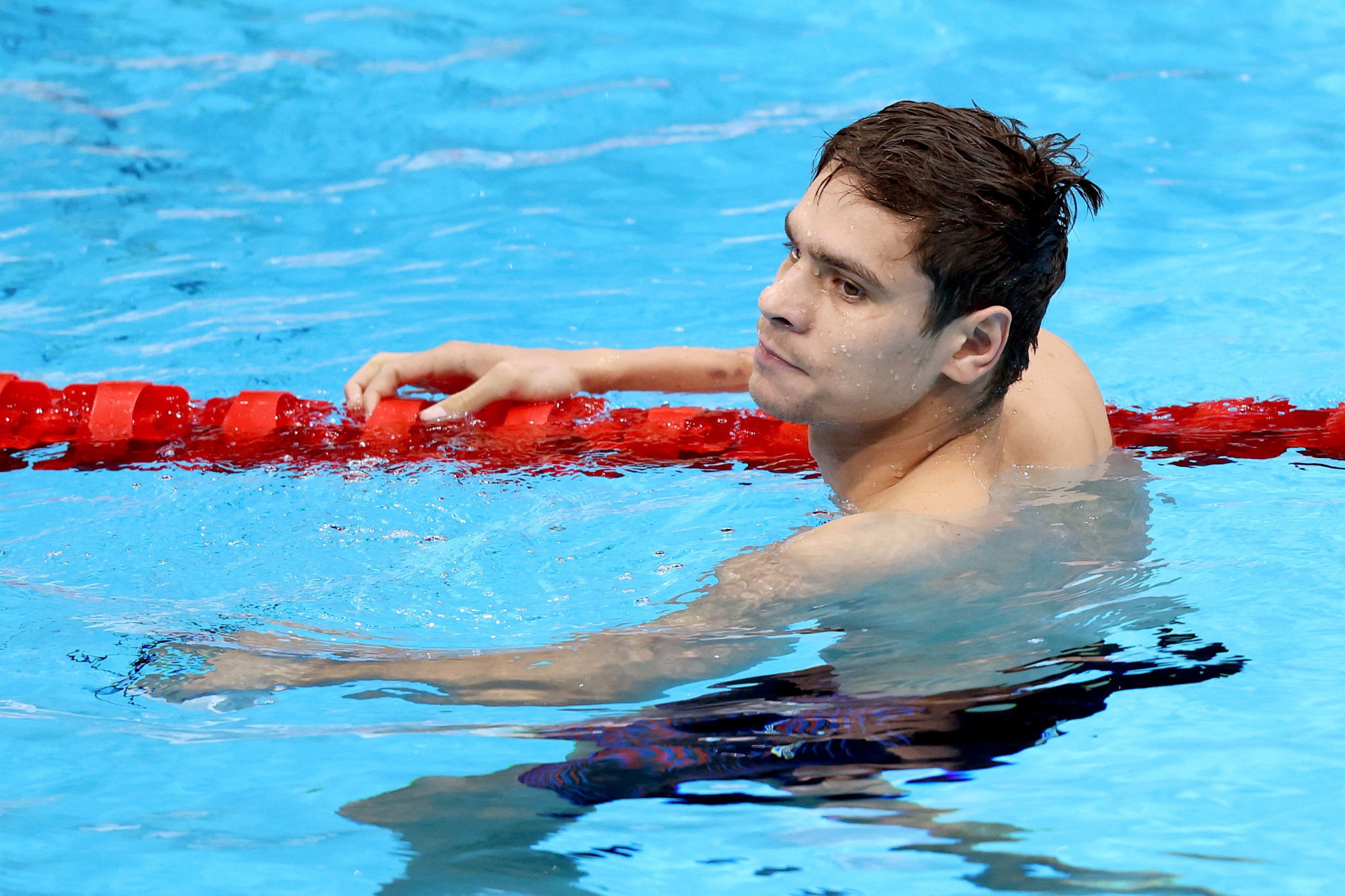 The International Swimming Federation (FINA) has "launched an internal review", after it was revealed that banned Russian swimmer Evgeny Rylov is set to feature at his country's National Championships.

The two-time Olympic gold medallist was one of several athletes who attended a rally in Moscow last month supporting the Russian invasion of Ukraine.

Rylov was banned from all FINA competitions for nine months until mid-January 2023 on Friday (April 22) for attending the event, although Russian and Belarusian athletes and officials cannot compete at the International Federation's events for the remainder of 2022.

However, Russia's official state news agency TASS reported that he has been allowed to enter the men's 50 metres, 100m and 200m backstroke and the 100m freestyle races at the Russian Championships in Kazan, which began today and are due to run until Friday (April 29).

Russian Swimming Federation President Vladimir Salnikov has claimed that the Championships has not been sanctioned by FINA.

Speaking about Rylov's appearance at the rally, Salnikov, who is also a member of the FINA Bureau and an Olympic gold medallist told TASS: "There were no slogans, but the disciplinary commission considered that this was detrimental to the International Federation.

"I believe that many decisions are made biased. It is very disappointing that this episode happened. A violation of sports ethics was also imputed, this charge was dropped."

FINA has said it is investigating whether Rylov's appearance at the Russian Championships contravened its ban.

"FINA is aware that Mr. Rylov competed in the Russian Championships this weekend and has launched an internal review to ascertain whether FINA sanctions or rules have been broken," it told insidethegames.

"The outcome of this review will be announced in due course."

His ban came into force on Wednesday (April 20).

Speedo dropped the swimmer's sponsorship deal in response to his attendance, and said it would donate the remainder of its funding to the United Nations (UN) High Commissioner for Refugees.

Russian President Vladimir Putin held the political rally, which was branded "for a world without Nazism", at the Luzhniki Stadium in Moscow on the anniversary of the 2014 annexation of Crimea on March 18.

Throughout the event, Putin justified the invasion of Ukraine on February 24.

It was attended by other Olympic gold medallists including cross-country skier Alexander Bolshunov, and figure skaters Nikita Katsalapov and Victoria Sinitsina.

According to the UN, at least 2,435 civilians have been killed since the launch of what Moscow describes as a "special military offensive" in Ukraine, although it is feared the true figure is far higher, and more than 5.1 million people have been forced to flee the country.

The attack has sparked widespread condemnation, and led to the International Olympic Committee recommending that Russian and Belarusian athletes and officials are banned from international sports events.

FINA had initially allowed both nations to compete neutrally, before implementing a ban on March 23 after several countries threatened to boycott the World Championships in Budapest from June 18 to July 3.