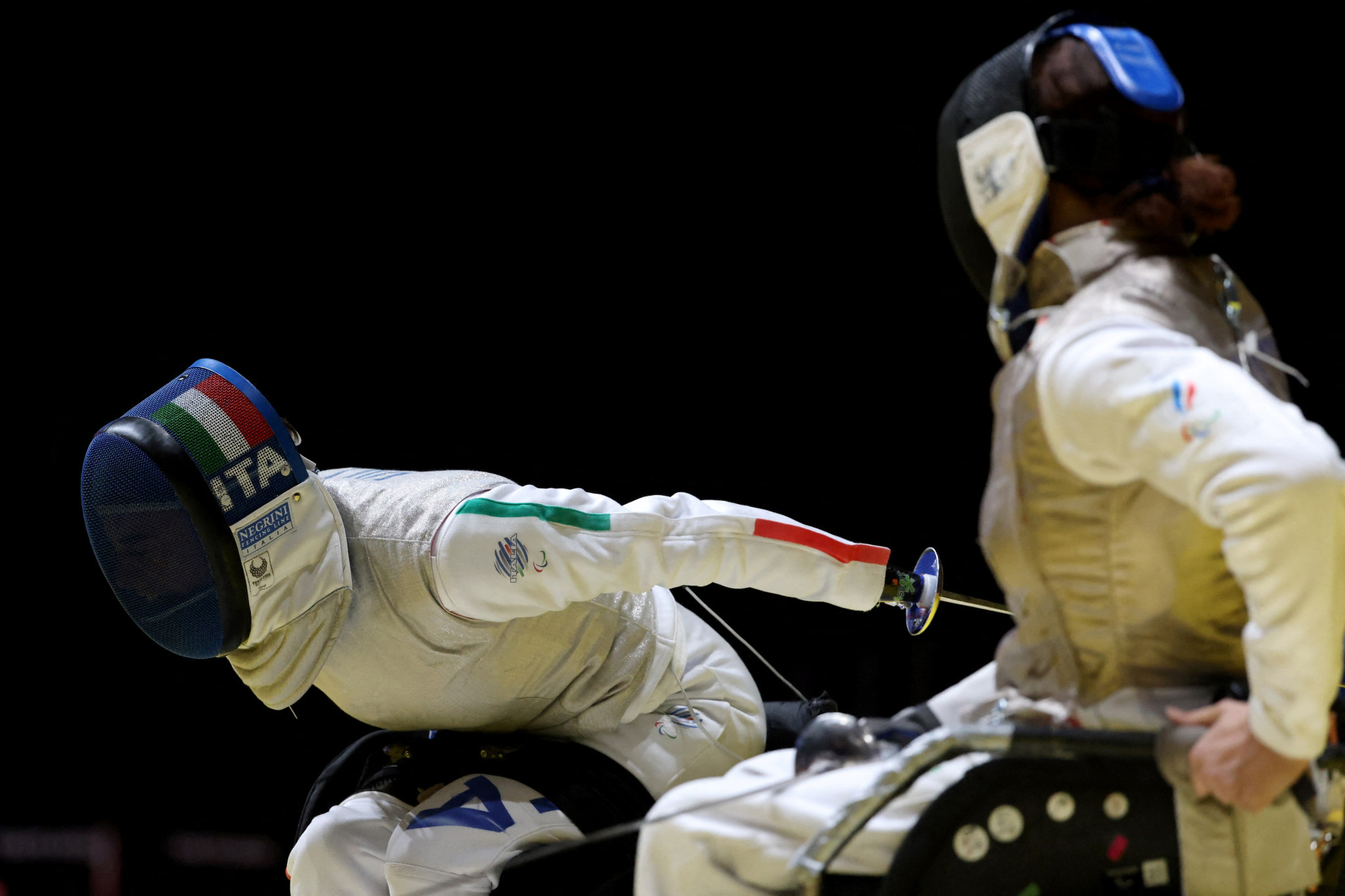 Italy, Iraq and Georgia all ended the International Wheelchair and Amputee Sports (IWAS) Wheelchair Fencing World Cup in São Paulo on a high as they secured a gold medal each in the team events.

The Italians defeated hosts Brazil in the open team foil tournament by 20 points to 12 at the Brazilian Paralympic Training Centre.

It marked a third gold medal of the event for both Emanuele Lambertini and Andreea Mogoș after they recorded individual success earlier in the tournament.

They were joined by Michele Mass and Alessia Biagini at the top of the podium.

Brazil were led by Jovane Guissone, who already has one gold from São Paulo, as they crept past Thailand 20-18 in the semi-finals.

Italy received a bye straight to the final as the highest seed as only three teams competed.

Iraq got the better of France 45-40 in the men's team épée with Zainulabdeen Al-Madhkhoori starring.

The Rio de Janeiro 2016 Paralympian won all three of his duels against Luca Platania Parisi, Yohan Peter and Gaëtan Charlot.

Iraq were 40-37 down in the penultimate fixture before Al-Madhkhoori dominated Charlot 8-0 in the final match to win it at the death.

Italy bagged the bronze medal after bumping Brazil off the podium with a 45-36 win.

The contest was neck-and-neck after the first seven matches but commanding performances from Matteo Betti and Matteo Dei Rossi wrestled the win away from the hosts.

Georgia comfortably won the women's team sabre with a 45-26 win against Italy.

Gold medallists Gvantsa Zadishvili, Nino Tibilashvili and Irma Khetsuriani were awarded a bye in the quarter-finals before beating Thailand 45-10 in the final four while Italy beat Brazil 45-12 before the decider.

The Brazilians then lost again in the bronze medal match, this time falling 45-32 to Brazil.

Italy ended the World Cup clear at the top of the medals table with six gold medals while Thailand, Iraq and Georgia won two and Brazil, Spain and France picked up one each.

Mogoș was on the Italian line-up but was denied a fourth gold as she lost all three of her matches.

The IWAS Wheelchair Fencing World Cup is set to return in Chon Buri in Thailand from May 19 to 22.