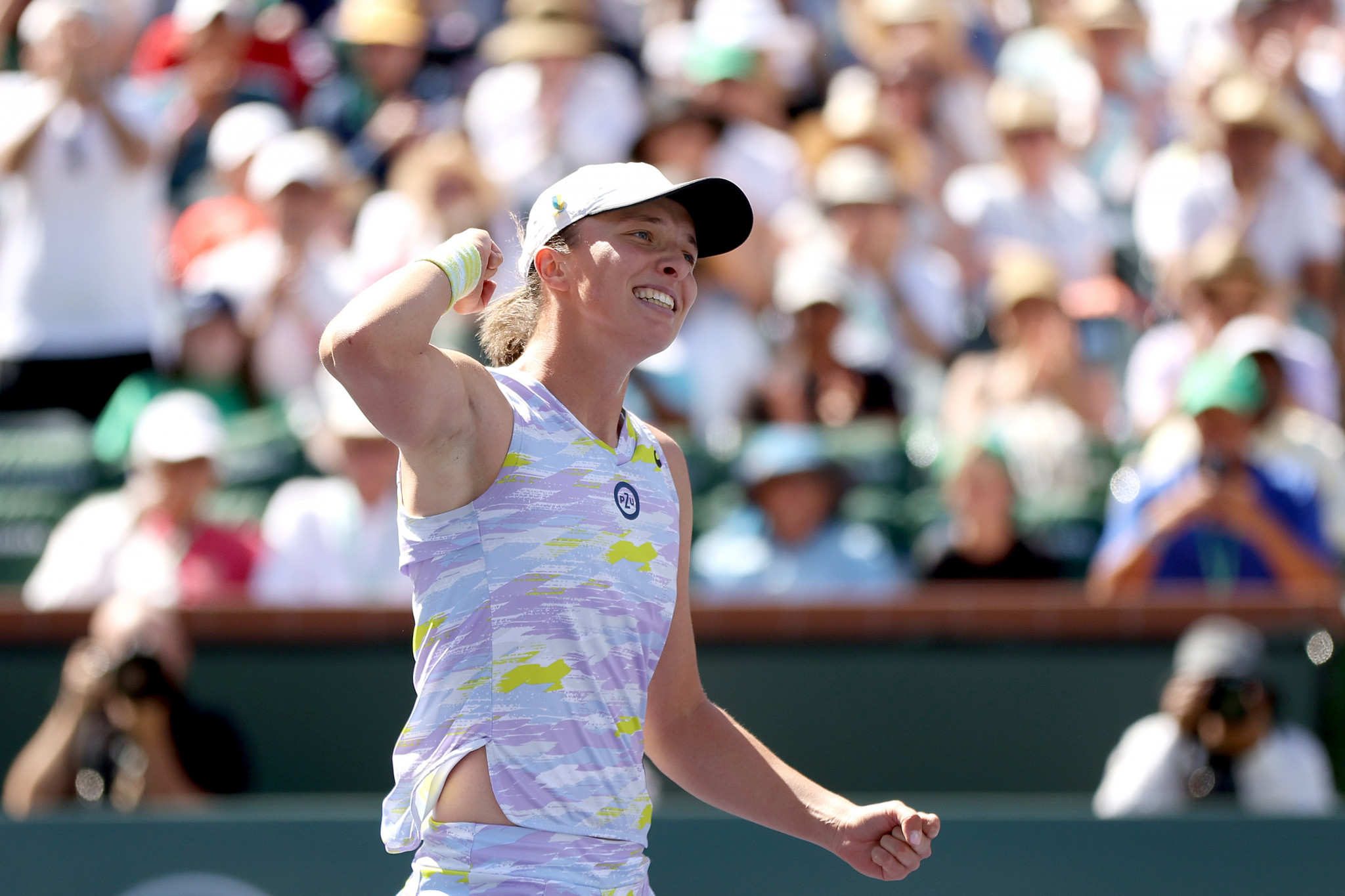 Top-ranked Iga Świątek accomplished her mission to take Poland to the Billie Jean King Cup Finals, but Ukraine were not able to recover from a 2-0 deficit and succumbed to defeat versus the United States.

New world number one Świątek led Poland through in Radom by winning her 19th straight match.

Świątek put Poland up 2-0 yesterday by defeating Romania's Mihaela Buzărnescu 6-1, 6-0, and then breezed past Andreea Prisacariu 6-0, 6-0 to secure Poland's victory.

In Asheville, Ukraine fell into a 2-0 hole after singles wins by Americans Jessica Pegula and Alison Riske, but Dayana Yastremska then beat Pegula 6-3, 6-4 to spark hopes of a comeback.

However, Asia Muhammad and Pegula beat Lyudmyla Kichenok and Yastremska 7-6, 6-3 to give the US hosts a narrow victory.

This weekend's competition was significantly harder for the Ukrainian players as the team faces unusual financial and logistical issues as well as emotional distress while war rages at home.

The United Nations reports that at least 1,982 civilians have been killed in Ukraine since the beginning of a full-scale Russian invasion on February 24, although it is believed the true figure is far higher and more than 4.8 million refugees have fled Ukraine.

Olga Savchuk, who acts as the team captain, was the only non-player who travelled with the Ukrainian delegation on behalf of the Ukrainian Tennis Federation.

The United States Tennis Association (USTA) and the International Tennis Federation (ITF) have split the costs associated with Ukraine’s trip and the USTA also provided training resources during their stay.

Ukraine will now compete in the Billie Jean King Cup playoffs, which are due to take place between November 11 and 12.

Playoff winners will return to this qualifying round next season.

Yastremska discussed the significance of representing Ukraine while draped in her country’s flag during an on-court interview.

"My heart stays at home, I really want to go back there but my mind is here and I’ve to play.

"I have a responsibility to my sister

"It's just nice to be in a safe place here and to play in front of the amazing crowd with that great support.

"It's nice to see the Ukrainian flags everywhere."

Czech player Markéta Vondroušová was called on three times as the country's match versus Britain went all the way in Prague.

Vondroušová secured a 6-1, 6-0 victory over Harriet Dart, but US Open champion Emma Raducanu won both sets against Tereza Martincová 7-5 to bring Britain level at 1-1.

Raducanu's happiness did not last long as she was trashed 6-1, 6-1 by Marketa Vondrousova today.

Dart earned a 6-0, 5-7, 6-2 win over Linda Fruhvirtova, but Karolína Muchová and Vondroušová dispatched Dart and Katie Swan 6-1, 7-5 to send the Czech Republic through.

The winners of the seven qualifiers advance to the Billie Jean King Cup Finals, scheduled for November 8 to 13 at a venue still to be confirmed.

Other winners were Italy, Kazakhstan and Spain, respectively beating France, Germany and The Netherlands.

Switzerland have qualified automatically for the finals after finishing as runners-up in 2021.

Following the suspension of the Russian Tennis Federation (RTF) and Belarus Tennis Federation from participation in ITF international team competitions, the RTF will not be able to defend the title earned last year and will be replaced by Australia.

The banishment of Belarus gave Belgium a walkthrough in this round of qualifying.