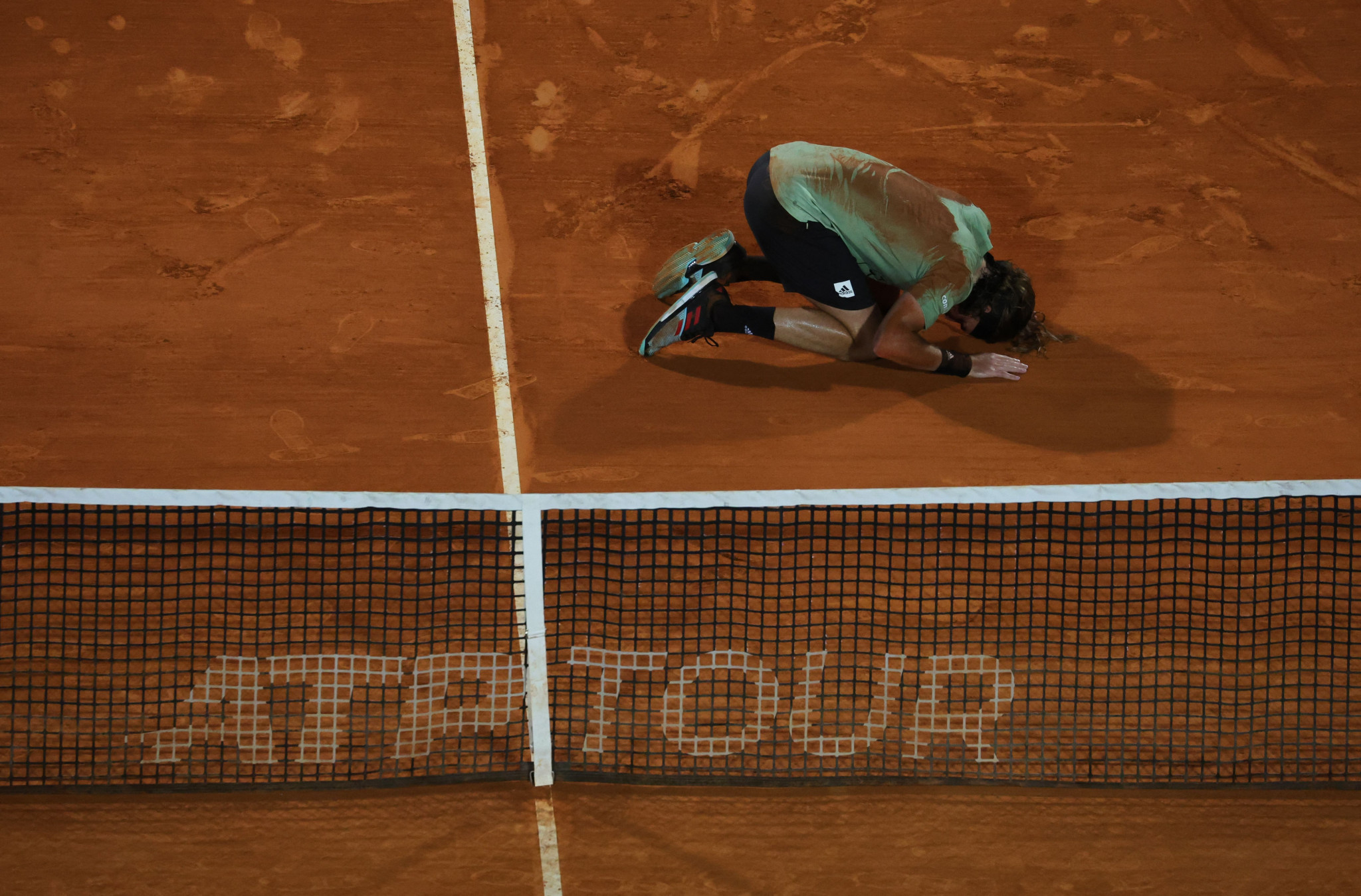 Reigning champion Stefanos Tsitsipas overcame a stern test from Diego Schwartzman to reach the semi-finals of the Monte-Carlo Masters.

The contest was the final quarter-final on a dramatic day at the ATP Masters 1000 event, which saw all four singles ties decided in three sets.

Tsitsipas had appeared on course for victory on Court Rainier III, with the Greek star winning the opening set 6-2 and taking a 5-2 lead in the second.

He was unable to complete a straight sets win as Schwartzman responded impressively, with the Argentine breaking back before winning the set on a tie-break.

Schwartzman, a French Open semi-finalist in 2020, appeared on the brink of completing an impressive comeback when he earned a double break advantage to lead the decider 4-0.

The contest had a final twist, with Tsitsipas winning six consecutive games to triumph 6-2, 6-7, 6-4 to keep his hopes of back-to-back titles at the event alive.

The defending champion will face Alexander Zverev in the semi-finals, after the German came from a set down to beat Italy’s Jannik Sinner.

The second seed lost the opening set 7-5, before battling back to take the second 6-3.

Zverev eventually booked his place in a second Monte-Carlo Masters semi-final by winning the deciding set on a tie-break, after a match which saw 10 breaks of serve.

Zverev is seeking a first tournament win of the season and knows claiming the title will close the gap to world number one Novak Djokovic in the rankings.

Spain’s Alejandro Davidovich Fokina, who beat Djokovic in the second round, continued his fine run at the tournament.

Taylor Fritz claimed the opening set of the contest 6-2.

Bulgaria’s Grigor Dimitrov will face the Spaniard in the semi-finals.

Dimitrov, who is based in Monte-Carlo, overcame Poland’s Hubert Hurkacz in his quarter-final match.

Dimitrov’s 6-4, 3-6, 7-6 victory set up a semi-final match between two seeded players in the top half of the draw, while the second and third seeds meet in the other section.