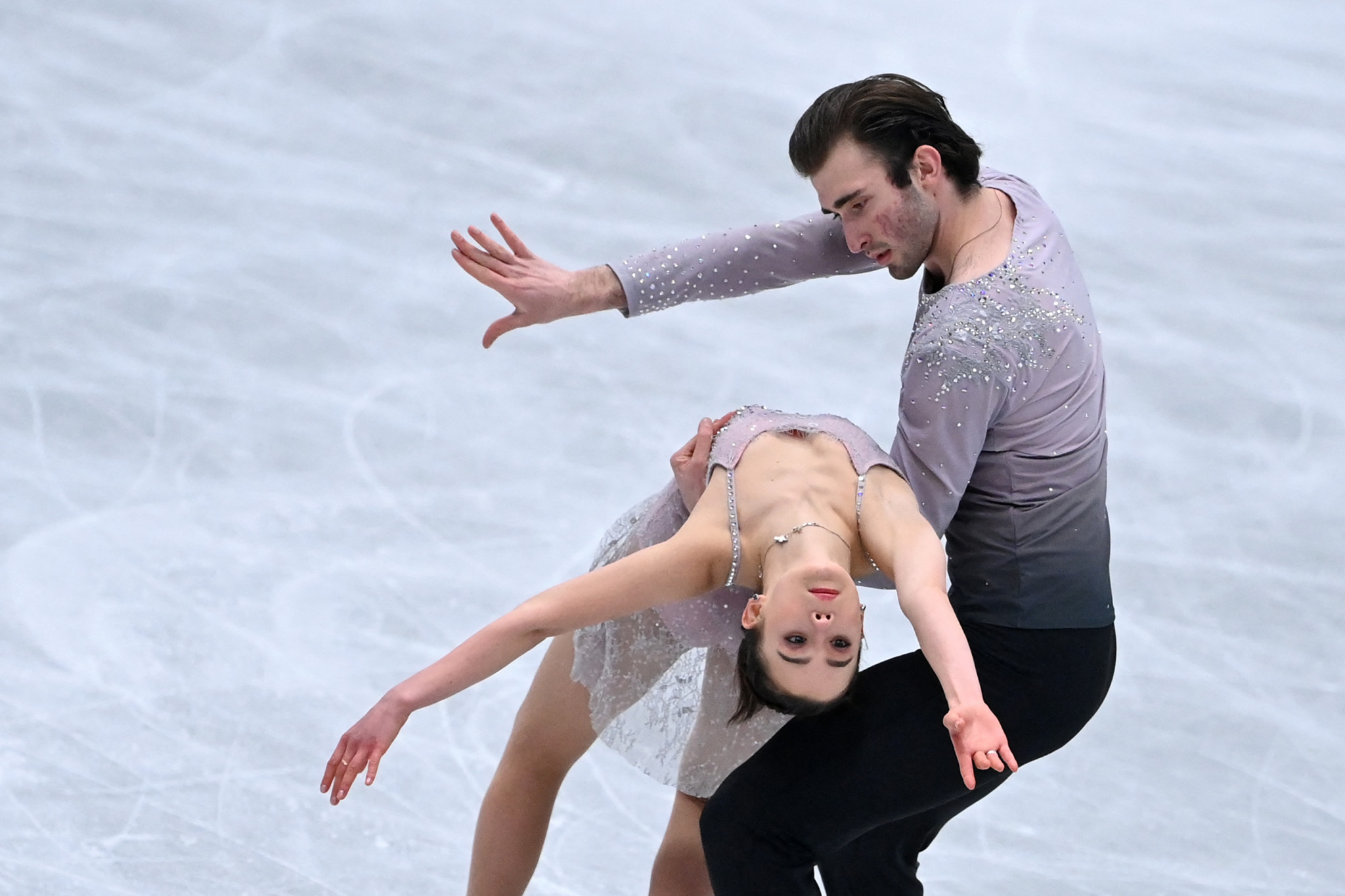 The pairing were hoping to become only the second Georgians to medal at the International Skating Union (ISU) event.

Maria Kazakova and Georgy Reviya had won ice dance silver two years ago, with the feat also achieved in the Estonian city.

Safina and Berulava led after the short programme yesterday, before achieving the highest score in the free skate.

The pairing achieved 120.35 points for their free skate, over 12 points clear of their closest challengers Anastasia Golubeva and Hektor Giotopoulos Moore of Australia.

Safina and Berulava ended the competition with an overall total of 188.12 points.

Golubeva and Giotopoulos Moore finished as the runners-up on 169.91, with Canada’s Brooke McIntosh and Benjamin Mimar completing the podium on 156.80.

Russia had swept the pairs podium at the past three editions of the World Junior Figure Skating Championships.

Athletes from Russia and Belarus have been banned from ISU events because of the invasion of Ukraine.

United States’ Oona and Gage Brown achieved a score of 66.98 points to lead after the rhythm dance section of the competition.

Natalie D'Alessandro and Bruce Waddell are second in the standings on 64.00 points, followed by compatriots Nadiia Bashynska and Peter Beaumont on 63.45.

Competition is due to continue tomorrow with the start of the women’s short programme, before the men’s singles concludes with the free skate.

Ice dance and women’s singles events are expected to bring the Championships to an end on Sunday (April 17).