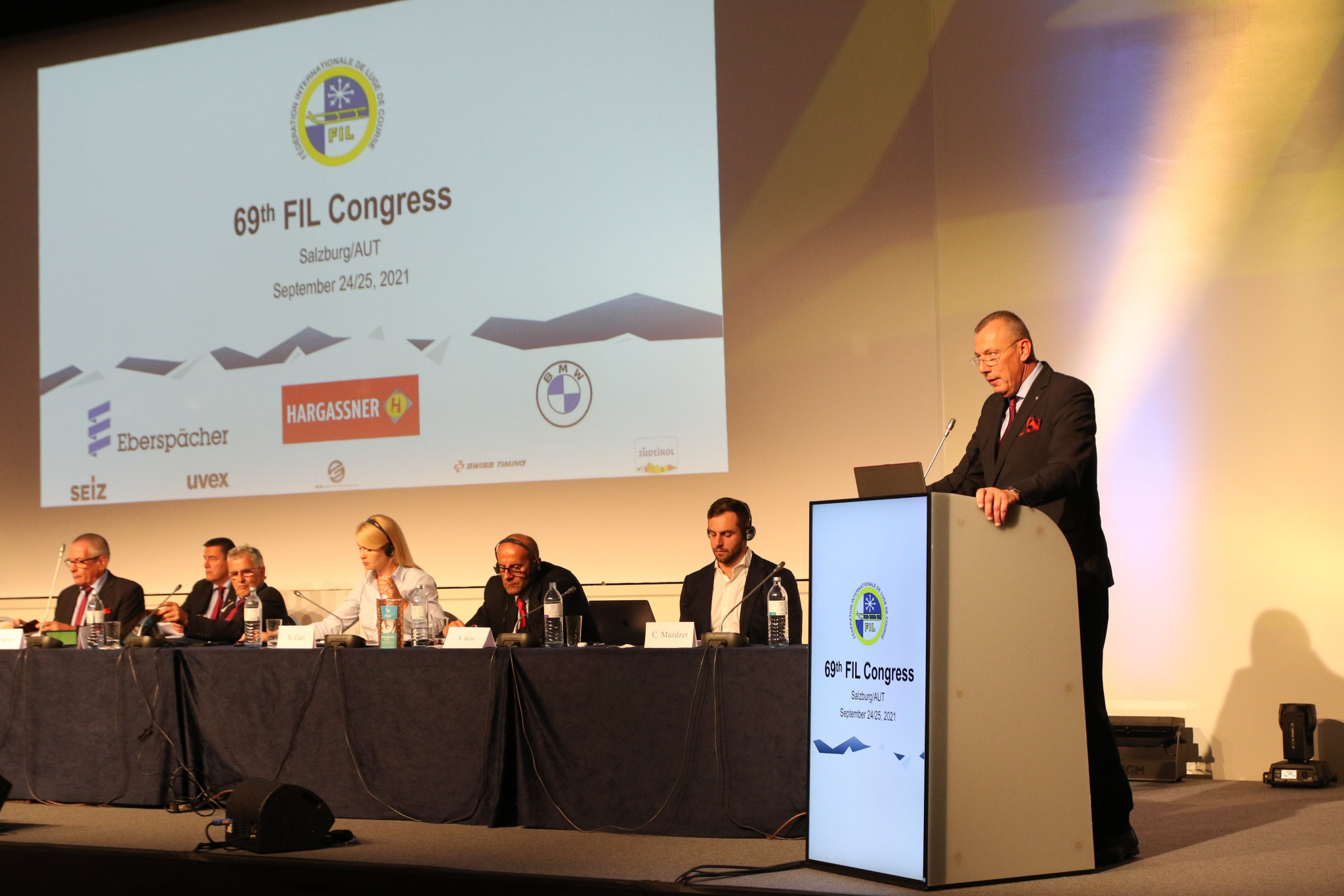 Austria is set to stage the International Luge Federation's (FIL) Congress for the second consecutive year, after Latvia was forced to withdraw "for administrative and logistical reasons".

The Congress is due to be held in mid-June with a firm date and location to be decided in consultation with Austrian Luge Federation (ÖRV) after the Easter holidays, which are due to finish on Monday (April 18).

Salzburg held last year's FIL Congress in September, after being announced as host just one week before the beginning of the event.

This followed a move from Beijing due to the COVID-19 pandemic and travel restrictions in China.

FIL thanked the Latvian Luge Federation for its cooperation and work in preparing for the 70th Congress, and said the move from Riga was made for "administrative and logistical reasons".

It also expressed its thanks to the ÖRV for stepping in at short notice.

The International Luge Federation is based in Salzburg, and is led by Latvian President Einars Fogelis.

It has 53 member National Federations.

The Congress in June has taken on added significance following recent rulings in relation to Russia.

Last Friday (April 8), it held its first ever Extraordinary Congress, where elected Russian officials including Executive Board member Natalia Garth were excluded from their positions, but a motion to expel the Russian Luge Federation (FSSR) following the invasion of Ukraine failed to secure the required two-thirds majority.

Of the 31 votes cast, 15 backed the move, 12 voted against it while four abstained.

The FSSR would therefore be permitted to attend the 70th FIL Congress if it goes ahead as scheduled in June.

FIL's Court of Arbitration upheld an FSSR appeal against the suspension of its athletes, coaches and officials from events, but its Executive Board has vowed to explore new ways to ban Russia from competing.

Any statute changes would require a two-thirds majority to be passed at the Congress.