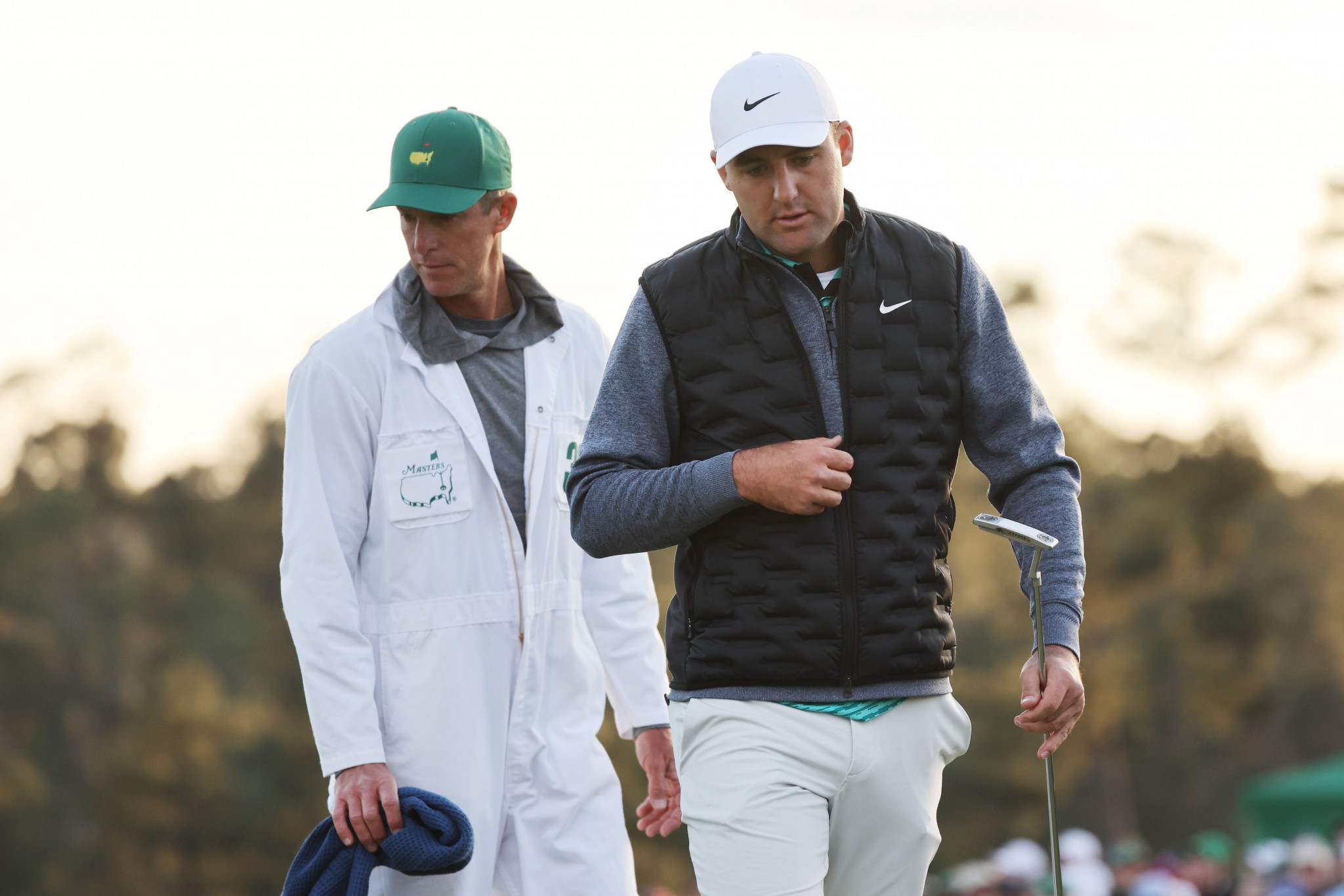 Scottie Scheffler made five bogeys in the third round of this year's Masters, cutting his lead down to just three shots despite several opportunities to maintain or even grow a huge advantage at Augusta National Golf Club.

The world number one went into the halfway stage with a five-shot lead over South Africa's Charl Schwartzel, South Korean Im Sung-jae, Japan's Hideki Matsuyama and Ireland's Shane Lowry; but ahead of tomorrow's final round, the title fight still looks alive.

Scheffler carded birdies on the second and third holes - and recorded six of them throughout the day - but was undone by four bogeys in his last seven holes as what had been a record-equalling 36-hole lead was cut to just three shots.

On the 18th, Scheffler knocked his ball into the trees to make a closing bogey, finishing with a day's score of one under par, now sitting on nine under for the tournament.

Australia's Cameron Smith had the most successful third round, moving into second on the leaderboard, now on six under.

Smith started the day six shots off Scheffler, but a round of 68 - which included six birdies - kept his dream of winning a first major alive.

Scheffler and Smith are arguably the world's two form golfers.

Scheffler has won three PGA Tour events in the last month to rise to world number one, while Smith also has two victories to his name this season - including winning golf's biggest-ever purse at the Players Championship last month.

Im sits in third on four under, recovering from a poor start which saw him produce a double bogey on the opening hole, with two more bogeys coming on the fifth and sixth.

However, he carded five birdies too to retain an outside chance of lifting the trophy.

Lowry and Schwartzel both scored 73 to fall further off the pace and are in joint fourth place on two under.

Matsuyama had a day to forget with five bogeys and a double bogey, dropping him down to two over.

American golf icon Tiger Woods also struggled, finishing with a third-round score of seven over, thanks in par to two double bogeys.

One round remains at the first men's golf major of the year in American state Georgia.