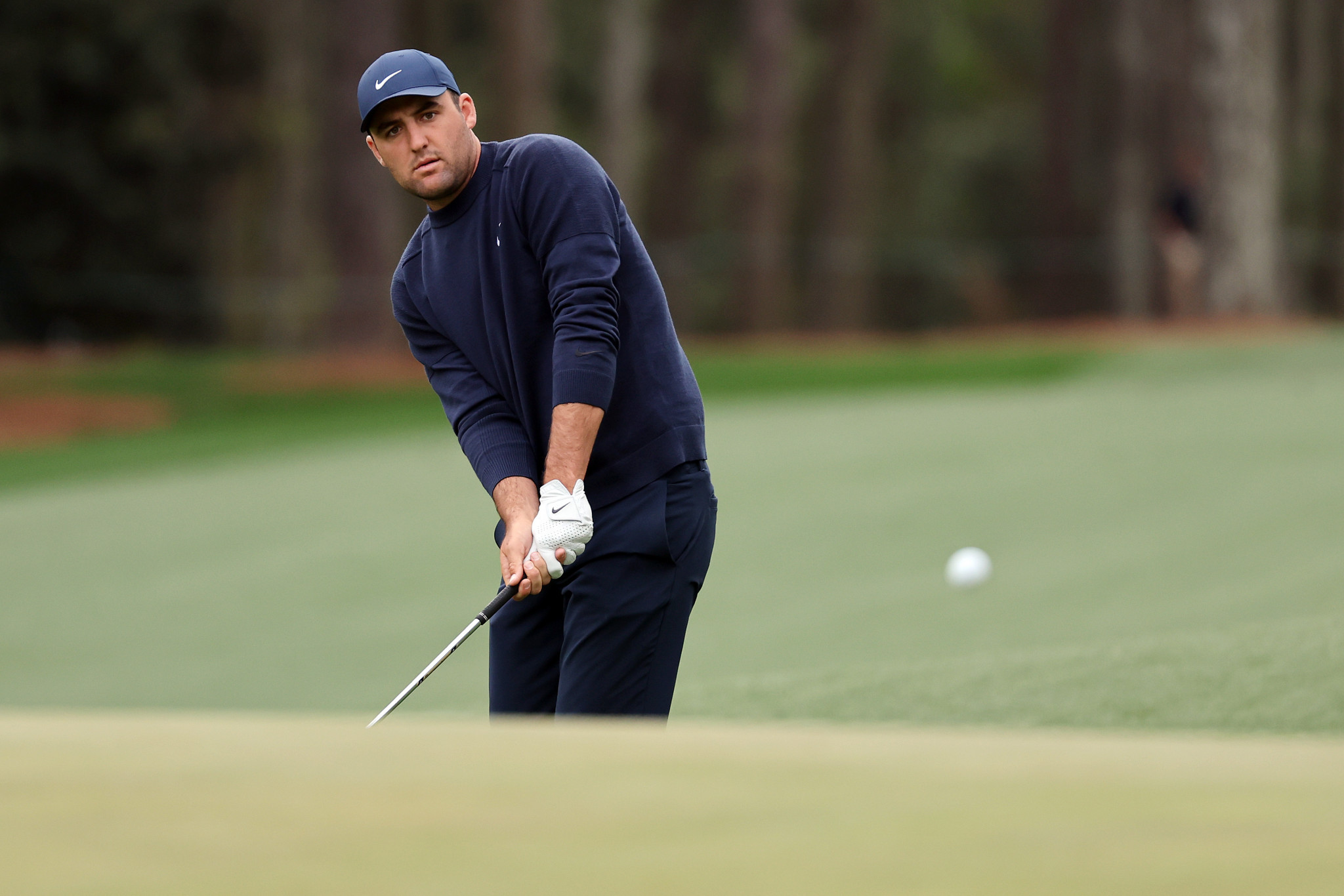 World number one Scottie Scheffler seized a five-stroke Masters lead with an expert second round of 67 at Augusta National Golf Club.

Scheffler made four birdies in five holes from the 12th to 16th and finished five under par for his round - a score nobody could better on day two of the first men's golf major of 2022.

Scheffler is eight under for the tournament and his five-shot lead is tied for the biggest-ever 36-hole Masters lead.

Only fellow American Justin Thomas could match Scheffler's 67, but Thomas is one under for the tournament and seven shots back after opening with a 76 yesterday.

The 25-year-old had never won on the PGA Tour before then, but the results cemented his rapid rise to world number one.

Ireland's Lowry dazzled with his iron play and could have been the story of the day in shooting a four-under 68, were it not for Scheffler.

South Korea's Im carded five bogeys in a two-over 74, but is still in contention.

Japan's Matsuyama made three birdies in the first six holes on his way to a 69, the same score as South Africa's Schwartzel.

In-form Australian Cameron Smith is at two under, following a disappointing 74, and tied with Americans Kevin Na, Dustin Johnson and Harold Varner III.

Johnson was Masters champion in 2020, when the tournament was played in November because of the coronavirus crisis.

Thomas, fellow American Collin Morikawa and England's Danny Willett are among the major winners on one under.

American great Tiger Woods, a 15-time major champion who before this week had not played a competitive round since November 2020, dropped back to one over.

The second-round 74 meant Woods made the cut with three shots to spare, and is nine stokes behind Scheffler.