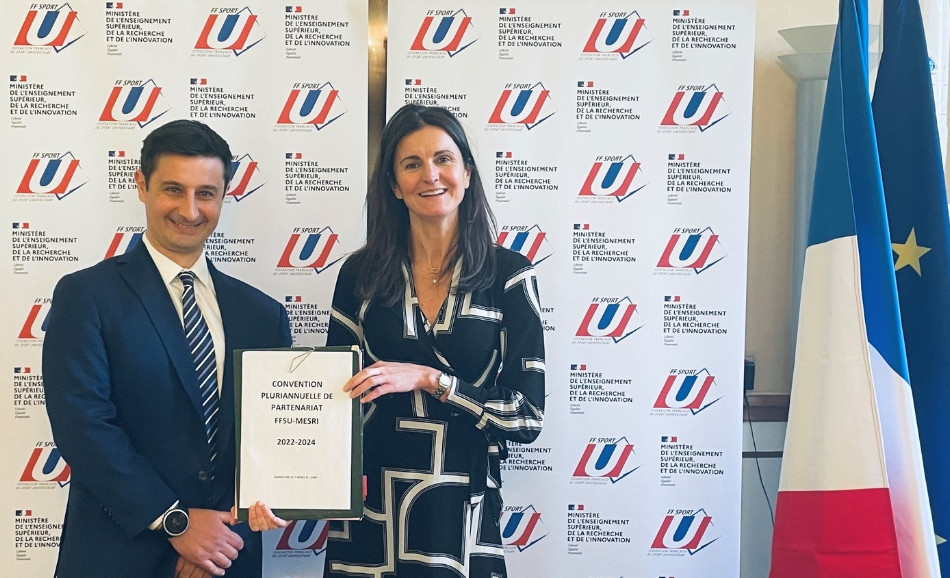 The French Federation of University Sport (FFSU) has entered a multi-year partnership with the French Ministry of Higher Education, Research, and Innovation.

The agreement will see the Government department pay the FFSU €5.2 million (£4.3 million/$5.6 million) a year.

The money is expected to be focused on strengthening access to university sport for disabled students and those in rural and isolated areas.

The partnership will run until 2024 and was signed by Anne-Sophie Barthez, Director General of Higher Education and Professional Integration and Cédric Terret, President of the FFSU.

The signing ceremony took place in the Ministry of Higher Education, Research, and Innovation headquarters in Paris.

"A big thank you to the Ministry for its support for the sports practice of students."

The deal is in line with FFSU's Paris 2024 legacy plan which features 31 measures divided into four areas.

The four areas are encouraging physical practice for all students, creating a culture of engagement within the FFSU, supporting and promoting the FFSU's high level sports students, and developing an Olympic and Paralympic culture to foster links between athletes in the French sporting ecosystem.