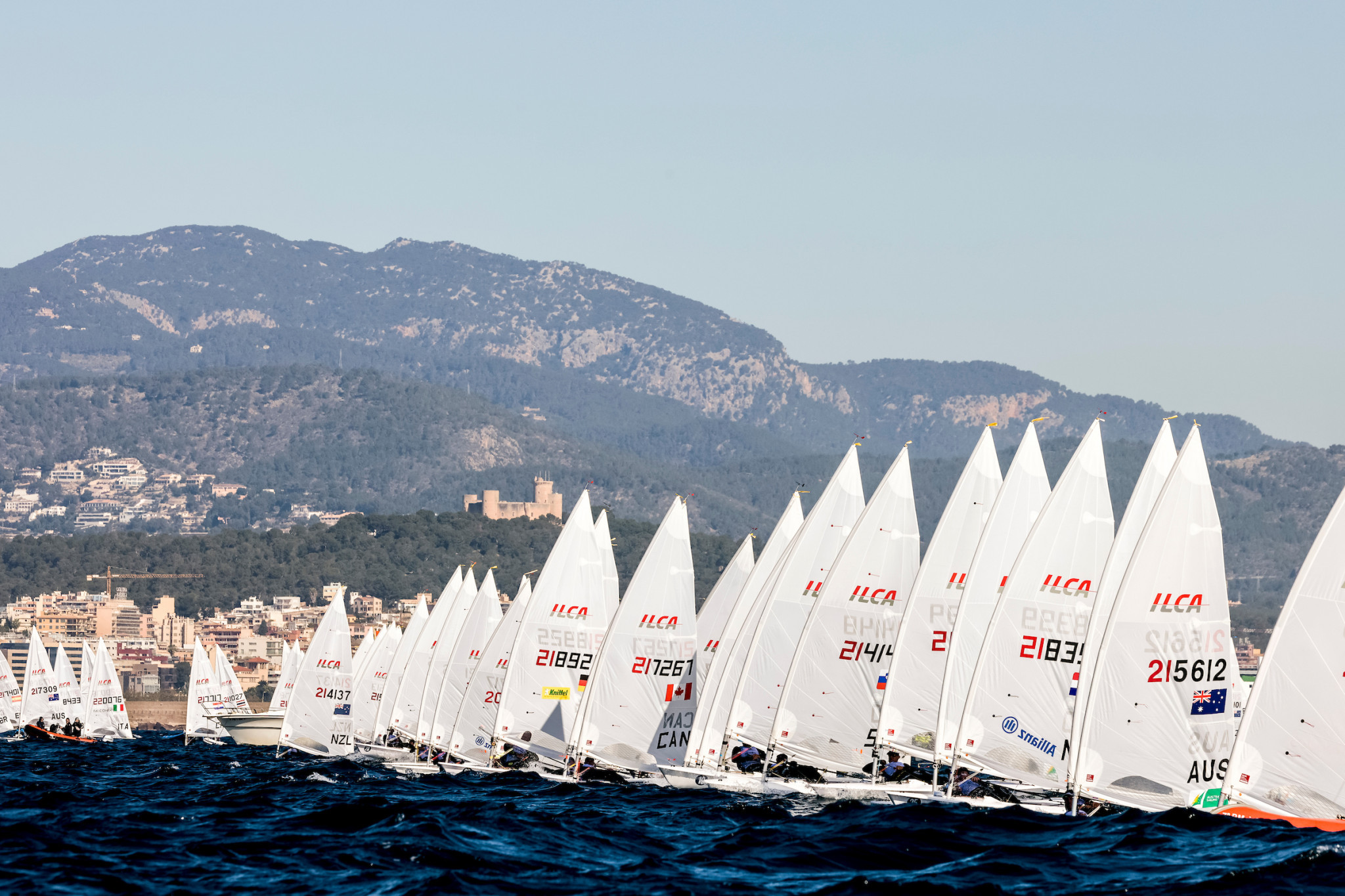 Theo de Ramecourt of France got the better of countryman Benoit Gomez in the Formula Kiteboard discipline of the Trofeo Princesa Sofia Mallorca in Spain while racing continued in nine other disciplines.

The Bay of Palma produced perfect conditions for the fourth day of competition as Gomez powered to victory in the opening heat in the Formula Kiteboard.

However, he was unable to maintain his form as De Ramecourt mastered the wind to take the next four heats which puts him three points ahead of his compatriot in the rankings while Slovenia's Toni Vodisek makes up the top-three, seven points off the lead.

"The wind and the waves were super-tricky, and it was very technical upwind and downwind, easy to lose control," said De Ramecourt.

"At the start of one race Toni got in front of my line just before the gun, so I had to stop and wait to get going.

"But it was a fun mission to play catch-up."

France are also excelling in the women's Formula Kiteboard event with Lauriane Nolot extending her lead over Britain's Ellie Aldrige to 11 points.

Canada's Sarah Douglas is flying in the ILCA 6 division.

🔛 Sunny and funny day 4 out there! #Mallorca in all its essence
📸 #trofeoprincesasofia photogs from @SailingEnergy are enjoying it! pic.twitter.com/81MmzuS4B5

She is also dominating in the ILCA 7 fleet with two wins from two while Olympic champion Matt Wearn of Australia continued his comeback from 32nd place and now sits third, despite only finishing 12th and third in today's action.

Britain's Michael Beckett still leads although he was forced to use a discard on his 14th place finish.

Luuc van Opzeeland was one of the most-consistent athletes in today's racing in the men's iQFOIL, scoring two bullets from five heats to propel himself to second overall.

His compatriot Islay Watson leapfrogged Frenchwoman Hélène Noesmie into first place in the women's iQFOIL standings and has a two-point advantage despite being disqualified in the first race of the day.

Spain's Jordi Xammar and Nora Brugman maintain a solid lead in the 470 Mixed class with a steady fourth and fifth today.

Jana Germani and Giorgia Bertuzzi were the most consistent team of the day, keeping all four race scores inside the top-six.

This lifts the Italians to fourth overall and just one point behind Sweden's Vilma Bobeck and Rebecca Netzler who also put in a solid day in the medium to strong conditions.