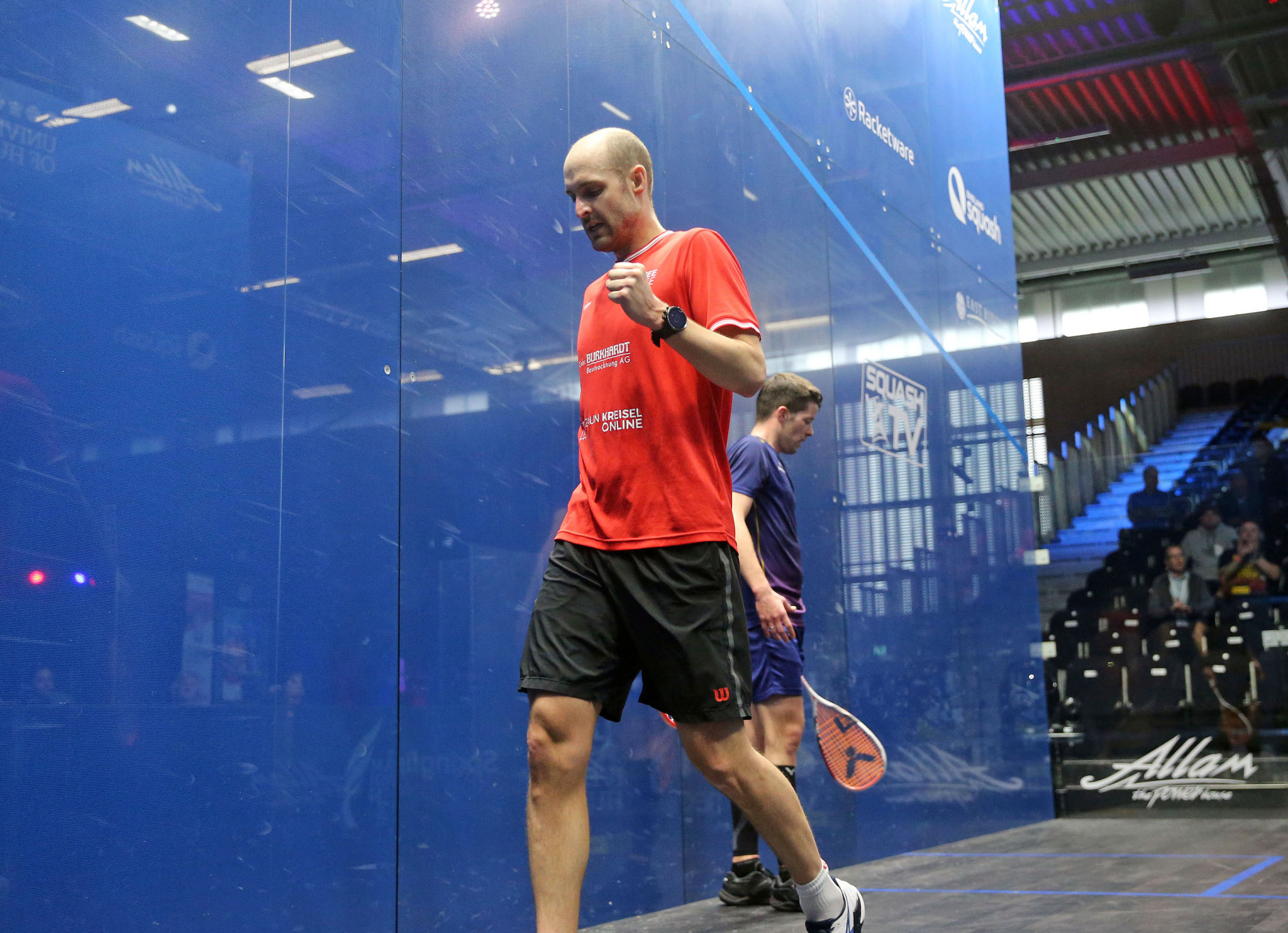 Raphael Kandra could not follow-up yesterday's giant-killing exploits at the British Open, being eliminated by Nicolas Mueller.

Mueller in turn made history by becoming the first Swiss player to reach the quarter-finals of the Professional Squash Association Platinum tournament.

Mueller overcame the German 11-6, 9-11, 11-5, 12-10 and credited a new nutrition regime with facilitating his improving form and a victory which took 52 minutes.

"I've changed a few things, my diet changed, I tried to eat less meat and be more fish-based and have less milk," Mueller said.

"My body has been behaving for three quarters of a year now, and when you know your body is fit, you can play with a different attitude.

"When I’m feeling good and confident I can hit winners from anywhere and I managed to back it up today."

Women's matches also went to seedings at the University of Hull.