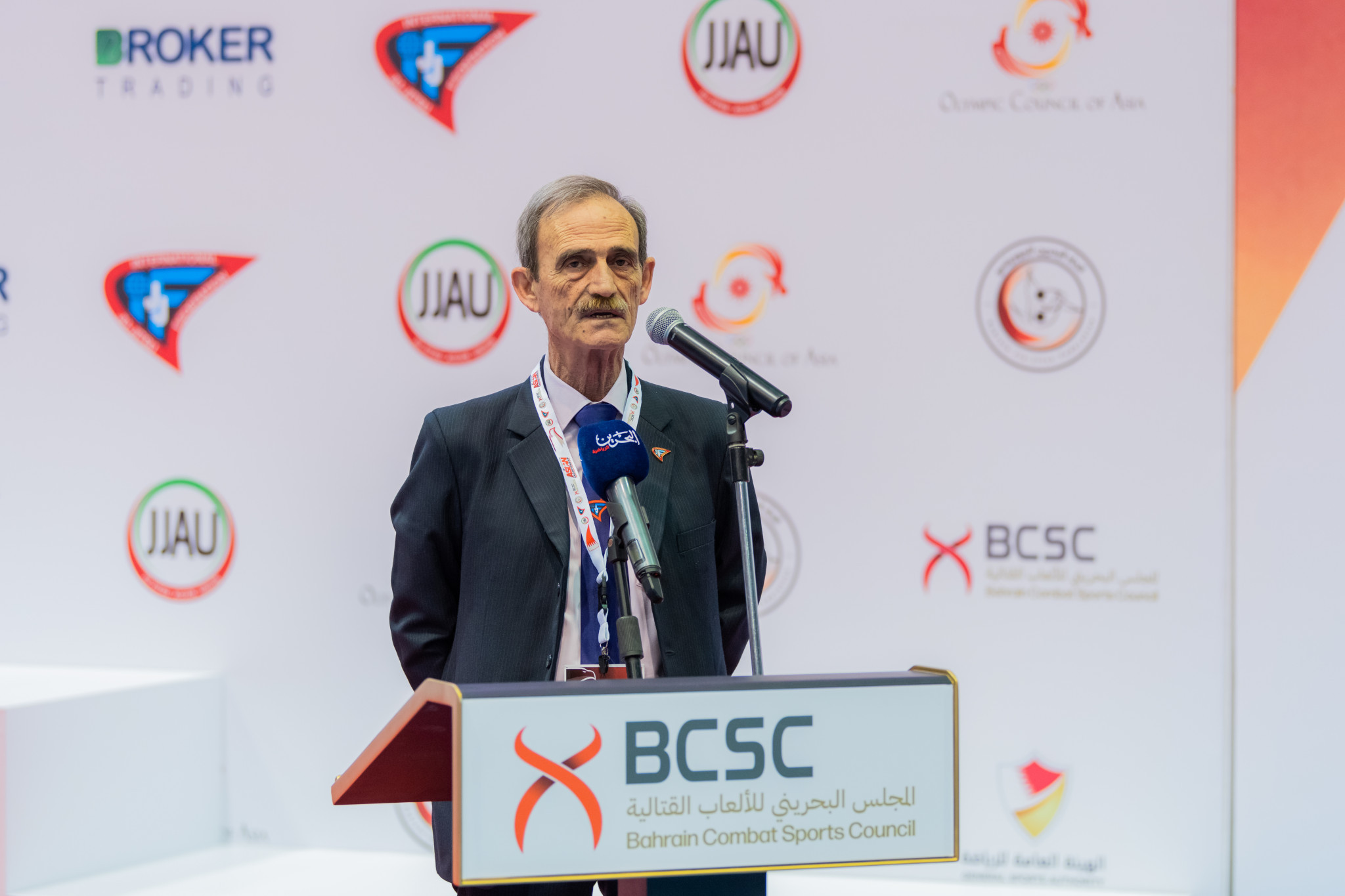 Ju-Jitsu International Federation (JJIF) President Panagionis Theodoropoulos is encouraged by an uptick in membership of the organisation and is maintaining the dream of seeing the sport played at the Olympic Games.

Speaking to insidethegames here at the Bahrain National Stadium during the Asian Ju-Jitsu Championships, the Greek administrator spoke of his pride at expanding the sport across the globe over the past 14 years.

"We are satisfied with our progress," said Theodoropoulos, adding that Asia’s expansion was particularly impressive.

"When I started as the President of the JJIF, we had 40 members, 14 years ago.

"Not all of them are active, but at least we have spread the sport in many countries.

"We try to help and attract more countries.

"As a partner in the Olympic Movement and our presence in GAISF [Global Association of International Sports Federations] and SportAccord, we have a very good reputation.

"Asia is the continent of martial arts.

"We are very satisfied as the Asian Games are very good and attract other countries, this gives us the opportunity to develop there extremely fast.

"Now we have good competition between Europe and Asia, the spread of medals is fantastic.

"You can find some countries that are very strong, but every year there are more countries getting better which is important to see the development is there."

The President echoed other delegates who have expressed an ambition to see the sport in the Olympic Games, but the JJIF is still short of International Olympic Committee recognition.

This has knock-on difficulties, Theodoropoulos explained, such as Greece's Government not financially supporting 7,000 ju-jitsu athletes or 300 clubs in the nation.

"We work as we can with the IOC," added Theodoropoulos.

"It's our dream to become an Olympic sport some day, but it is not so easy and it needs a lot of effort.

"We would love to play one small part in the Olympic Games, but we are satisfied - we are part of the World Games, the World Combat Games and the Asian Games and Asian Indoor and Martial Arts Games.

"We face problems as we are not recognised by the IOC.

"In many countries there is not enough financial support for the Federations to be everywhere.

"Mainly the Federations are working either because they have a good relationship with the Government and get some funding, or they get it from their families."

In November of last year, Theodoropoulos was re-elected for a three-year term at the helm of the JJIF.

The Asian Ju-Jitsu Championships are scheduled to conclude tomorrow at the Bahrain National Stadium in Riffa.