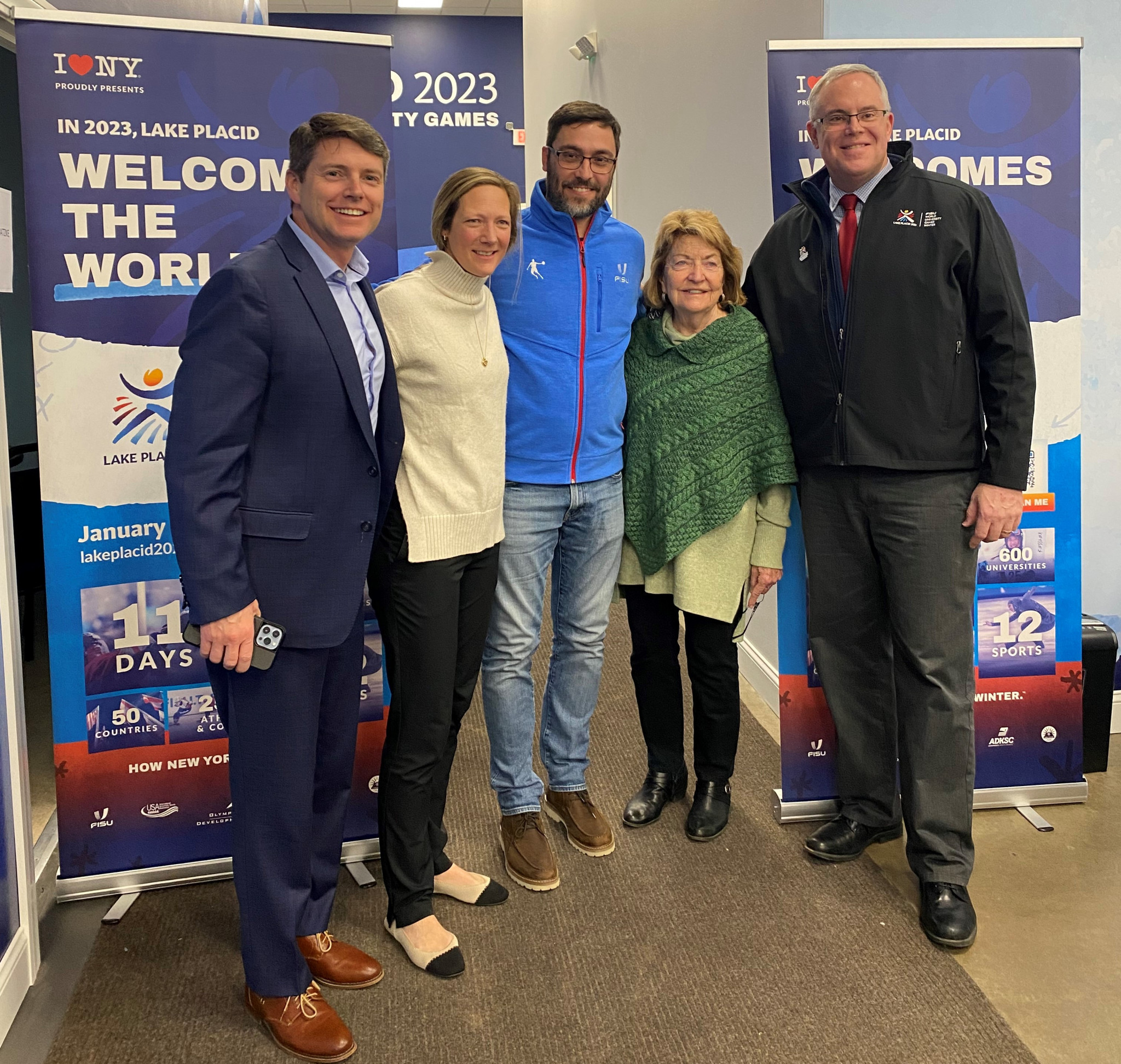 A FISU delegation was present to help open the headquarters, with the organisation inspecting preparations for the Games.

The Organising Committee said the open-plan design will help to promote better communication and encourage synergy among the staff.

"With the Games coming in January, this is an exciting time for the Organising Committee," said Ashley Walden, Adirondack Sports Council executive director.

"I'm excited to have everyone together in one setting, under one roof, so that we continue to grow as an organisation and a team and create the best Games' experience possible, not only for the athletes but for everyone involved."

The building is expected to be used by not-for-profit organisations after the Games.

Discussions were focused on planning and transportation, as well as the Opening and Closing Ceremonies of the Games.

"Lake Placid is on the map, it's going to be on the map forever.

"FISU is proud to be helping Lake Placid again in terms of relevance.

"From our side we want to be good neighbours, not only with Lake Placid but with all Organising Committees going through.

"For us, this is a second miracle.

"With a community of just a couple of thousand, it really shows that there’s a legacy here, that there’s an interest and a spirit."

The FISU delegation also attended a parade for local Winter Olympians, who had competed at Beijing 2022.

Around 1,600 athletes from 50 nations and 600 universities are expected to compete at Lake Placid 2023, scheduled to be held from January 12 to 22 next year.

It will be the second time Lake Placid has staged the FISU World University Games having last played host to the event in 1972.

Lake Placid has also hosted the Winter Olympic Games in 1932 and 1980.