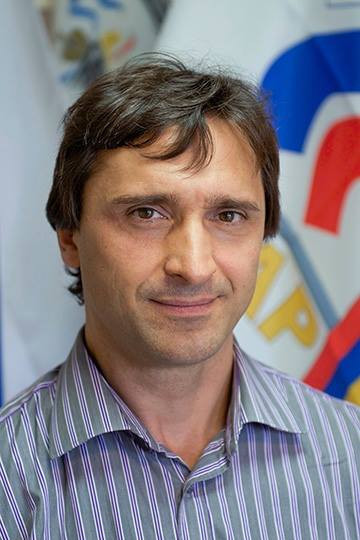 The Ukraine Weightlifting Federation (UWF) says the sport’s worldwide community should shun Maxim Agapitov after he showed his "active support" for Russia’s invasion of Ukraine.

Agapitov, who sits on the Executive Board of the International Weightlifting Federation (IWF), posted two short videos on Instagram and Facebook that prompted the UWF to issue a strongly worded statement.

"We believe that it is extremely important for our international weightlifting community to get rid of people who believe that killing many thousands of civilians is a wonderful thing to do," said the UWF from Kyiv, the Ukraine capital.

One of the videos was a brief clip of the pro-war rally on Friday (March 18) at which Vladimir Putin praised his nation’s "special operation" in Ukraine.

The other promoted an event in Sochi, the opening of a sporting "innovation centre" and was accompanied by a brief statement from Agapitov, who is President of the Russian Weightlifting Federation.

"Another manifestation of our ‘aggression’ is the development of science in sports," he wrote.

"The response is the implementation of a containment policy…"

This followed other social media comments by Agapitov after Russia’s invasion of Ukraine on February 24, and the sporting world’s reaction - sanctions, expulsions and cancellation of events.

Agapitov said these were "absolutely discriminatory decisions regarding Russian athletes' participation in international sports competitions, which were taken under the pressure of the International Olympic Committee.

"Sport must remain out of politics, any discrimination is unacceptable…"

The UWF statement said: "At this difficult time for Ukraine, we cannot be sure that we are safe, because the Russians are dropping bombs on almost all cities of our country.

"They are not fighting us, but are engaged in terrorism - killing civilians, destroying cities, kidnapping civilians.

"Only today it became known that the Russians abducted more than 2,000 children from Ukraine and took them to Russia, and are doing many more terrible things with our people who are fighting for their freedom.

"In these circumstances, Maxim Agapitov openly expresses his active support for this terrible war aimed at destroying the Ukrainian people.

"We Ukrainians have already realised that there are no ordinary Russians and no evil Putin.

"This is the choice of all Russians.

"And Maxim's position only confirms this.

"Now it is important that the world also sees that there is no sport outside of politics in Russia, because sport is politics there.

"And if you are not interested in the lives of Ukrainians, then ask yourself another question.

"If it is quite normal for Maxim for Russia to kill thousands of people, then what else is acceptable for him, including in weightlifting?

"Because for Russia it is a very important political achievement to win international competitions and such tasks are set for Maxim by the Government of the aggressor country."

The IWF suspended athletes, coaches and support personnel from Russia and its ally Belarus on March 3, and forbade Russia to host any IWF competitions - but it did not suspend Agapitov from its own Board.

When a UWF training centre in Chernihiv was destroyed in a Russian attack on March 9, the UWF spoke of the IWF’s "incomprehensible" statement and asked for clarification on Agapitov’s status at the governing body.

It never received a reply from the IWF.