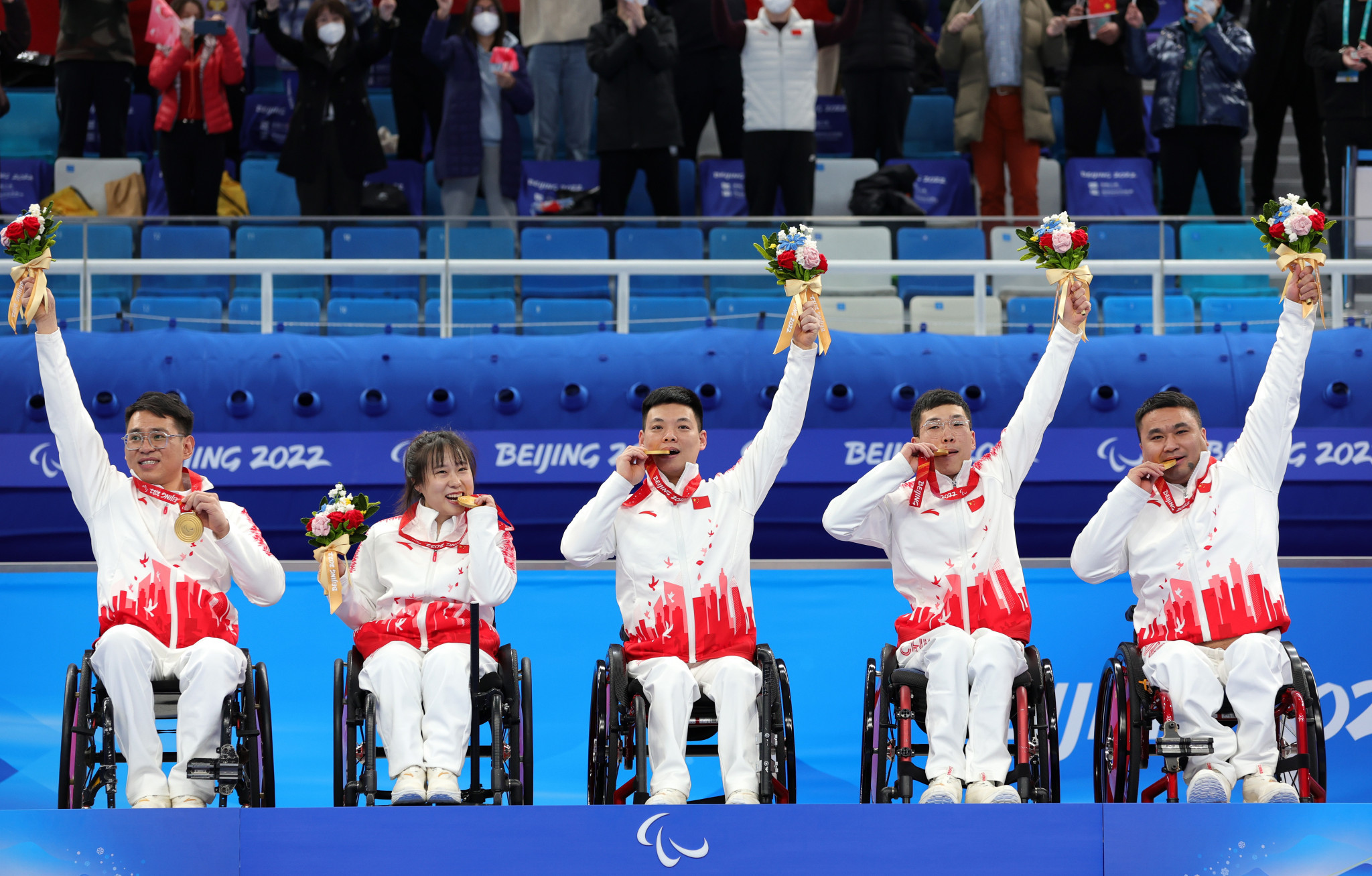 China have successfully defended their 2018 Paralympic gold medal in the wheelchair curling after a box office performance against Sweden on day eight of Beijing 2022 at the National Aquatics Centre.

The match ended 8-3 without a stone being thrown in the eighth end.

It started relatively well for Viljo Pettersson-Dahl’s Sweden, as they were on par with China’s take-outs.

The first end finished with no points on the scoreboard due to Chinese skipper Wang Haitao deciding to sacrifice the point to keep the hammer for the second end.

Wang then made no mistake of getting the right speed on the final throw of the second end to place it on the 12-foot ring to give China a 1-0 lead.

The low scoring trend continued as both teams were continuously taking out the other team’s stones.

Once Sweden levelled in the third end, it seemed China uncharacteristically blinked first under pressure of the take-out versus take-out contest.

Chen Jianxin made two mistakes in the fourth end to give Sweden a one-point steal.

First, Chen put too much speed on the stone, and it slid past the house.

Next, he attempted to perform a take-out, but Sweden’s stone remained marginally on the edge of the 12-foot house.

While Wang hit one of Sweden’s two stones out of the outer ring, the Swedes were leading 2-1 at the halfway point and the hammer rotation switched.

At this stage, the challengers were matching their opponents, who were heavy favourites at the start of the match.

However, China have proved they can move up gears in an instant and they demonstrated this strength yet again in the fifth end.

China, who had the hammer advantage, maneuvered into a position where they had three stones in the house compared to the Swedes' none despite three throws being left for each team.

Following another round of throws, Chen increased this to four - three in the eight-foot ring and one in the four-foot ring.

Buckling under Chinese pressure, Sweden held a long discussion on how to limit the damage moving into the final throw for each team.

After the meeting, they suffered the worst possible outcome.

Pettersson-Dahl missed his take-out to gift China the chance to score five points from the fifth end.

Luckily, Wang was short on his throw, but the score had still swelled to 5-2 and Sweden had the hammer in the sixth end.

This put Sweden into a precarious position where they were needed to take at least two points.

Ultimately, they finished the end by taking just the one.

China, who held the hammer advantage, cranked up their swagger even further in the seventh end, which was morale-breaking for the Swedes.

First it seemed Sweden could secure the steal they needed after skipper Pettersson-Dahl performed a fantastic counter-clockwise draw for the 13th throw to place a stone directly on the centre.

However, Wang Haitao bettered his counterpart by knocking both of Sweden's stones out of the house.

The final blow was Pettersson-Dahl leaving Sweden's final stone short of the centre.