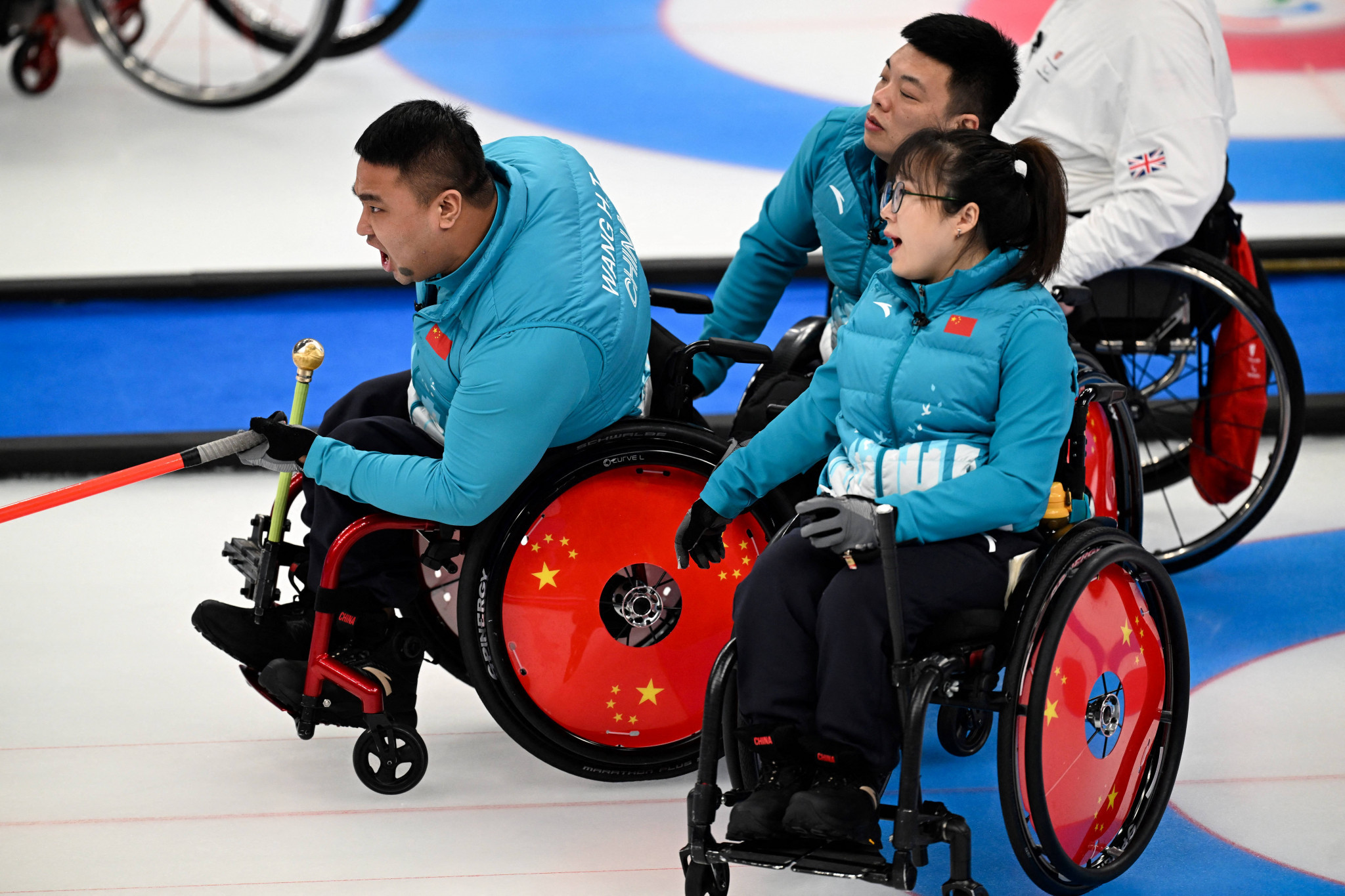 Defending champions China have finished top of the wheelchair curling standings following the conclusion of the round robin phase of the tournament at the 2022 Winter Paralympic Games in Beijing.

After back-to-back losses to start the competition, the hosts have since marched on to win eight consecutive matches at the Beijing National Aquatics Centre.

China cemented their qualification to the semi-finals with a 6-3 win over Great Britain in the morning session.

The match was delicately balanced when the fifth end started with Britain, already out of the tournament, leading 3-2.

As China have accomplished multiple times during the competition, they turned the match on its head quickly.

They took two points from the fifth end, a point from the sixth end and another point from the seventh end to push their opponents to throw in the towel midway through the eighth end.

Wang Haitao’s team later consolidated their position at the top with a 9-2 victory against Latvia.

On this occasion, China jumped out on their opponent from the start - taking a 6-1 lead after just four ends.

Latvia attempted to battle on, but it proved hopelss.

After winning one point in the fifth end, China added three more points in the sixth to force the Latvians to shake hands.

Slovakia finished second in the standings after capitalising on Sweden’s shock 10-4 loss to South Korea.

First, the Slovakians came from 6-3 down to lead 8-6 lead in the seventh end versus Switzerland.

The Swiss eventually gave up after the 14th shot in the eighth end.

Later in the day, Slovakia recovered from another deficit, this time against Estonia.

Hosts and defending champions China 🇨🇳 face Canada 🇨🇦 in a repeat of the 2018 semi-final.

Sweden 🇸🇪aim for first medal since bronze in 2010, and Slovakia 🇸🇰 reach the play-offs for the first time!#Beijing2022 #WinterParalympics pic.twitter.com/dbQQuq7ltE

Sweden, who finished third, confirmed their qualification thanks to a 10-7 victory against the United States.

Fourth place Canada also progressed thanks to a 7-6 triumph over Norway.

These events mean China are now due to face Canada in the semi-final tomorrow, while Slovakia will play Sweden in the other tie.

Other results of the day included the US and Britain ending their tournaments on a high.

The US defeated South Korea 7-6 and Britain beat Latvia 8-4.

Switzerland, who also lost 8-6 to Estonia, finished bottom of the standings with a record of one win and nine losses.