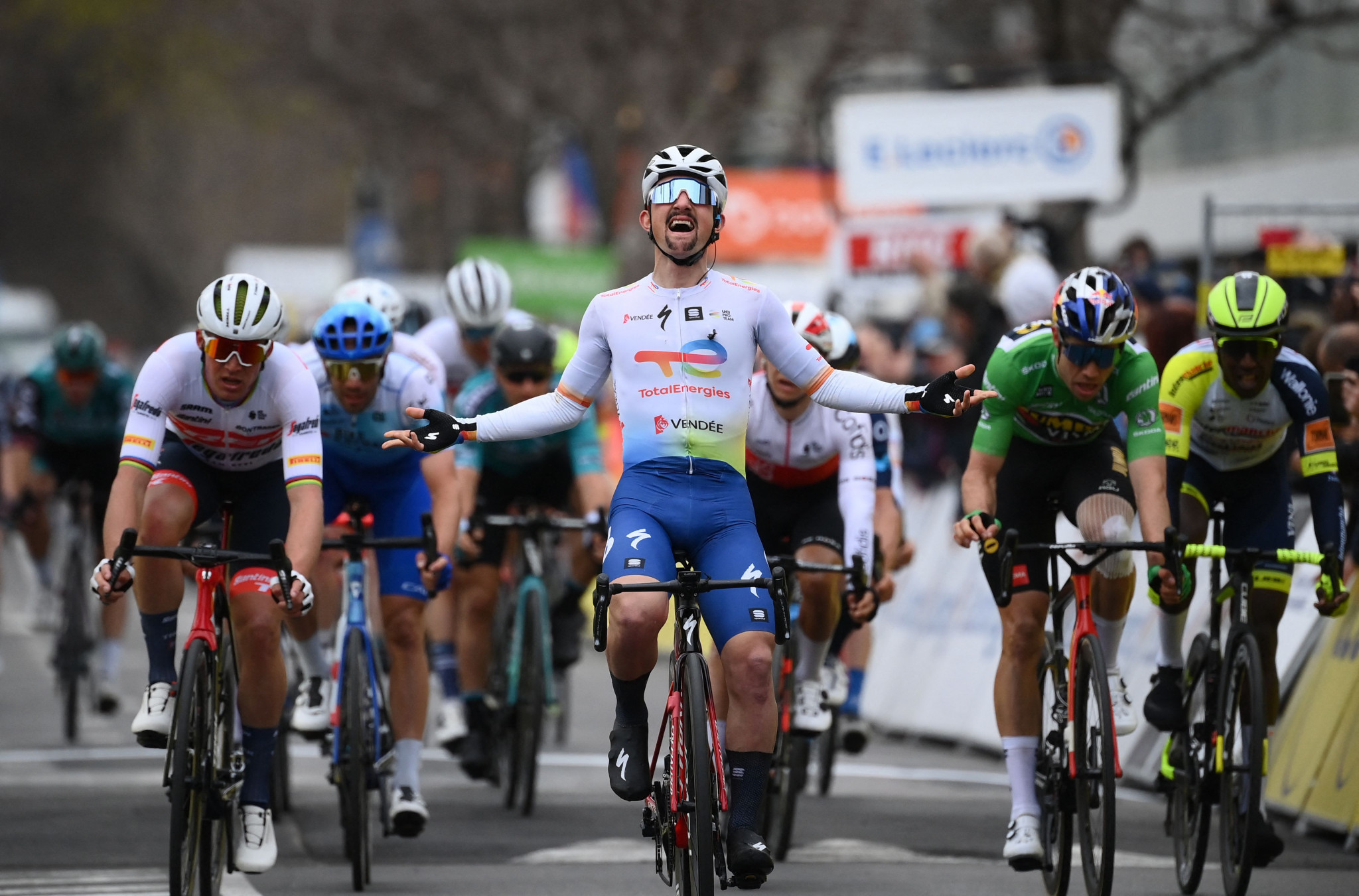 France’s Mathieu Burgaudeau earned his maiden professional victory after holding off the sprinters on stage six of Paris-Nice in Aubagne.

The peloton had largely controlled the 213.6 kilometre stage, which began in Courthézon, but a series of late attacks threatened a potential sprint finish.

Denmark’s Soren Kragh Andersen attempted a solo breakaway on the descent of the day’s final climb, the Col de l’Espigoulier.

His attack was ended with 15 kilometres remaining, but the peloton were unable to preventing Burgaudeau launching an attack of his own.

The TotalEnergies rider jumped clear with nine kilometres left of the stage, leading to a frantic pursuit by the sprinters’ teams.

Burgaudeau held a five second advantage heading into the final kilometre, where he was challenged by a sprint from Denmark’s Mads Pedersen.

Burgaudeau crossed the line a bike length clear of the 2019 world champion, with 23-year-old triumphing in a time of 5hrs, 33mins, 6secs.

Pedersen and Belgium’s Wout Van Aert completed the top three on the same time as the winner.

⛰ Over 200km before a breathtaking conclusion. ?
? Here are the highlights of the 5th day on #ParisNice pic.twitter.com/vztFfgJIrt

"The legs felt great, and it has been like that since the start of the season, but cycling is not only a physical matter," said Burgaudeau.

"You need confidence, you need to be in a good position mentally, and it’s probably that little spark that I’ve missed on a few occasions.

"I’ve been close on many occasions and this time I take it in style.

"Too many times I’ve seen races on the TV where riders were caught just before the line.

"I didn’t want to experience that."

The stage had no impact on the top of the general classification with Slovenia’s Primož Roglič remaining top of the standings.

The Lotto Jumbo rider holds a 39 second advantage over Britain’s Simon Yates, with France’s Pierre Latour in third a further two seconds down.

Tomorrow is expected to be a pivotal day in the general classification, due to the 155km climbing stage from Nice to Cole de Turini.

The International Cycling Union (UCI) WorldTour race is then set to conclude on Sunday (March 13).