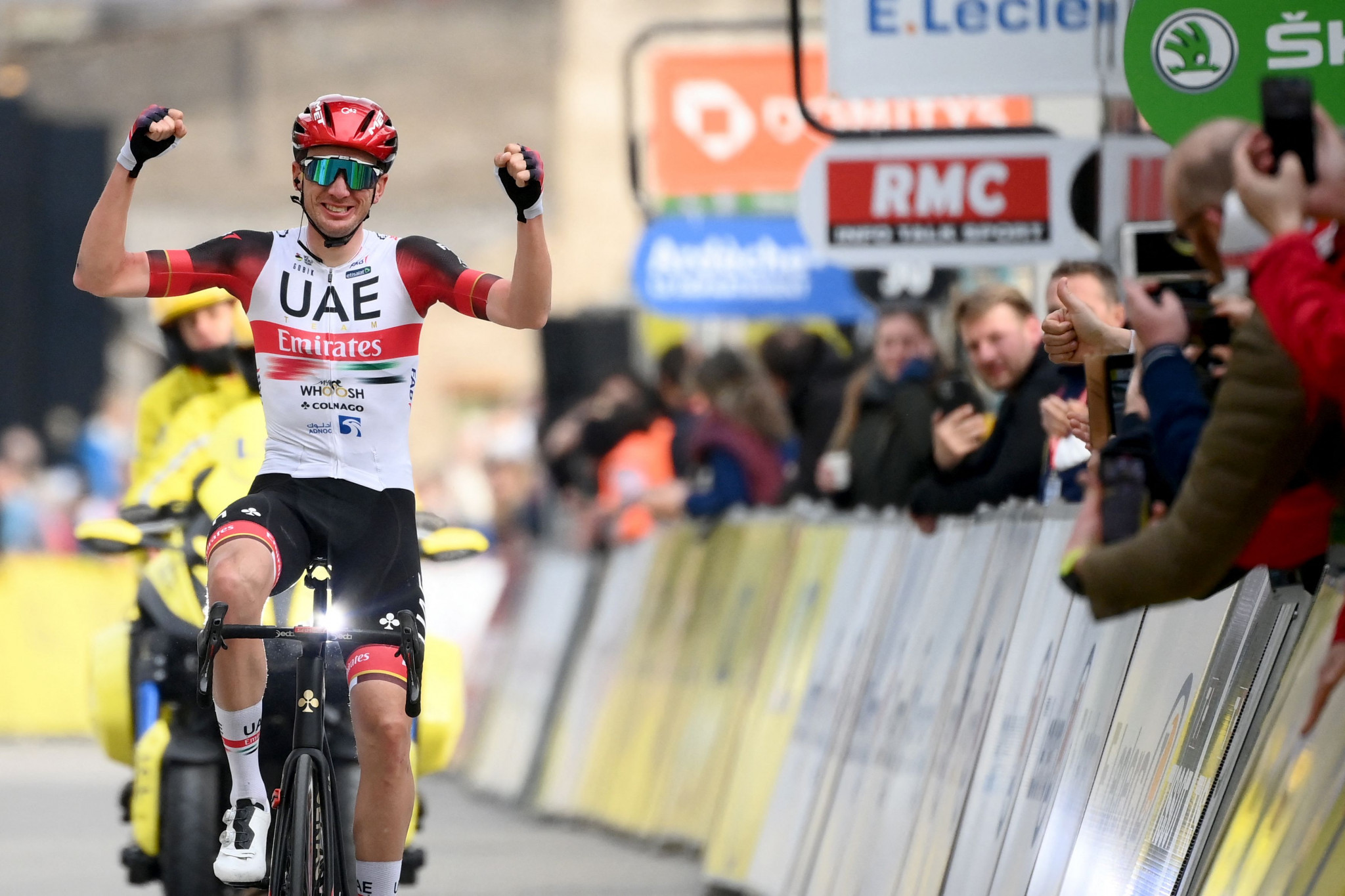 McNulty had formed part of a 10-man breakaway group on the 188.8 kilometre hilly stage, which began in Saint-Just-Saint-Rambert.

The UAE Team Emirates rider launched an attack with 39 kilometres remaining, as the group climbed the Col de la Mure.

The trio were unable to regain contact with McNulty, who increased his advantage to over two minutes as he closed on the stage victory.

McNulty crossed the line in a winning time of 4 hrs 53mins 30secs.

Bonnamour and Jorgenson crossed the line at 1:58 down, with the general classification group ending 5:42 behind the winner.

The group did not feature race leader Wout van Aert, with the Belgian having been dropped inside the final 40 kilometres of the stage.

The yellow jersey passes to Slovenia’s Roglič, who becomes the third Lotto Jumbo rider to lead this year’s race after France’s Christophe Laporte and Van Aert.

Roglič holds a 39 second advantage over Britain’s Simon Yates, who is his nearest challenger in the general classification.

France’s Pierre Latour is third at 41 seconds down, with Colombia's Daniel Martinez and Russian cyclist Aleksandr Vlasov completing the top five at 56 and 59 seconds behind.

Three-time Vuelta a España winner Roglič will be seeking his first Paris-Nice title.

Racing will continue tomorrow with the sixth stage seeing the peloton complete a 213.6km course from Courthézon to Aubagne.