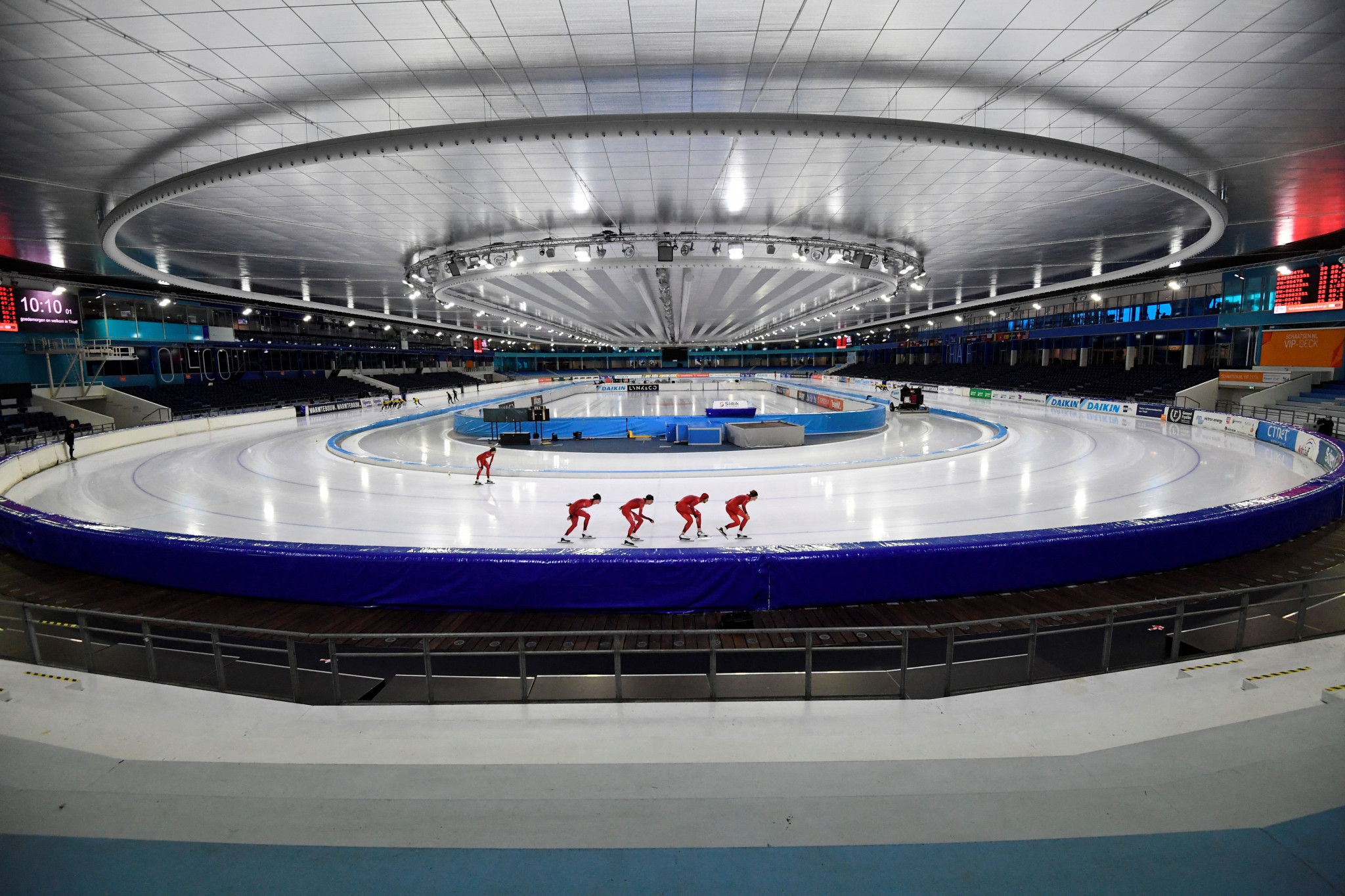 Full crowds are set to return to the Thialf Arena in Heerenveen for the first time since the start of the coronavirus pandemic, as the International Skating Union (ISU) Speed Skating World Cup Final concludes the season.

The weekend's season finale, scheduled to take place tomorrow and Sunday (March 13), comes after a busy few months of speed skating, which has included the Winter Olympics in Beijing and the World Speed Skating Championships in Hamar, Norway.

The absence of Russian and Belarusian skaters, banned by the ISU in response to the invasion of the war in Ukraine instigated by Russia, aided by Belarus, will also make this a unique competition.

Canada's Laurent Dubreuil is the current ISU World Cup leader and favourite in the 500m race.

He is looking for a strong finish after disappointing results in Beijing.

Dubreuil said: "To me, the best skater in the world is supposed to be consistent throughout the whole season."

Another notable absence from the competition will be men’s 500m Olympic Champion Gao Tingyu of China.

Olympic champion Thomas Krol of The Netherlands starts as favourite to win on home soil in the men’s 1,000m.

Joey Mantia from the United States has dominated the men’s 1500m so far and will be hoping to continue this trend in Heerenveen this weekend.

Finally, Sweden’s Nils van der Poel will be looking to take home his final 5,000m win this weekend before he retires at the end of the season.

? It's time for the World Cup final this weekend!

Check the time schedules ⏰ and get ready ?⬇

Van der Poel has been dominant in the 5,000m and 10,000m distances in the last few years and is hoping for a fond farewell from the enthusiastic Thialf Arena crowd.

In the women’s 500m, the American Erin Jackson is set to take on her first race as Olympic champion.

After almost missing out on Beijing due to a placing mishap, Jackson hopes to end the season with a win in Heerenveen.

Jackson’s team mate Brittany Bowe has been equally dominant in the 1,000m race and is looking to beat her Olympic rivals Miho Takagi from Japan and Jutta Leerdam from the Netherlands.

Bowe is also in the mix for the 1,500m distance but all eyes will be on Dutch speed skating legend Ireen Wüst who will be competing in her final race after an illustrious Olympic career.

The Netherlands Irene Schouten is hoping to cap off a successful season with a win in the endurance events but will have to fend off competition from many rivals.

Sunday (March 13) is set to conclude with the mass start finals, where Schouten will team up with Marijke Groenewoud to try and give a home win in front of what will likely be a boisterous home crowd.

In the men’s race, Belgium’s Bart Swings is looking to build on his Beijing 2022 gold medal with a final mass start win of the season.