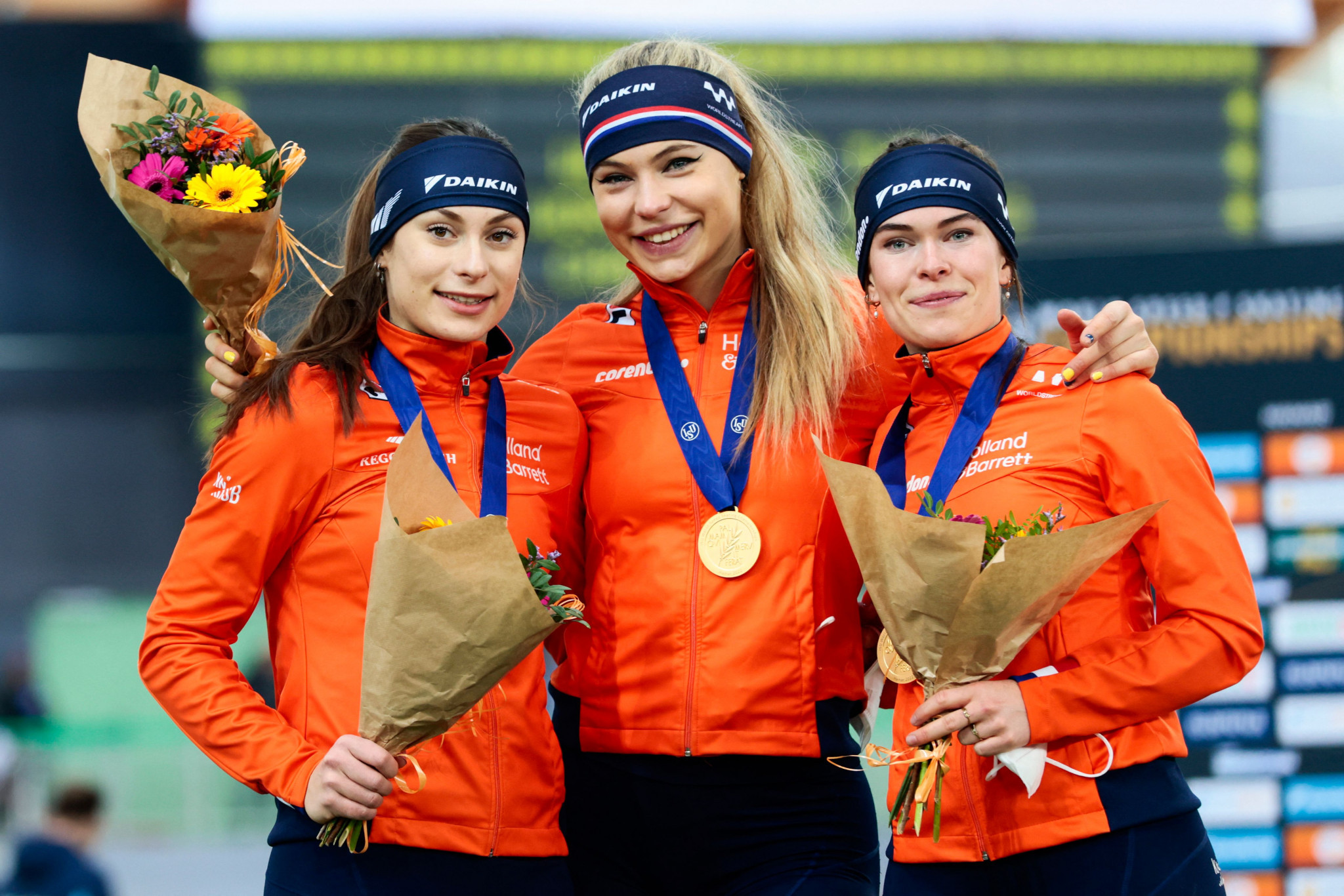 The trio completed the event in a winning time of 1min 20.01sec to take the title, ending 0.79 clear of Poland’s silver medallists Marek Kania, Damian Zurek and Piotr Michalski.

There was Dutch success in the women’s event with Jutta Leerdam adding to her sprint title yesterday.

The Olympic silver medallist was joined by Dione Voskamp and Femke Kok, with the trio winning team sprint gold in 1:27.42.

The 500m race saw Dmitry Morozov of Kazakhstan triumph in a personal best of 36.12 seconds, following by Japan’s Riku Tsuchiya and Norway’s Peder Kongshaug, who tied for second in 36.40.

The Dutch star followed the performance with a second place finish in the 5,000m event, which was won by Beijing 2022 Olympic champion Nils van der Poel.

Japan’s Miho Takagi leads the women’s event, aided by winning the 500m sprint race in a time of 38.31.

Her compatriot Ayano Sato and Kazakhstan’s Nadezhda Morozova were her closest challengers in 38.49 and 38.59.

2022 Olympic 500m silver medallist Miho Takagi ?? is off to a great start in the World Allround tournament ?

Compatriot Antoinette de Jong was second at 2.90 seconds down, followed by Ragne Wiklund of Norway and the Czech Republic’s Martina Sáblíková who finished in times of 4:01.16 and 4:01.50.

The results give Takagi the lead after two events, with the 27-year-old having earned a score of 78.765.