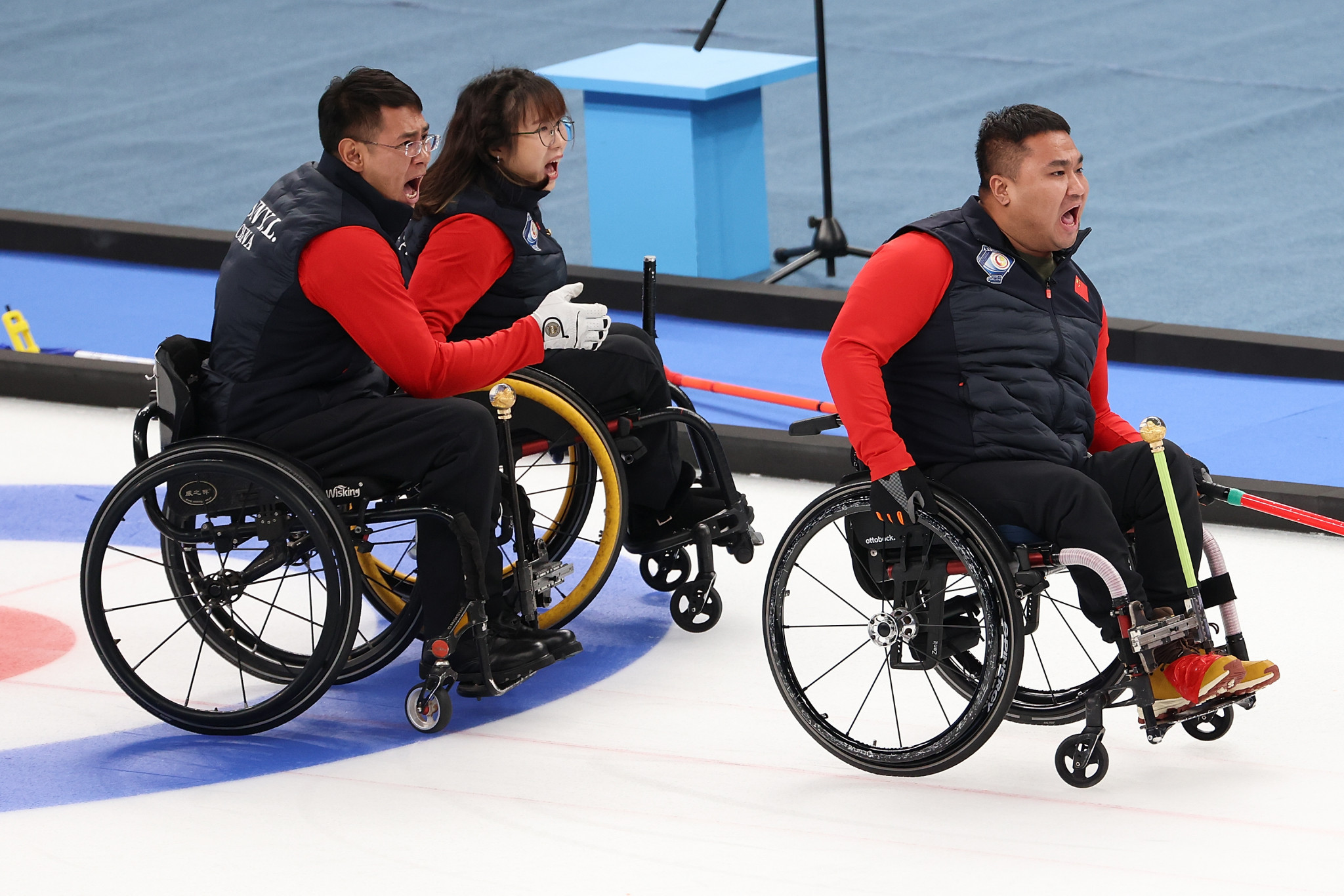 Wang Haitao's China got off the mark in their third match of the wheelchair curling tournament at the Beijing 2022 Winter Paralympic Games, beating Estonia after two difficult opening ties at the National Aquatics Centre.

This morning, China followed on from a defeat to Mark Ideson's Canada yesterday with another loss - this time to Viljo Pettersson-Dahl's Sweden.

Sweden maintained their 100 per cent streak by beating the Paralympic and world champions 5-1, stealing three times in a row from the fourth to the sixth end.

Relief would come later when Wang's rink were comfortable 9-3 winners against Andrei Koitmae's Estonia, starting off with a score of three in the first end.

Canada remained top of the table with their third victory, defeating a complacent Latvia 10-3.

Polina Rozkova's quartet would recover well to score an 8-4 win over Radoslav Duris' Slovakia in the late game.

The pivotal moment was a steal for two in the sixth, followed by a steal of three in the seventh.

Norway lost their 100 per cent record against Go Seung-nam's South Korea with the score finishing 9-4.

Go had earlier lost 8-7 in an extra end to Laurent Kneubühl's Switzerland.

Only Canada and Sweden remain undefeated on three and two wins respectively.

Latvia and Norway are joint-third with two wins and a loss, followed by Britain on one win and one loss.

China is one of five teams who have won one and lost two and Estonia have yet to claim a victory after two matches.