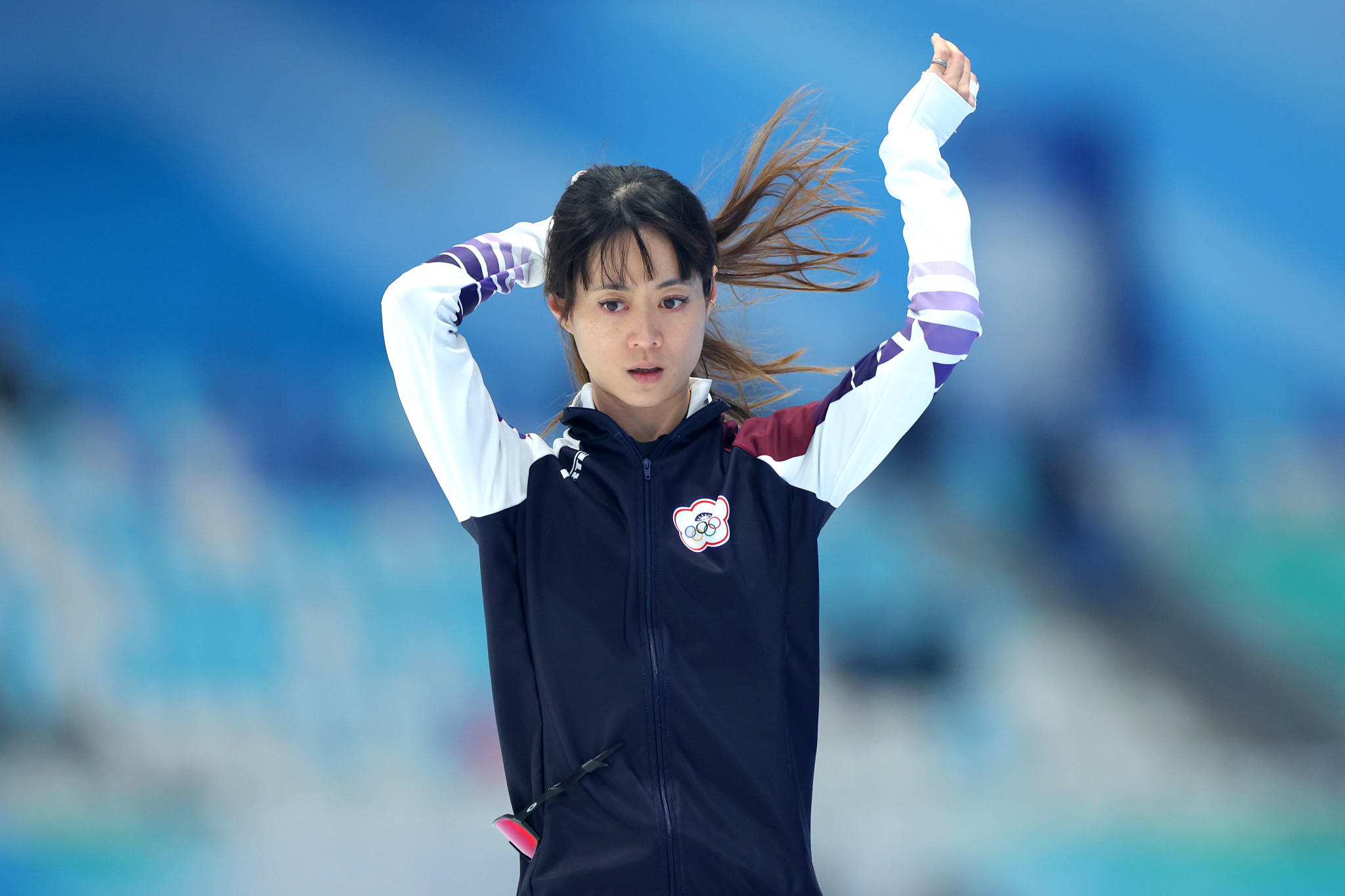 Taiwan's Sports Administration has cut speed skater Huang Yu-ting's funding for two years, after she was shown in a video to be wearing the China national team's uniform prior to the Beijing 2022 Winter Olympics.

Huang had posted a video of her in training for the Games while wearing the China national team uniform on January 23.

The post was later deleted amid a backlash in Taiwan, as its relations with China continue to worsen.

Huang defended wearing the kit, insisting that she had been given the speed skating suit by a friend.

The speed skater had caused further controversy after saying she felt "at home" in China during the Beijing 2022 Winter Olympics.

A decision has now been made to cut funding to the speed skater for the next two years, following a meeting held yesterday.

"Huang Yu-ting and coach Huang Jinlong expressed their apologies for their thoughtful behaviour during the meeting, and hoped that such mistakes can be avoided in the future," a Taiwan Sports Administration statement read.

"After thorough discussion by the participants, due to Huang Yu-ting's repeated controversial words and deeds during the preparation and participation in the Beijing Winter Olympics, which hurt the honour and image of the delegation, violated the identity of the national team, and did not meet the purpose and benefit of the government's subsidy to train athletes.

"It is decided to stop subsidizing Huang Yu-ting's two-year project training and competition funds from now on.

"The Beijing Winter Olympics delegation reminded athletes to be cautious in their words and deeds to avoid blurring the focus of the competition.

"However, Huang Yu-ting continued to make inappropriate words and deeds during the Beijing Winter Olympics, including publicly uploading videos of wearing Chinese team uniforms and personal social media during the preparations for the Winter Olympics."

Huang had served as a flagbearer for Chinese Taipei at the Beijing 2022 Winter Olympics.

The Democratic Progressive Party is the majority ruling party in Taiwan and repeatedly vows to defend its democracy.

The dispute over Taiwan's sovereignty is why athletes from the country compete as Chinese Taipei in the Olympics, after a compromise on the name was reached in 1984.

At Beijing 2022, the Taiwanese Government had said athletes would not participate in the Opening and Closing Ceremonies because of travel issues and the COVID-19 protocols in the Chinese capital.

Beijing 2022 spokesperson Yan Jiarong sparked controversy in a press conference during the Winter Olympics, when declaring "there is only one China in the world".

Taiwan's Foreign Ministry hit back at her comments, saying Yan had used an Olympic venue to conduct improper political propaganda.